A close family friend tells Eyewitness News that Von Kurnatowski was shot when his gun accidentally discharged while he was hunting. 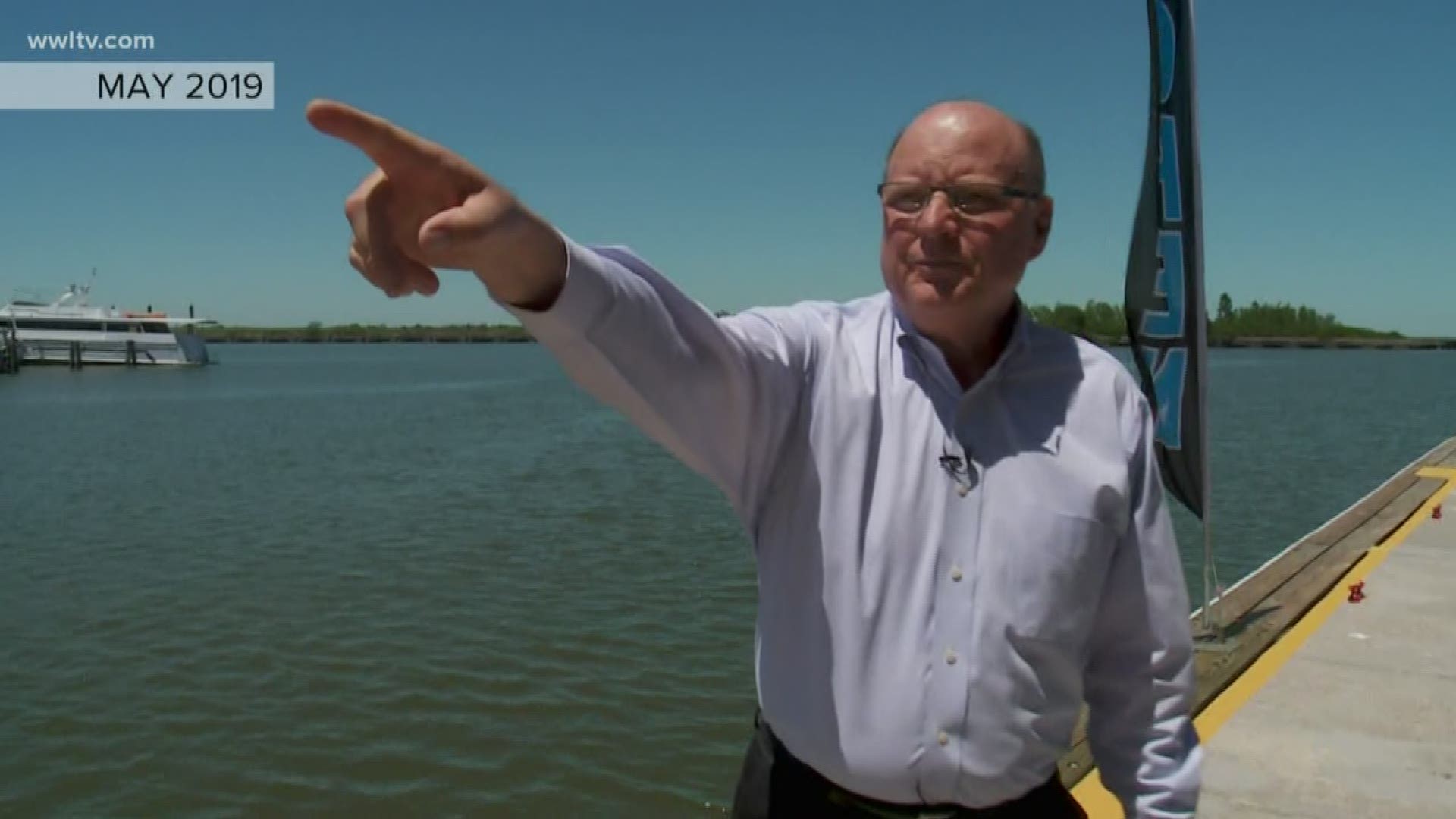 Von Kurnatowski died at a farm he owns in Carriere, Miss., which he often used as a weekend getaway. A close family friend tells Eyewitness News that Von Kurnatowski was shot when his gun accidentally discharged while he was hunting. Neighbors saw Hancock County sheriff’s deputies and the coroner on the property shortly before 8 p.m. Sunday.

Hancock County Coroner Jim Faulk told WWL-TV he does not suspect foul play, but the cause of death is still under investigation.

Von Kurnatowski was a real estate developer with properties across the Gulf South. But he emerged as a player on the New Orleans music scene when he purchased Tipitina’s music club from its founders in 1996.

Former Mayor Mitch Landrieu put out a statement about his friend:

"I was so sorry to hear about his loss. Roland was kind and family-centered and a good friend. We will miss him."

Von Kurnatowski and his wife Mary later formed the nonprofit Tipitina’s Foundation to provide instruments for schools and music education and practice venues for underprivileged children. Foundation records show they provided more than 5,000 new or refurbished instruments to schools over the last 15 years, and the annual Instruments A’ Comin concert at Tipitina’s became a major fundraiser and musical happening.

He also teamed with hand surgeon Eric George to renovate the Orpheum Theater in downtown New Orleans. George credited Von Kurnatowski and his wife with creating the architectural vision and  using their own construction crews for a $15 million project that was widely praised.

"Roland's commitment to the culture of New Orleans through the Tipitina's Foundation was unmatched, and the exquisite renovation of the Orpheum Theater by Roland and Mary returned a New Orleans treasure we thought was lost forever," Landrieu said.

The Tipitina's Foundation developed a network of music studios at or near some of Von Kurnatowski’s real estate developments in New Orleans, across Louisiana and into Texas. Close friends and associates lauded Von Kurnatowski for his work supporting local music, something he always said he came to accidentally when he bought Tipitina’s and came to care about deeply.

"In the beginning, we didn’t run (Tipitina's) expecting to make any money," Von Kurnatowski said in an interview in May. "It was losing money. But we knew we’d do something better with it later."

But questions arose in 2018 about business ties between the nonprofit and Von Kurnatowski’s private companies. At the same time, several investors filed lawsuits against Von Kurnatowski, claiming they had each given him hundreds of thousands of dollars to invest in U.S. treasuries and he had used it instead on his real estate projects.

Von Kurnatowski also started having major financial trouble in late 2017. Several performers claimed he bounced checks to them after their performances at Tipitina’s and the Orpheum.

His partnership with George on the Orpheum and the music studios across the state turned sour.

Von Kurnatowski sold his half of the Orpheum in the summer of 2018 and all of Tipitina’s to the funk band Galactic last November, promising to use the proceeds to pay investors who wanted their money back from an investment fund he had established in 1987.

But he wasn’t able to pay the investors and asked for patience, even as some said they desperately needed their money to pay for medical care. Earlier this year, when WWL-TV confronted Von Kurnatowski with several investment documents that contradicted his story, he chalked it up to clerical errors.

Von Kurnatowski told WWL-TV he had moved the money originally intended for treasuries in a fund called Bond Fund One and transferred it to BF-I LLC, a fund to support his real estate ventures in the mid- to late-1990s. But documents show he signed up new investors as recently as 2009 with documents showing the money would be invested in treasuries.

Several investors told WWL-TV that they were desperate to cash out their investments to pay for elder and medical care. Von Kurnatowski told them several times their money would be available soon, but was unable to deliver on those promises.

After WWL-TV confirmed the federal investigation, several of the civil lawsuits against Von Kurnatowski were put on hold. Attorneys representing several investors said the cases should now be able to move forward again.

Court records indicate BF-I terminates at Von Kurnatowski's death, meaning the investors should be able to see what's in the fund and how much of the money is liquid. The most recent documents in court records show the fund had more than $13 million in early 2008, but Von Kurnatowski claimed it was not liquid.

At least one of Von Kurnatowski's long-time investors, Los Angeles-area businessman Chris Grayson, told WWL-TV he never lost faith in his friend and business partner. Grayson said he believed if he had a little more time, his ongoing real estate projects, such as apartments in Shreveport and an entertainment venue near New Orleans Lakefront Airport, would begin to bear fruit and investors could get their money back.

"We were chatting a month ago about the Lakefront property," Grayson said. "You could hear it in his voice -- an enthusiasm I hadn’t heard in a while. I still believe he could have done it. My heart just goes out to Mary and his family. He was a dear friend and business partner and this is a very difficult day."

Von Kurnatowski is survived by his wife of 28 years, Mary, their 15-year-old daughter, Mary Grace, and two adult children, Roland and Caroline. He also had three grandchildren and two surviving sisters.