Too late for mandatory evacuation in New Orleans, shelter-in-place called for Saturday night

Cantrell asked all residents who can to evacuate, but if you're staying in the city you need to shelter in place starting at Midnight Saturday night. 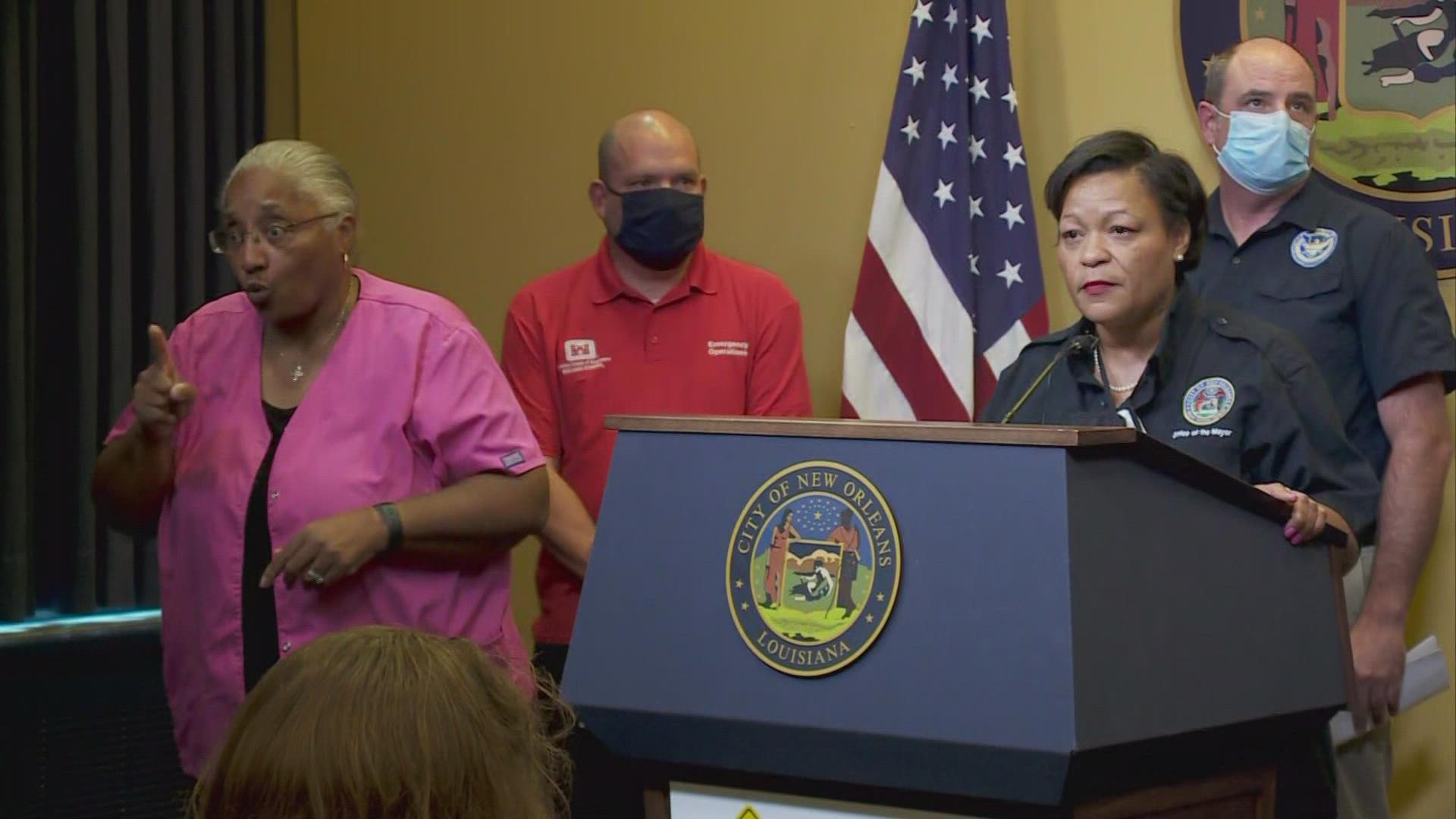 NEW ORLEANS — It's too late to call for a mandatory evacuation in New Orleans, so Mayor LaToya Cantrell is asking all residents who do not evacuate to shelter in place for Hurricane Ida.

Cantrell and New Orleans emergency leaders called a press conference on Friday after Hurricane Ida's forecast continued to strengthen. It is now forecast to make landfall west of New Orleans as a Cat. 4 storm.

"Time is not on our side," Cantrell said. "The City can not issue a mandatory evacuation because we do not have time."

The governor said earlier in the day that it was also too late to implement contraflow on the interstates.

The mayor is asking that all New Orleans residents who don't evacuate to shelter in place no later than midnight Saturday night.

The mayor noted that the National Weather Service told her that people living inside New Orleans' levee system should be safe from the storm, but high winds and flash flooding are still an issue.

Hurricane Ida is a Cat. 4 storm as of Friday afternoon and is still getting stronger. The National Hurricane Center forecasts the storm making landfall in southeast Louisiana on Sunday afternoon or evening as a Cat. 4 hurricane with winds of 140 mph.

Wind, rain, and storm surge will all be threats. We are expecting conditions to worsen late Saturday and throughout Sunday.