"Whoever is responsible for reviewing these violations is not doing their job." 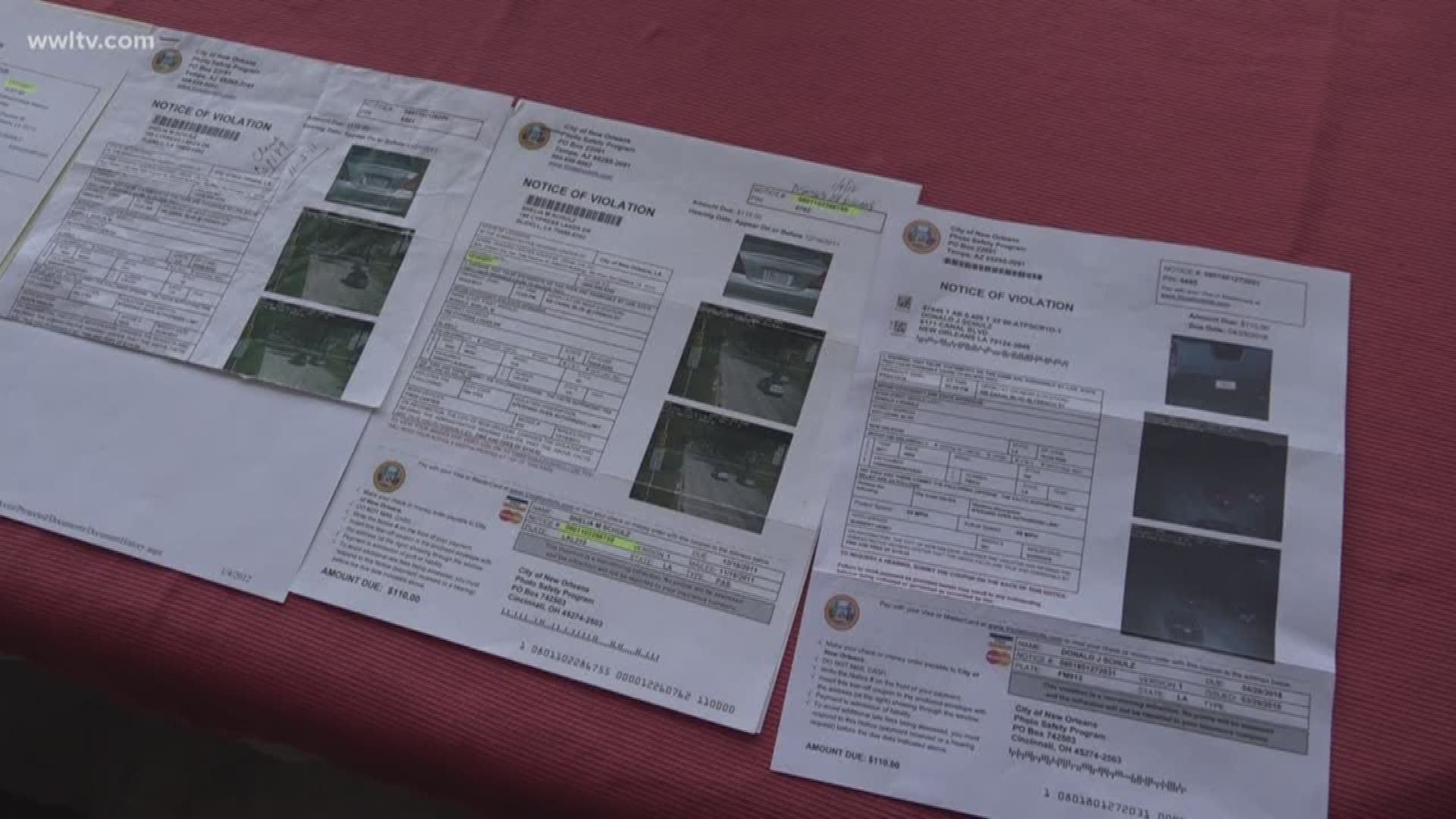 NEW ORLEANS -- Some residents who live along Canal Boulevard in Lakeview say they're are getting speeding tickets when their cars aren't even moving.

Donald Schulz estimates he's gotten 10 or 11 since 2011. In the picture from the traffic camera, you can see Schulz's car parked outside his house on the side of the road, but the camera picked up his license plate, instead of the plate on the car that was speeding.

"I'm legally parked in front of my house and yet I get the citation," Schulz said.

Each time it happens, Schulz has to take time out of his day to go to city hall and refute the ticket.

"Sometimes it will take an hour," Schulz said.

NOPD officers signed off on these tickets before sending the fines out.

"Whoever is responsible for reviewing these violations is not doing their job," Schulz said.

The City says the ticket in question has been dropped and that the City's contractor will reinforce and train their technicians in proper vehicle identification techniques. Still Schulz is wondering how many more tickets he'll get.

"Now I'm back in the line of fire and I'm receiving a speeding ticket on my legally parked car," Schulz said.