Tremé struggles with loss of important people, cultural events due to COVID

The historic neighborhood is struggling in the midst of the COVID pandemic with the loss of cultural events and some of the people that made them happen. 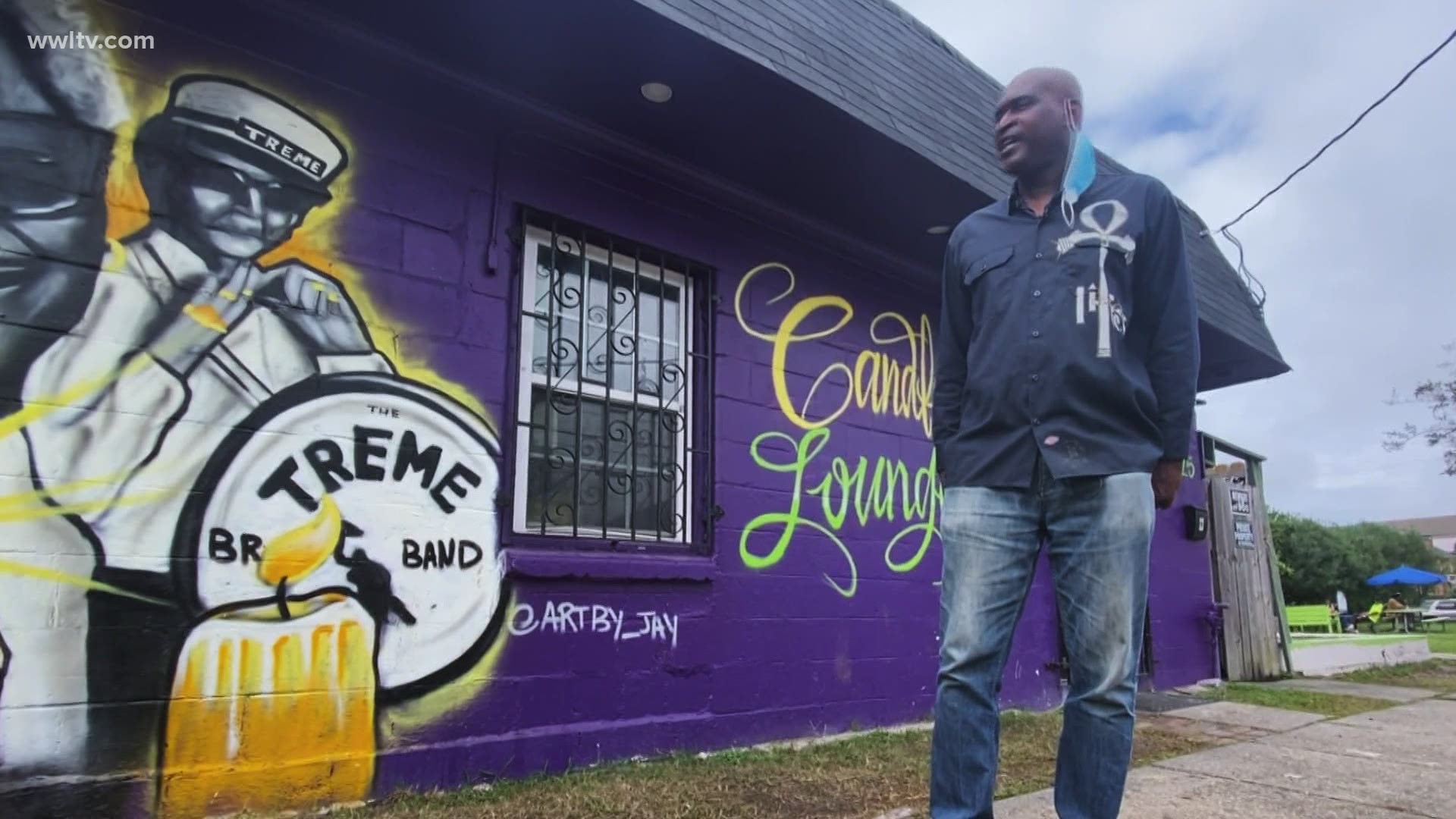 NEW ORLEANS — One year ago Eyewitness news asked what happened to the Tremé  neighborhood and whether it could be saved from losing even more cultural ground in a special report "Death of a Neighborhood, Survival of a Culture."

After urban renewal, the building of the Claiborne overpass and Hurricane Katrina, we witnessed the slow death of a community that had always projected so much life.

Dilling is now part of a new generation of culture bearers. She found herself thrust to the forefront of the Back Street Cultural Museum as its director after her father, museum founder Sylvester Francis, died due to complications from an illness. We last spoke with Francis during the Black Men of Labor Second Line.

“He wanted to support Mardi Gras Indians, support social aid and pleasure clubs, carry out the spirit of fi yi yi. We also have Skull and Bone Gang and all these different entities that contribute to the culture, says Dilling.” “It is tremendous pressure. Every day, I hear my dad voice in my head just saying you know - carry this out and do the right thing.”

But carrying this out will be an arduous task for Domonique. No travel means no visitors, no tour groups which limits the support for the museum that holds a lot of what we hold dear in New Orleans.

“We are the only people in the city that has a collection of over 500 jazz funerals on film, Mardi Gras Indian events. All these things hand-recorded by my dad. Thousands of photo exhibits, we have the largest Mardi Gras Indian collection you will see when you walk through these doors.”

When we walked with Benny Jones, Founder of the Tremé  Brass Band through Tremé   his portrait was painted on the wall outside the Candlelight lounge. It is one of the last standing lounges in the community - a haven for jazz, live music and neighborhood conversation.

Neighborhood stakeouts like the Candlelight remained even as the community changed around them thanks in large part to Leona Grandison, who ran the lounge since 1985, along with her brother Landry.

“This is one of the cornerstones of Tremé, of the neighborhood,” says Big Chief Shaka Zulu of the Golden Feather Hunter Indian Tribe. “This place, the Candlelight was where we did our last Indian practice, and it was the beginning of our Indian practice spot.”

As COVID-19 spread across the city, Leona Grandison affectionately known as Ms. Chinee, would become its latest casualty. The mural is now adorned with her smiling face..

“Ms Chinee passed away and it really hit hard for me because this is our last memory right before Mardi Gras of us basically landing our plane in this neighborhood that we call Tremé today, says Big Chief.”

We asked her over the phone how she plans to move the Candlelight forward, she hadn't told us how. For Big Chief Shaka Zulu, moving forward means holding back for the time being...

“So it's been very, very difficult even this year. I've decided as a tribe I have a lot of children with me, to not even come out due to COVID. We're still in sewing spirit, my wife and I, you know the crew we have sewing. We still sewing just in case, but I've already made the decision,” says Big Chief. “We're getting ourselves ready, spiritually, mentally and physically for 2022.”

While the Big Chief gets his tribe ready to mask at a safer time in the future, Wayne Bacquet, of Lil Dizzy's, another Tremé staple says the uncertainty of the future made his decision to make an early retirement easy.

“Outdoor dining, putting a nice patio out here would be the way to go for the future but not for me. I'm not ready to re-invest more money into it, coming out and working and wearing a mask 8 hours a day,” says Bacquet. “I have a lot of energy, but you know I'm not feeling it. Things have changed, the virus has changed everything.”

The change was especially difficult for the New Orleans dining scene.
As the city started to unroll new phases of reopening, it limited the capacity of just how many people could be inside and outside of restaurants.

“Under the circumstances we really can't do what we were doing before. Lil Dizzy's is small, we did a buffet we do a lot of turns,” says Bacquet.

At 73, Baquet says he's ready to call it quits for good this time, but he also recognizes how shuttering Lil Dizzy's doors adds to the generational loss, a loss we've already seen throughout Tremé.

“It's really going to be hard because already the creole soul culture is a lost art. We don't have that many restaurants that’s cooking this kind of food,” says Bacquet. “ Things are changing. Tremé is going to change too. It's going to be good ways and bad ways.”

Some of the good, which we've heard from Bacquet, Dominique and Big Chief is the business visitors tend to bring. We've seen how that lack of business can be detrimental to the city.

But while the good can sometimes outweigh the bad financially, culturally Tremé is suffering.

“It's hurtful, whatever happens with Tremé because Tremé has been treated unfairly forever,” says Bacquet. “We built Tremé . Black folks built Tremé . My grandfather built plenty, plenty houses in Tremé . We lived here; this is our neighborhood.”

“We basically took this neighborhood for granted. Sometimes when you have this culture that you live in, not looking at it from the outside in you just take it for granted sometimes so COVID was a wakeup call for us,” says Big Chief Shaka Zulu.

In knowing Tremé. may not return to the neighborhood it once was, we will always know Tremé  gave us the soundtrack to the city. Fed us meals that would become world renowned and enthralled us with visions of colorful black masking Indians.

Despite their losses, the culture bearers who remain can only hope those who choose to call Tremé home will embrace its heritage and respect its legacy.

“Learn the culture and continue to build and support it with us so everyone can move forward together. So, there's no confusion. No one going in different directions. I just think if everyone builds on the same solid foundation of keeping things alive, it'll move forward. It'll move forward.

If you want to donate to the Backstreet Cultural Museum, you can go to www.backstreetmuseum.org

RELATED: Tremé: Death of a neighborhood, survival of a culture