Tremé: Death of a neighborhood, survival of a culture

Tremé's culture bearers are fighting to preserve a centuries-old neighborhood in a New Orleans that's changing. 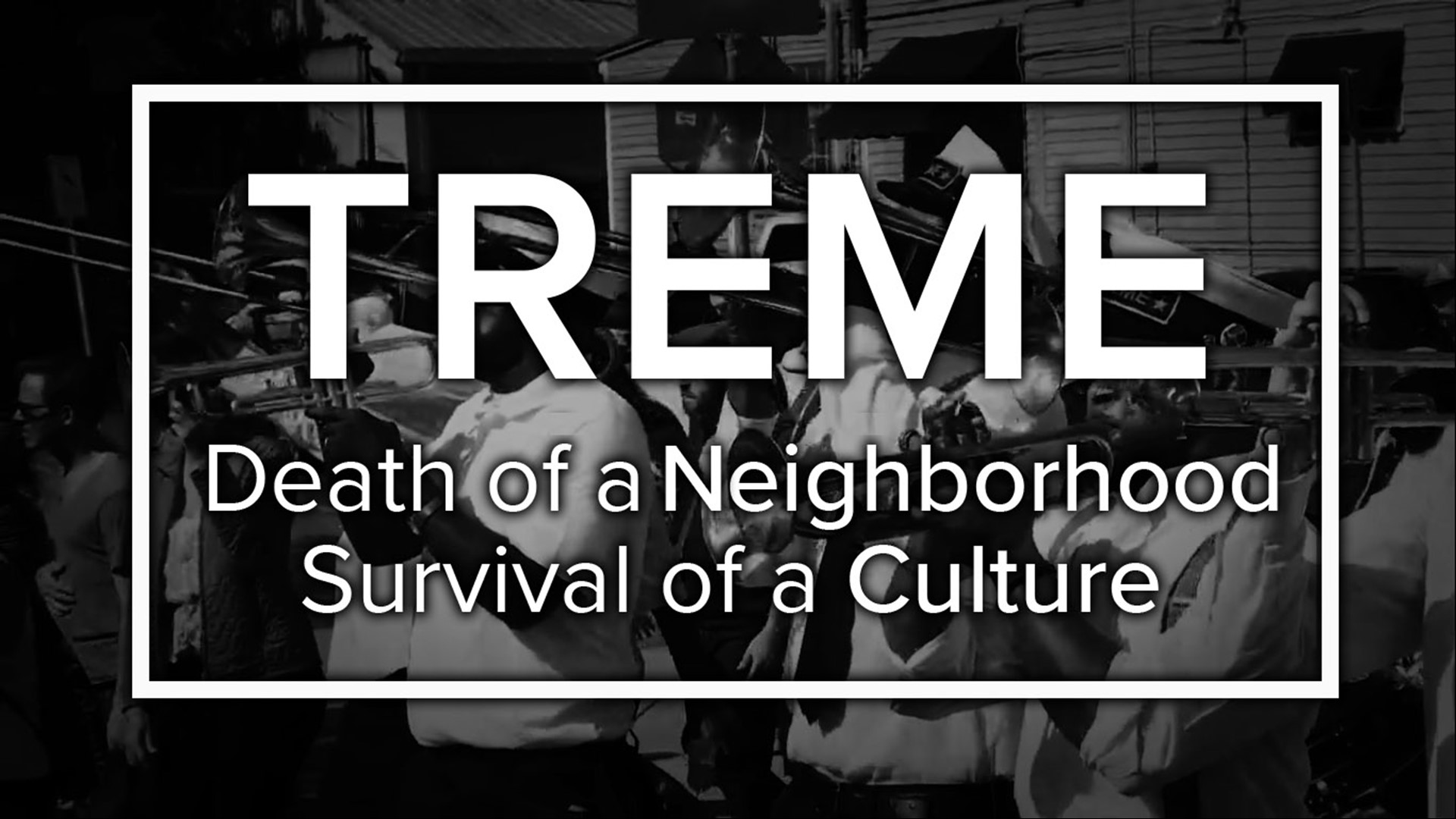 This is part one of Charisse Gibson's three-part "Tremé: Death of a neighborhood, survival of a culture" series about the downfall of the historic New Orleans neighborhood. Click here to read part two. Click here for part three.

The streets of Tremé are considered sacred ground to the culture bearers of New Orleans.

Jazz musicians, poets, artists and craftsmen born in Tremé helped to make New Orleans the cultural mecca it is today. But those same culture bearers say the neighborhood that was once vibrant, energetic and filled with music has gone silent as Tremé is in trouble of losing that cultural identity.

The Black Men of Labor have paraded for more than 25 years, after the death of famed musician Danny Barker who believed in upholding the “traditional” jazz standard.

“Danny single-handedly cultivated the tradition of brass band music because it was dying,” says Fred Johnson, CEO of the Neighborhood Development Foundation. “Danny said if we don’t teach the younger guys how to play this music through attrition, we are going to lose.”

As tradition would have it, the Social Aid and Pleasure Club second lines through “Faubourg Treme.”

When the music slows down during the “dirge,” mourning ensues. The parade moves somberly down the street, some remembering the death of a friend, loved one, musician or public figure.

While others mourn the death of a neighborhood.

From Esplanade to St. Louis, Broad to North Rampart, Tremé is considered ground zero for culture and activism in America. The oldest integrated neighborhood, free people of color thrived with more than 80% owning land in Tremé during slavery in the Deep South. It’s home to one of the earliest known civil rights movements in The South, dating back to the 19th century. When residents formed the Citizen’s Committee, selecting Tremé resident Homer Plessy to directly challenge segregated railroad car laws in Louisiana. Plessy v. Ferguson would lead to the separate but equal doctrine we know as Jim Crow laws.

Businesses lined the streets of Claiborne Ave, providing a solid economic base for Tremé. But most notably is Tremé’s contribution to jazz music, being the birthplace of America’s only indigenous art form.

From Louis Armstrong playing in the red light district known as Storyville and Jazz Clarinetist Alphonse Picou, jazz was born on these streets and passed down from generation to generation.

Musicians, educators, artists, craftsmen, political activists all would find themselves immersed in one of New Orleans’s first suburbs. The neighborhood was the multi-cultural epicenter of New Orleans.

Tremé brought world-renowned musician Kermit Ruffins to the neighborhood when he was 18 years old, from just a few miles down in the Lower 9th Ward.

“I fell in love with it and I never went back to the Lower 9th Ward,” Ruffins said. “I wanted to wake up in the heart of Tremé, where the music was very popular and vibrant. Any given day would look like Mardi Gras at 9 in the morning.”

“I'm sure that Tremé contributes at least 65-to-75% of this culture as far as Jazz is concerned,” he said.

Like the second lines that pass through the neighborhood, those who used to call Tremé home say the culture has become transient. Leaving it with no sense of community.

“All the juice, or the oxygen rather, has been sucked out of the room,” says Al Jackson, owner of the Tremé Petit Jazz Museum. “The culture, oxygen, the children, the raison d’etre that we once woke up in the morning and lived for. It’s gone.”

Jazz Vocalist John Boutté says the community was effervescent. You could hear kids playing and laughing, you’d see people talking on the steps and everyone said hello.

“The folks aren’t there anymore and unless you bring those people back, you’ll never have that part of Tremé again,” Boutté said.

After Hurricane Katrina, a song he recorded about his life in Tremé had resurfaced on the HBO series “Treme.”

“The old Tremé from when I wrote the tune, I’ll never see that again. I’ll never see a second line going on like 2 o’clock in the morning in front of the door and nobody is calling the police,” Boutté said.

The series featured musicians and characters throughout New Orleans as they attempted to recover after Hurricane Katrina. One of those musicians is Benny Jones, founder of the Tremé Brass Band.

Benny was born in Tremé, starting the Dirty Dozen Brass Band before branching off to start the Tremé  Brass Band. Even Benny can’t deny, the portrayal of Tremé on-screen versus the reality of Tremé in 2019 presents a stark difference.

Today, they’re all gone. Architecture, bars, restaurants, neighbors, all leaving Tremé as a shadow of its former self.

When we ask what happened to Tremé, those who lived through it blame myriad issues, all in the name of urban renewal.