“This is bigger than just a photo op. 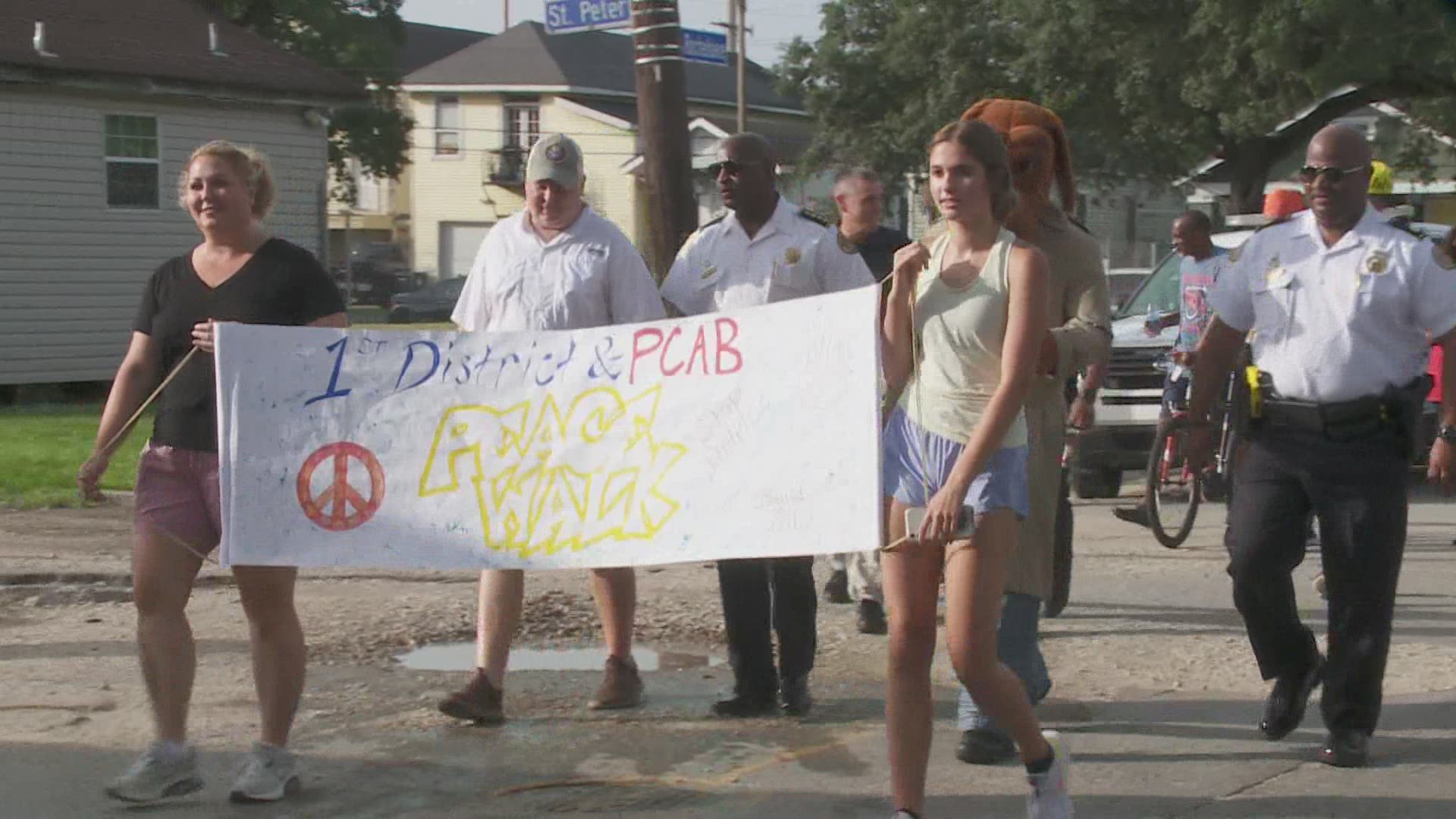 The rally was planned by NOPD’s First District, which covers Treme, Lafitte, parts of the 7th Ward, Bayou St. John, the Tulane/Gravier area and parts of Mid-City. Officers here say they’ve seen a recent uptick in violent crime, including shootings.

There have been people who have said “peace rallies” are largely symbolic and don’t offer practical solutions. Others have said they are simply a photo opportunity but on Monday, Chief Shaun Ferguson said these events do make a difference in preventing and solving crime.

“If you look around us right now,” Ferguson said. “This is bigger than just a photo op. There are conversations that are being held between our community and our officers to make sure we are connecting and establishing and reaffirming those relationships that we already have.”

“If one person stops and thinks, ‘Hey maybe I should start living my life a little bit differently’ and changes things, just that one person changing is significant,” Cormier said.

But Cormier says they are also fighting violence in another way -- getting people jobs.

“We have a non-profit organization that helps give and create jobs for underprivileged and marginalized people in society and in the city and that’s one of the things we are trying to do to stop the violence,” Cormier said.

Ferguson says he fully supports social programs like Cormier’s. He hopes others through the community will follow his lead.