According to the New Orleans Fire Department, the fire started just after midnight near the intersection of Frenchmen Street. 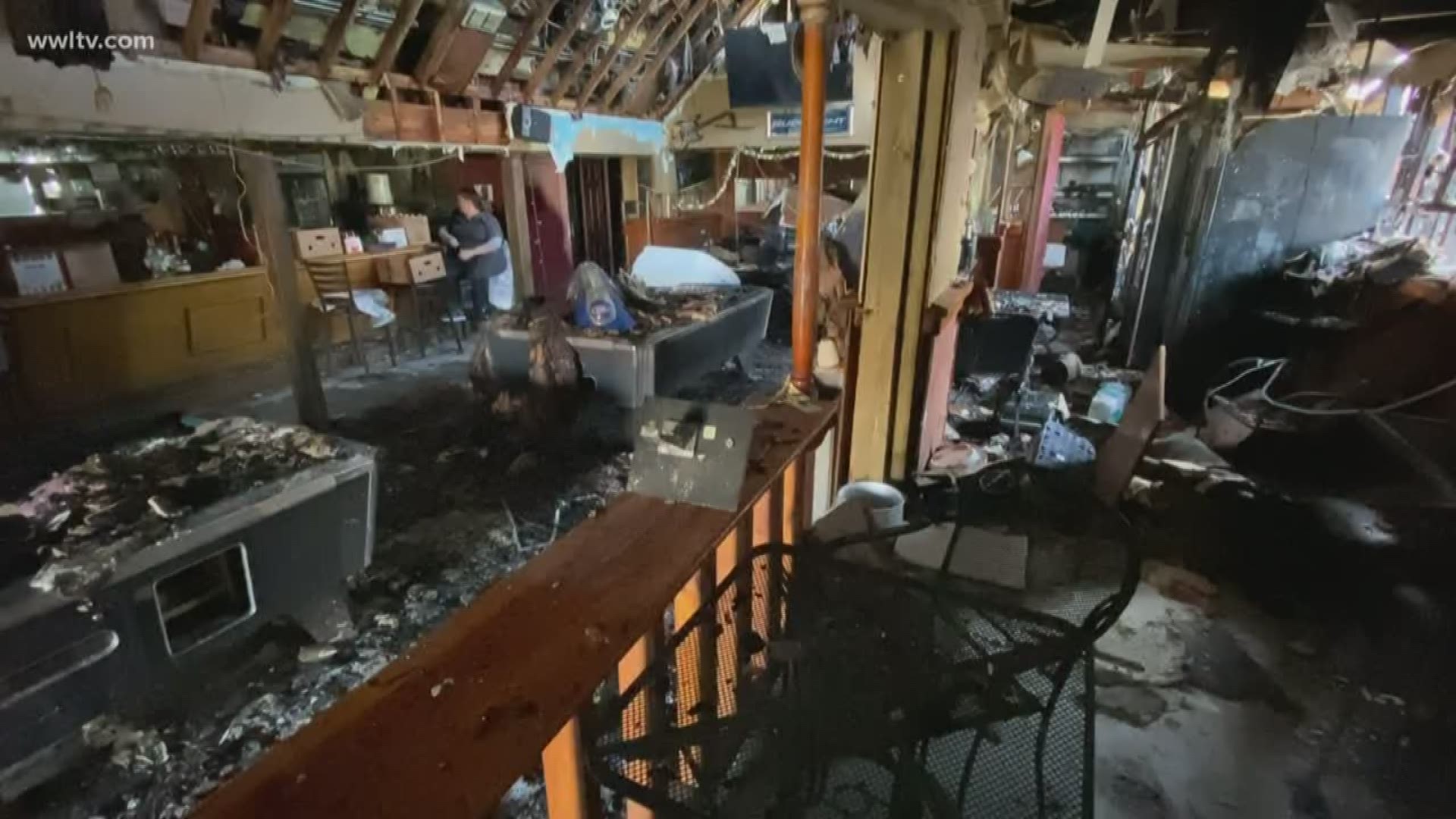 New Orleans firefighters battled the blaze in the 2100 block of St. Claude Avenue for more than an hour before getting it under control

Scott Hoerner was in the office at Melvin's Bar when he smelled smoke just after midnight.

"I looked up and saw smoke coming in through these cracks in the wall," Hoerner said. "So, I went outside and looked and the building next door was on fire."
Two minutes later, his bar and rental property around the corner on Frenchman street were ablaze.

"Two tenants could have easily been killed," Hoerner said. "This thing happened so fast."

The upstairs tenant Pamela Kloss said her cat woke her up just in time to escape the flames.

"I was half asleep in the front of the building and my cat came running down the hallway meowing really loud and being really obnoxious," Kloss said.

According to the NOFD, the fire started in a small shed connected to a vacant tire shop at St. Claude and Frenchman.

Flames then spread to the rear of the apartment building and the Melvin's Bar.
"It's just shocking and really sad," Kloss said. "I just can't believe it."

The cause of the fire is under investigation, but the bar owner says the blighted condition of the property next door is to blame.

"The building's been wide open," Hoerner said. "It's common knowledge, everybody in the neighborhood knows that all day, everyday, there are drug addicts are in there cooking drugs."

Property owner Michael Farley told WWL-TV, he and Hoerner were in a long-running dispute.

Farley added he was in the process of clearing up city code violations at the time of the fire.

"It's shocking to see it destroyed like this," Earthwise said. "This has been a part of the community for a while."

Hoerner admits he didn't have insurance on his bar.

"This is all I got," Hoerner said. "So, my kids are crying this morning and said Dad, what are you going to do for money. I don't have an answer for that."

Tuesday, an investigator with the state fire marshal's office dug through the rubble and took pictures of the fire scene.

There were no injuries reported at this fire.