The NOPD’s Violent Offender Warrant Squad and the U.S. Marshals tracked Bradley and Baker to Mississippi by using a tip from Crimestoppers. 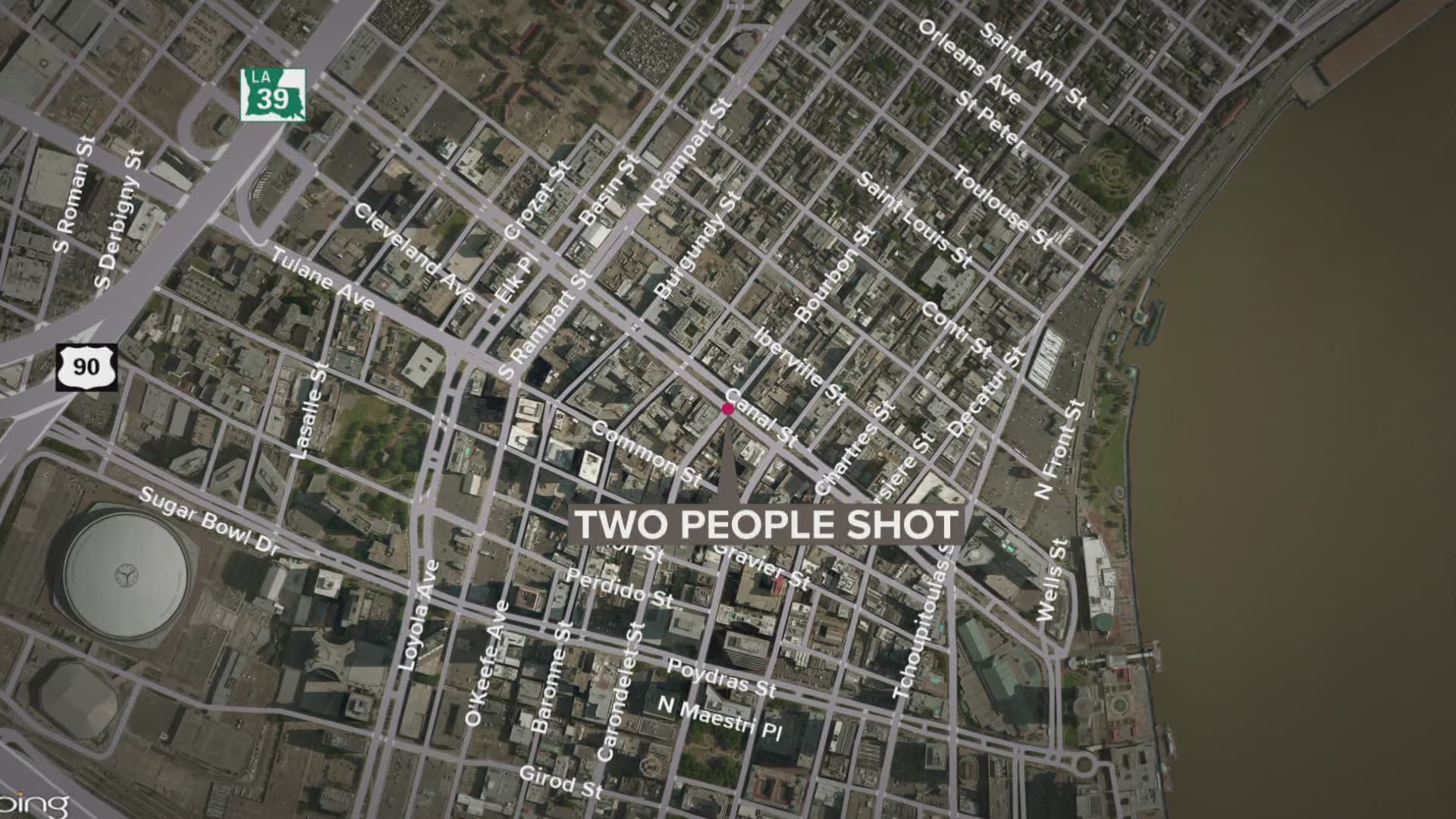 NEW ORLEANS — Authorities say two suspects have been arrested in the investigation into an Easter Sunday shooting on Canal Street in New Orleans that wounded two people.

According to the New Orleans Police Department, the double shooting happened around 1:42 a.m. in the 700 block of Canal Street. Investigators say two individuals - a man and woman - were seen running away from the scene of the shooting. Those individuals were later identified as 21-year-old Dontex Baker and 21-year-old Shayla Bradley and Baker was determined to be the alleged shooter.

The NOPD’s Violent Offender Warrant Squad and the U.S. Marshals tracked Bradley and Baker to Mississippi by using a tip from Crimestoppers. Bradley was arrested in Gulfport, Miss. and Baker was arrested in Wiggins, Miss. Police say Baker had two guns when he was arrested.

Anyone with information about the shooting is asked to call the NOPD eighth district detectives at 504-658-6080.