The statue sat up on the 60 foot column for nearly 140 years, but now two years after being taken down, many people are wondering if anything will ever replace it and if the name of the circle will every change. 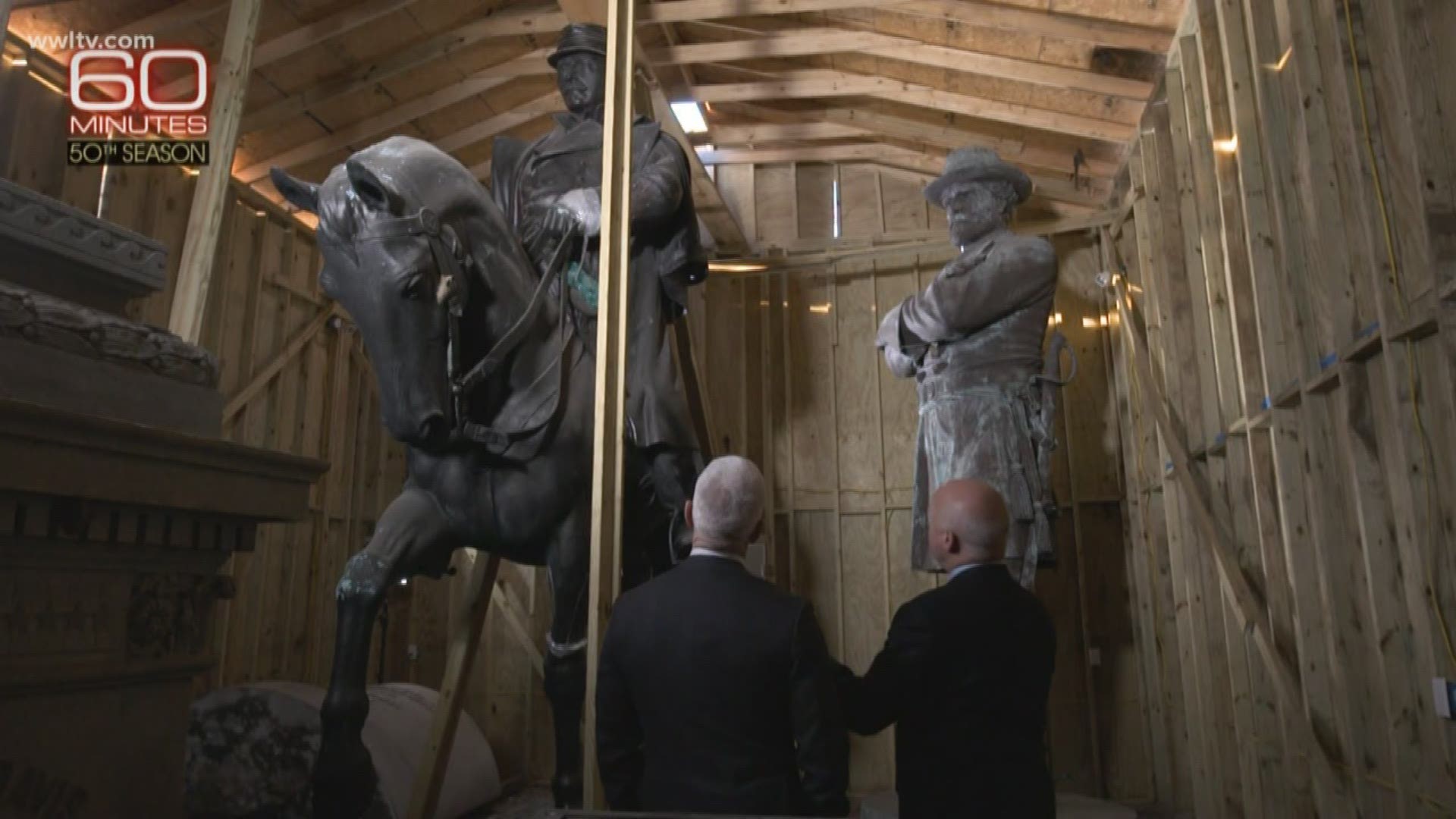 NEW ORLEANS — Two years ago this week, an estimated 1,000 people watched as workers took down the iconic statue of the confederate leader, General Robert E. Lee.

The statue sat up on the 60 foot column for nearly 140 years, but now two years after being taken down, many people are wondering if anything will ever replace it and if the name of the circle will every change.

On May 19, 2017, Robert E. Lee's statue was removed from Lee Circle. Today, the column still sits empty and the statue still sits in a city warehouse. It was the last of four confederate monuments removed from prominent public spaces in one month under the Mitch Landrieu administration.

"The city does not need to honor any of these confederates," said Malcolm Suber with Take Em Down NOLA. He has since submitted a proposal to the city to rename Lee Circle. "We think its incongruent that we would take down the statue but leave the name."

Frank Stewart was part of the monumental committee to try and keep Robert E. Lee in its place. He met with Mayor Latoya Cantrell this January to discuss his idea to name it 'Victory Circle.' This proposal would honor KIA, MIA, Purple Heart, and Gold Star.

"Lee Circle was a symbol of unity," he said. "We should use monuments to represent people who played a very important part in the history of our country"

In an interim report earlier this year, the project shared the public's ideas. They range from giving the circle it's former name, Tivoli Circle, renaming it 'The Circle', 'St. Charles Circle', even 'Drew Brees Circle'. A final report is expected to be given to the city this month.

A spokesperson with R. E. Lee Monumental Association tells us they have met with the city several times to discuss ideas.

"We are working closely with the city and state government on a compromise that will provide a respectable long term solution for all. Over the last two years, our volunteers raised funds, conducted historical and educational lectures, and cleaned up and restored various monuments including the WWI monument, the Loewenberg Arch, and the Martin Luther King Jr. memorial."

The Cantrell administration is open to possibilities, according to a city spokesperson.

"While the Cantrell administration remains committed to ensuring a collaborative process regarding future plans for the site, we have no specific announcements at this time. The Mayor remains open to a range of possibilities and options, but nothing definitive has been resolved as yet."

Louisiana Lieutenant Governor Billy Nungesser recently said he wants the city to transfer the statues to a city park. There are also proposals to move them from the warehouse to a museum, but no agreement has been reached.