Three-and-a-half years ago, Rebecca Matthews saw a picture. It was that swipe right kind of love at first sight. 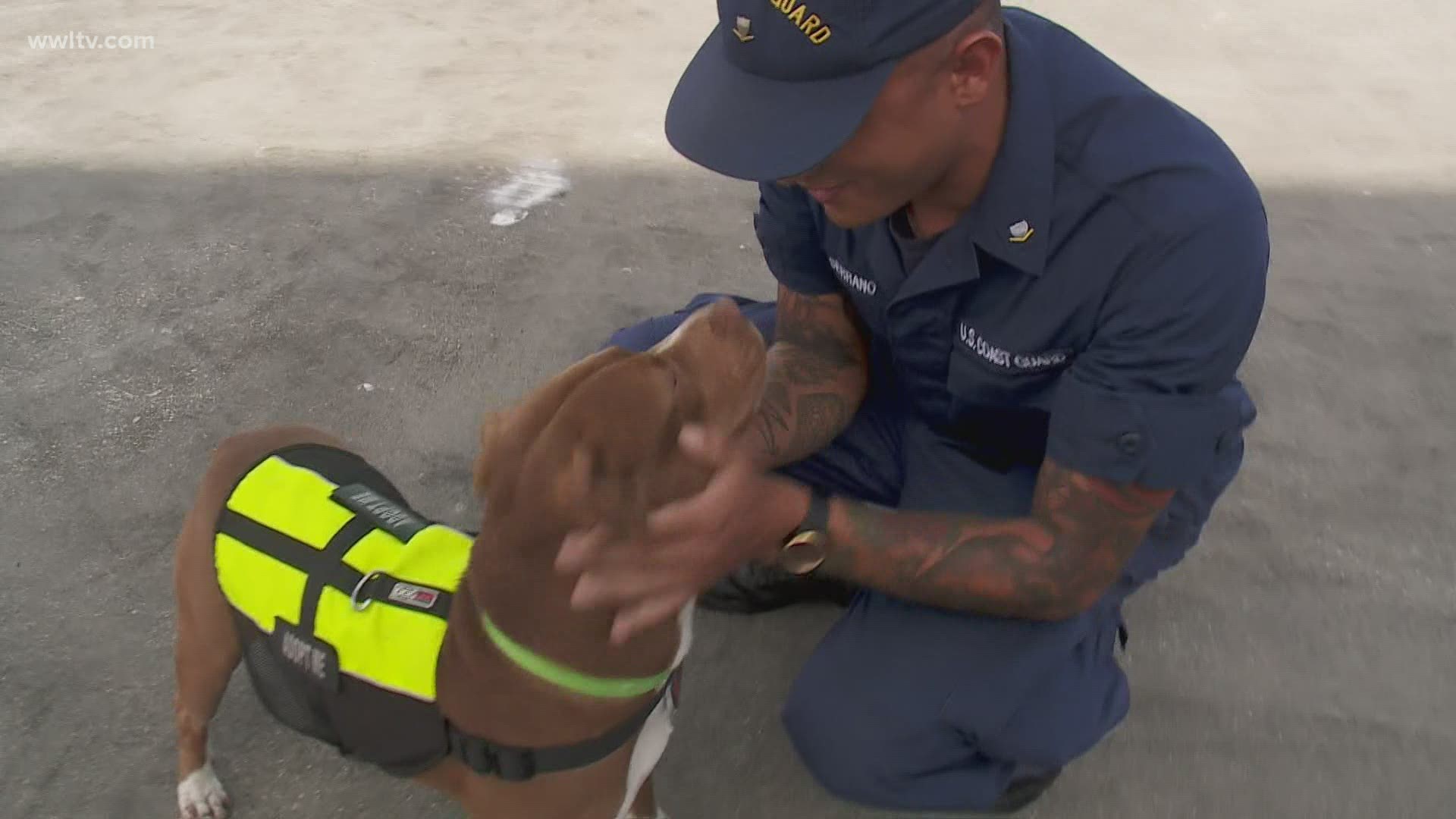 NEW ORLEANS — When you see a video of the U.S. Coast Guard, it is usually during a search-and-rescue out on the water or busting drug smugglers. But there's a different side to those wearing the blue uniforms and orange life jackets, and now after a mission, they get to come home to some unconditional love.

Three-and-a-half years ago, Rebecca Matthews saw a picture. It was that swipe right kind of love at first sight.

"I saw him sitting on the couch. He looked so cute," Matthews said, smiling. "I can't explain, like, how happy Huck has made my, you know, made me, my life."

Huck has four legs. He looks like an American Pit Bull Terrier mix. His picture hangs on a wall frame, or really a wall of proud success stories at the U.S. Coast Guard Station New Orleans. That is because in between rescuing and saving lives on the water, the men stationed there have decided to save the lives of dogs that are emotionally drowning from a lack of love and homes.

They get homeless dogs, like Willy, from local shelters such as the Louisiana SPCA or the Jefferson Parish Animal Shelter. The dog lives with the coasties at the station and they are there around the clock. The dogs then get some basic command training which makes them more adoptable plus it also frees up a space for another dog at the shelters.

RELATED: It's Major: Pets poised for a return to the White House

But in many ways, the dogs are rescuing the men from the stressful life-saving work they do.

"You'll be exhausted. You come inside, you take off your body armor, your gun belt, and just slam yourself down in a chair. And this dog will just come up to you and he'll put his head in your lap and stare at you like, 'It's going to be OK, Wily. We're good. We'll make it through another day," Petty Officer Carmelo Serrano said.

While we were preparing this story, we learned that Wily got some good news and was adopted to a forever home. So a new shelter dog is expected to arrive at the station soon.

"Having a dog around, in general, kind of helps that morale," Petty Officer Cody Riordan said. "Kind of shows us that, you know, there's still, you know, love and everything out there for us."

Brown restarted the foster program after it took a break.

Huck's owner, Rebecca Matthews had picked up Huck from the same station years ago.

"I'm just so happy they are doing that program. It's so great. It gives dogs another chance," Matthews said.

And it is safe to say that Huck agrees.

For more information about this program, check out the Louisiana SPCA or the Jefferson Parish Animal Shelter.