The Warrior Sailing program introduces sailing not just to veterans with physical injuries from their time on the front lines. 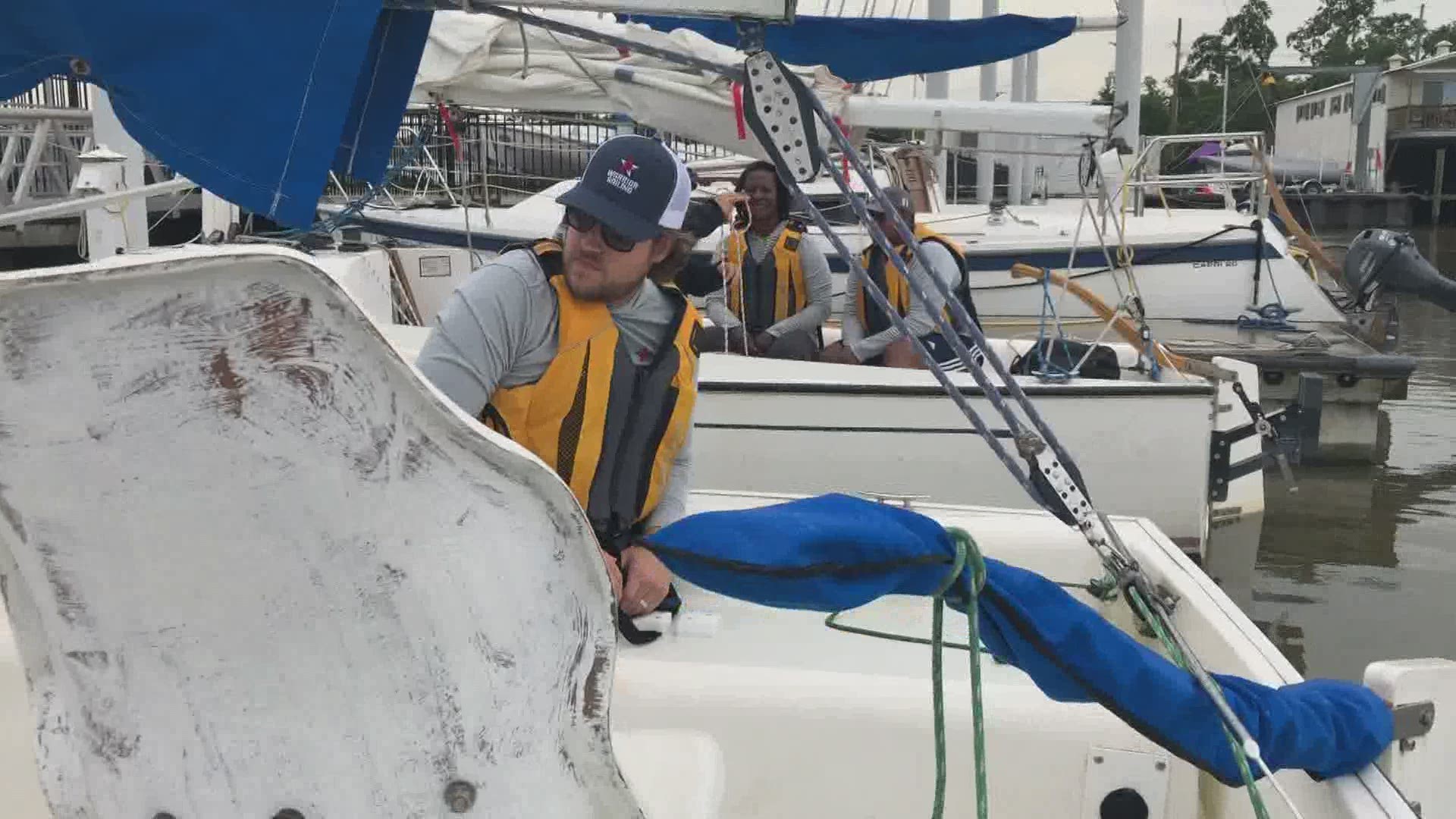 NEW ORLEANS — Christopher Billmyer was literally learning the ropes of sailing on Friday.

“I’ve been trying to get into sailing here for a while,” he said.

He got that opportunity thanks to Community Sailing New Orleans, a new non-profit, and Warrior Sailing.

Billmyer, who was in town from Dubuque, Iowa, was in the Marine Corps.

He lost his legs when he stepped on an improvised explosive device in Afghanistan in October 2010.

“I woke up a few days later in Bethesda, Maryland,” at the Walter Reed National Military Medical Center. “Blown up, waited there, chopper picked me up and that’s the last thing I remember was waking up to bright lights -- fuzzy lights -- and doctors kind of patting me.”

The Warrior Sailing program introduces sailing not just to veterans with physical injuries from their time on the front lines.

“I did not suffer any physical (injuries),” said Valarie Labat. “I didn’t lose a limb or anything like that. It was more just that experience. Seeing other soldiers. It was more of what I watched my fellow soldiers experience.”

Labat, who was in the Army, said her nine months in Kuwait couldn’t have been any more stressful, and those memories followed her home to Marrero.

There was little wind Friday, and Lake Pontchartrain was smooth as glass.

It was no bother to the veterans, who said it was nice to learn a new skill in a place with people who have shared experiences.

“Even if I had signed up to go sailing with a civilian program, you don’t get the same connection,” said LaPlace resident Dahlia Tate-Rainey, a former soldier. “We all understand where we are. When someone says I’m not feeling well, we don’t go prying. We know it’s something. We just give them a moment. If they want to connect, they’ll let us know.”

For Billmyer, the former Marine, that’s how he’s been able to move past his injuries.

“Keep looking for things to do. Keep active. Try to find a community of people,” he said.