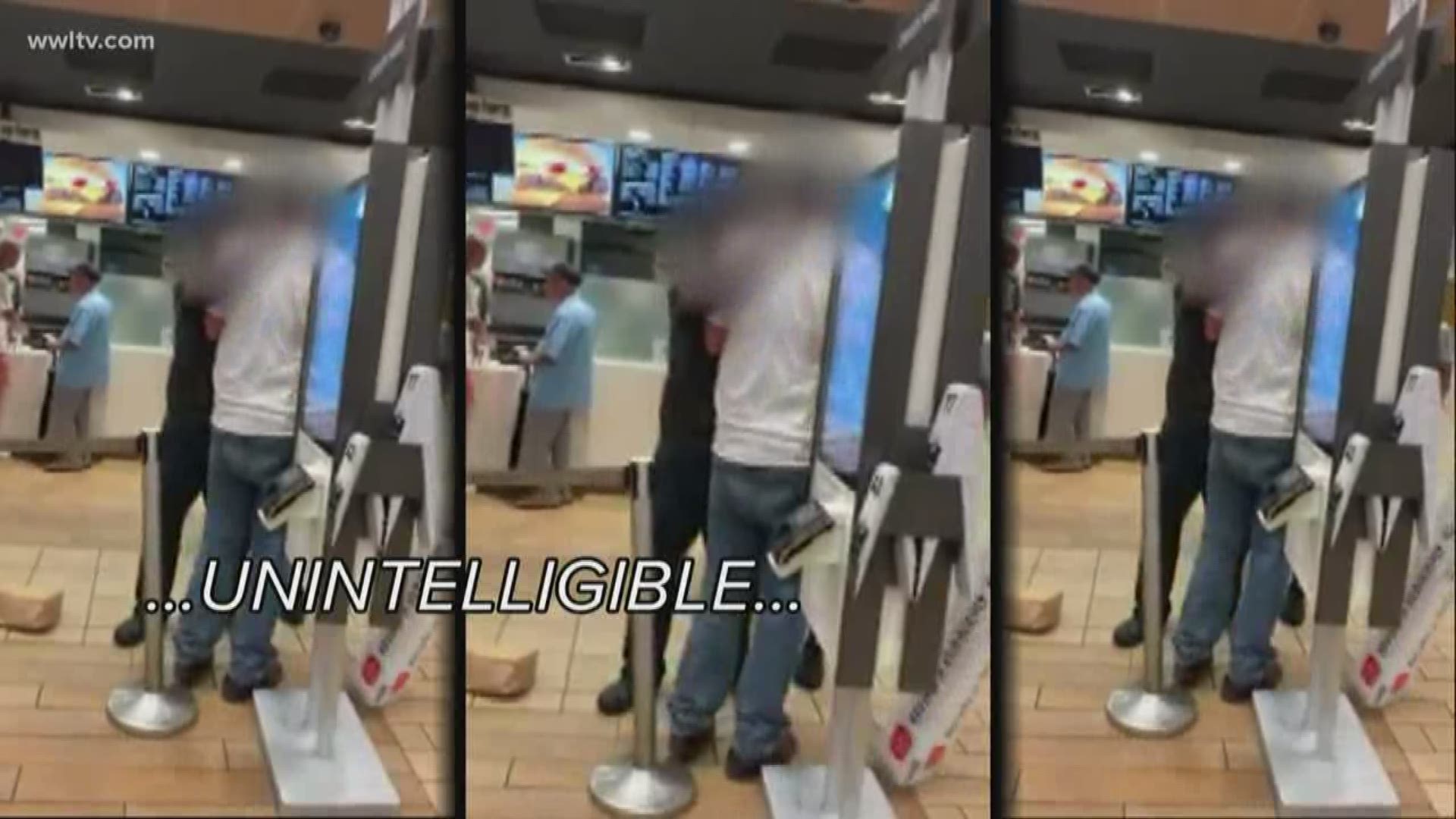 NEW ORLEANS — The video is hard to watch.

“It was just crazy and bizarre that it was happening,” a witness who did not want to be identified said. “I couldn’t believe that this employee would come from behind the counter and start choking a customer.”

The witness says it all started after the customer complained about his food inside of the McDonald’s on the 700 block of Canal Saturday night around 5 p.m.

“His order was incorrect after two or three times of them making it,” said the witness. “He was also missing his fries. He was upset over that.”

At that point - the employee came out got in the customer’s face, more words were exchanged, according to the witness.

“Then the guy started choking the customer, slammed him up against the self-order kiosk and punched him in his head,” the witness said.

The NOPD is investigating and so far no charges have been filed.

The employee doing the fighting was still on the job at the McDonald’s Tuesday. He didn’t want to go on camera or talk on the record. He was not on there Wednesday and did not respond to several requests for comment.

The franchise owner, Chris Bardell, released a statement Wednesday saying “the behavior seen in this video is not what I expect from my employees and we are conducting a thorough investigation of this incident.”

We asked Bardell what happened leading up the incident. He did not respond to that question.