The detonation of the two damaged cranes at the Hard Rock hotel construction site was dramatic and there was no immediate word if the city considered it a success. 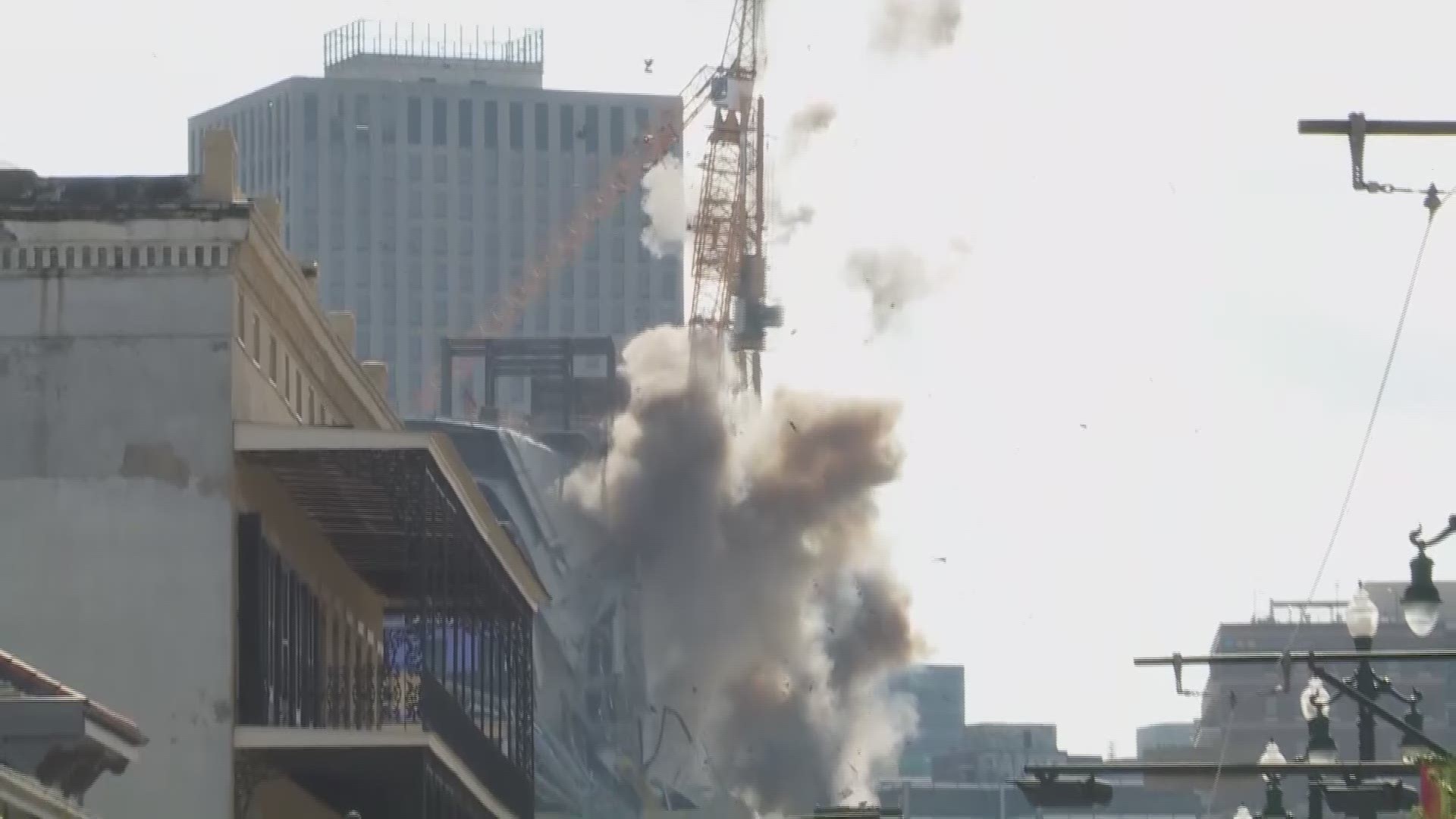 NEW ORLEANS — It was delayed by two days and several more hours out of an abundance of caution and when it happened - suddenly - around 2:45 p.m., the cranes came down with one impaling in Rampart Street and the other hanging precipitously over the construction site, dangling over Canal Street.

There was no immediate word on whether the detonation performed as the city wanted it to perform.

The idea was to have the two cranes fold in to themselves and land in the street. The event brought out a lot of onlookers despite the city asking people not to come out and watch.

Councilman Jason Williams said that at least the crane that was furthest from Canal Street came down as it was planned, landing on Rampart Street, but not hitting any gas lines. He also said that the Saenger Theatre and the New Orleans Athletic Club were not damaged.

Eyewitness News crews reported stalemated traffic on I-10 and that Rampart Street, up to the area that was blocked off, was a parking lot.