Heavy rain can often lead to flooding, but for a New Orleans couple with disabilities, recent rains have left them trapped. 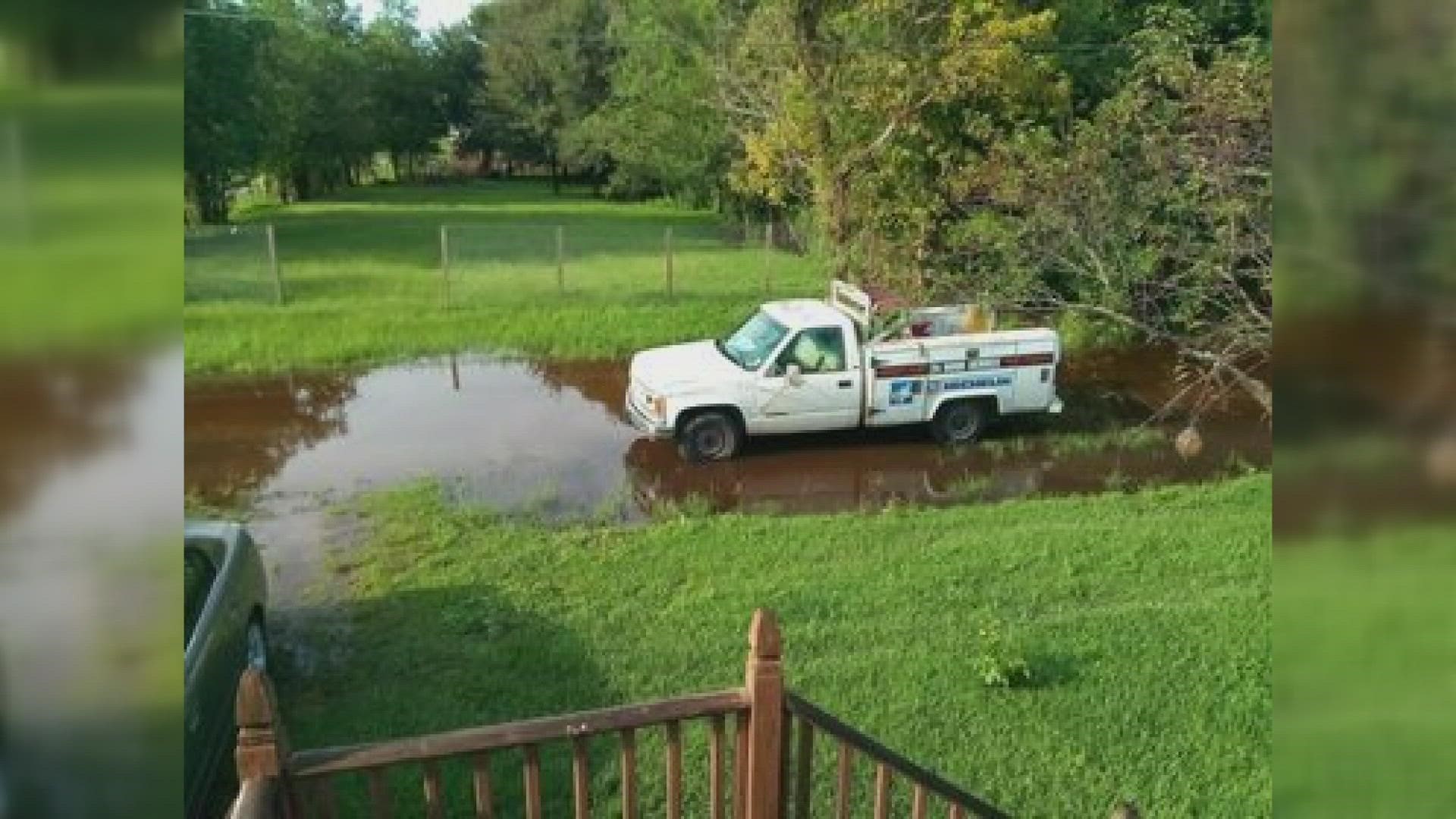 NEW ORLEANS — In many neighborhoods throughout the state, heavy rain often leads to flooding. But, for a disable New Orleans couple flooding throughout the last couple of years has left them trapped with no access to health care.

"If we get a down pour that last more than 30 to 45 minutes this entire road out here is just one big pond," says Richard Bullard, who lives in a neighborhood in Algiers that, he says, feels forgotten.

Three years ago, the Bullards moved to Bailey and Nolan in Algiers, not far from the Mississippi River Trail. On multiple occasions, the couple has been trapped in their home by flood water. Richard’s wife, Vickie has back problems and has fallen more than once.

And she’s not alone.

Richard says most of the resident sin his neighborhood are elderly and have trouble walking.

The problem? Ditches overrun with trash and grass!

“The water has no where to go!” Richard said.

The director of Roadwork Nola informed me that three requests from the area have been made about the ditches. But, help as yet to show up.

"I see nothing happening," Richard said.

One of the biggest concerns for the Bullards is being able to down the wheelchair ramp attached to their home, out into the front yard, and into their cars when the front yard is flooded. Richard has a hip surgery coming up soon, he tells Eyewitness News that he hopes to get their work order filled sooner rather than later.

"It feels like we kind of forgotten down here,” Richard said as Vickie sadly looked on.

The Bullards have reached out to the City for help.

"At one point I would call Councilman Palmer's office, they were on a first name basis with me," Richard said.

In a statement, City Councilwoman Kristin Palmer said, “My office is trying to make the Department of Public Works take this seriously—but we aren't getting the response these families deserve. I'm angry about this... and I'm going to keep fighting to get action for this community.”

But, as high waters continue to lead to high stress levels for the Bullards, they’re pleading with the city to do more.

"If they can't reestablish the ditches at least clean the ditches out, give us some relief from the water puddling around here," Richard suggested.

Eyewitness News reached out to the Public Works office for an update on the status of any of the three work requests community members have put in about the ditches. The office said that they have them but they don’t have a timeline as to when those work orders will be filled.