“It’s a hard moment because we’re a family,” said 1999 McDonogh graduate Giovanni Lincoln. “When one hurts, we all hurt.” 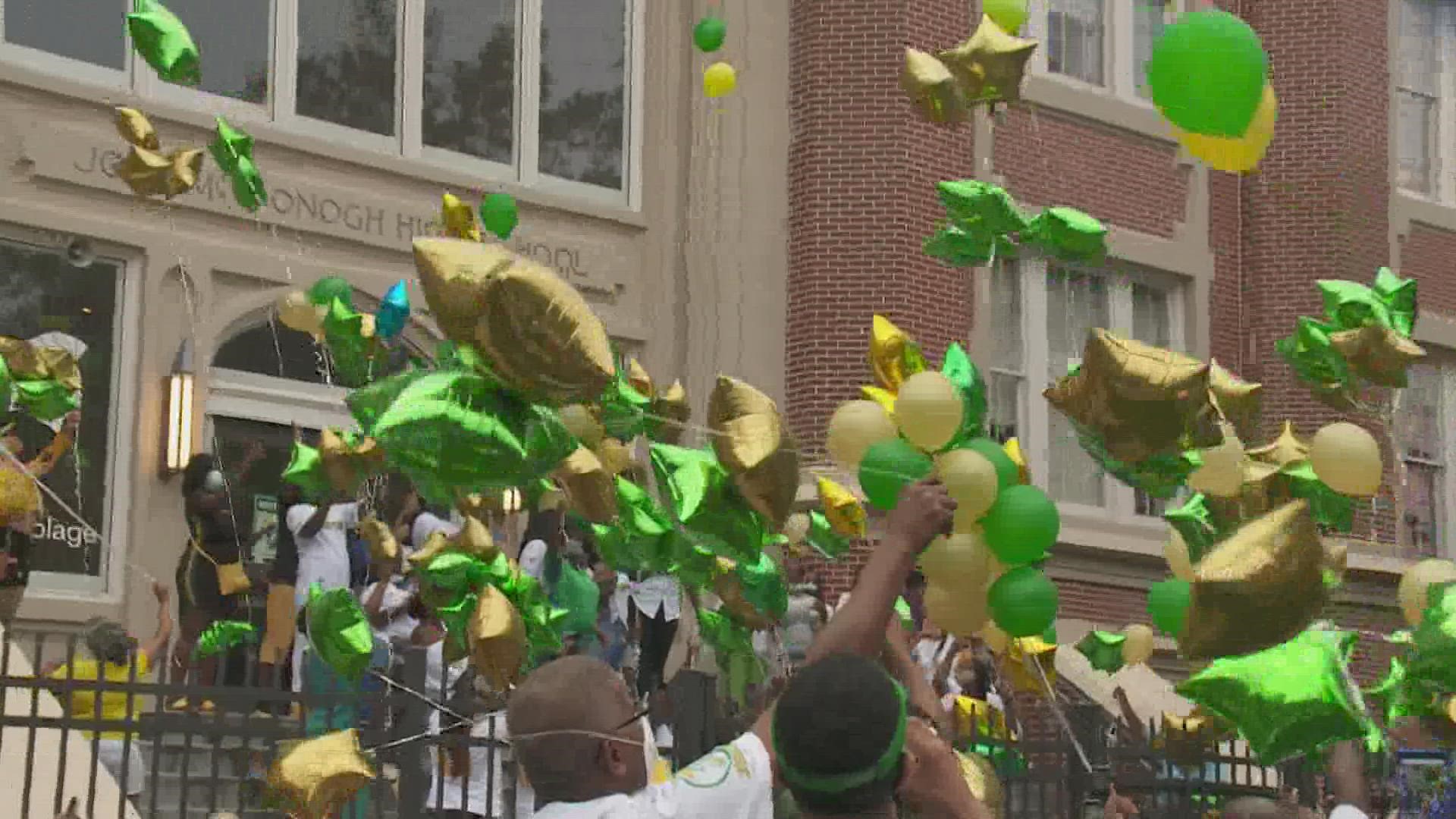 “He was like my brother,” said fellow classmate Courtney Brumfield.

Brumfield remembers the 13-year NOPD veteran, husband and father of two as a gentle giant with a love for music.

“Jazz, music, entertaining, that’s what he did,” said Brumfield.

That’s also how he was celebrated on the steps of his alma mater, as sounds from a jazz band filled the air, turning Esplanade Avenue into an impromptu dance floor. Through all the high notes though, there was a reality that a classmate is gone.

“It’s a hard moment because we’re a family,” said 1999 McDonogh graduate Giovanni Lincoln. “When one hurts, we all hurt.”

Briscoe and fellow Zulu member 43-year-old Dyrin Riculfy were shot while in Houston this past weekend. Police say a robbery attempt outside a restaurant left Briscoe dead and Riculfy critically injured. Briscoe’s body was brought back to New Orleans Tuesday. Riculfy is still in a Houston hospital.

“Death is inevitable but it hits harder when it’s unnecessary to someone of that stature and we’ll just forever remember him,” said 1994 McDonogh graduate Karmen McKinley.

On the Northshore, Tuesday night there was a candlelight vigil for both men in Slidell, where Riculfy owned a business. The St. Tammany Parish Sheriff’s Office shared photos of folks coming together.

Back at McDonogh High, for these close-knit graduates, it’s about family.

“We’re New Orleans. That’s how we are,” said Brumfield. “We’re like family. We’re one.”

That fashion is showcased in a way New Orleans knows best, honoring a man they say was one of the best.

Houston police are still trying to track to the two men they say are responsible for the shooting that killed Briscoe and injured Riculfy. The reward for information that helps make that happen is now at $100,000.