“A building that is in service, it’s in operation – you don’t have those concerns that you have on a construction site." 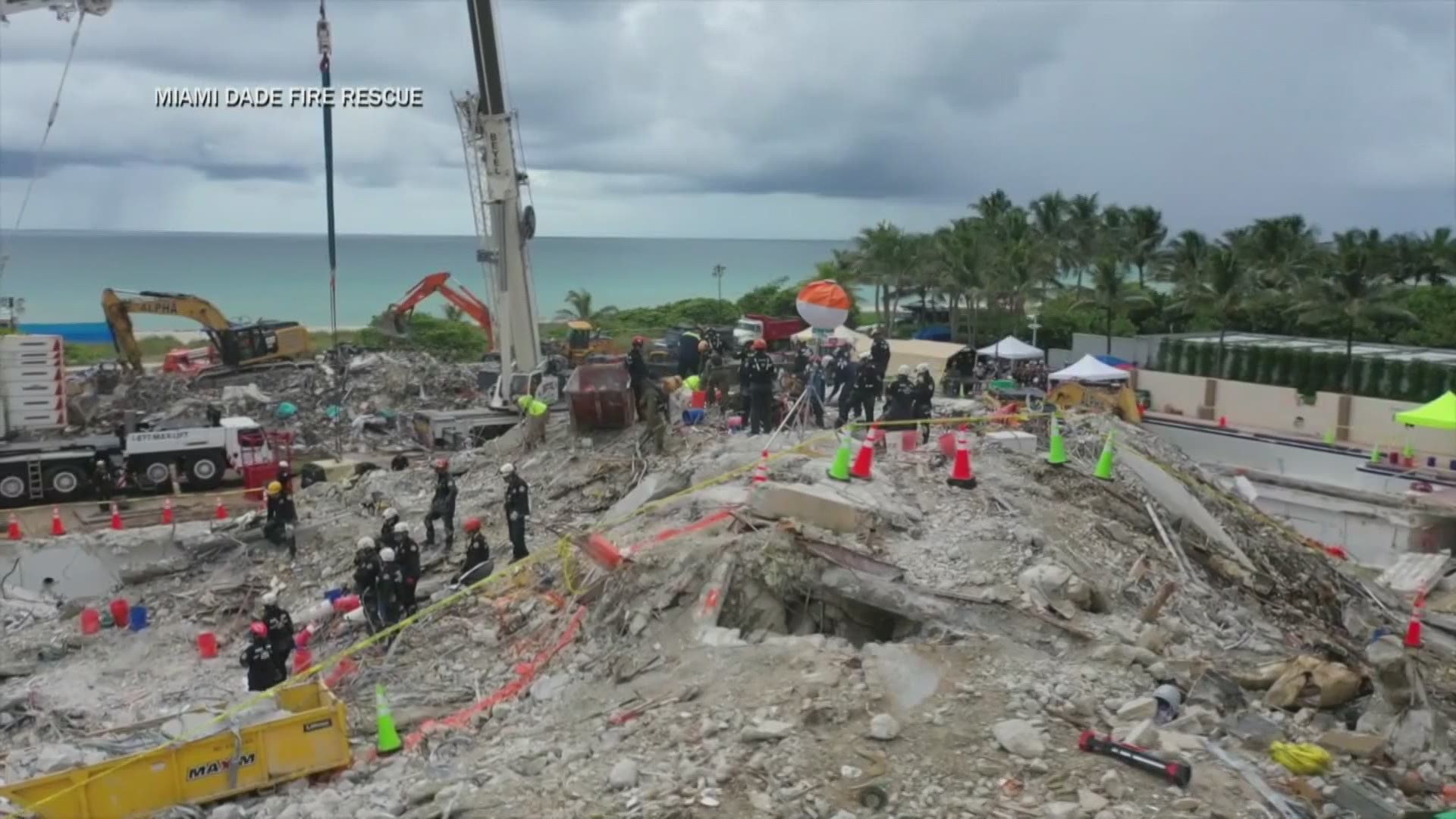 NEW ORLEANS — The nation has watched and hoped for a miracle in Miami. But Sunday’s demolition of the teetering remains of the Champlain Tower South have allowed search crews to find more of the missing.

Engineers chose an implosion method, collapsing the still-standing part of the tower in on itself, just ten days after the initial collapse, and with Hurricane Elsa moving in.

The collapse of the condo has launched a discussion about the integrity of buildings across the country, and of the Hard Rock collapse here in New Orleans in October 2019.

But engineers say the method that took down the rest of Champlain Tower would not have worked on the Hard Rock for many reasons.

“They were still in search and rescue, and with the hurricane winds and even just high winds associated with an approaching hurricane, and the rains, that was impacting the safety of their crews that were working non-stop,” said Norma Jean Mattei, an engineering professor with the University of New Orleans.

The Hard Rock, while the death toll of three workers was much smaller, was a much more complicated scenario.

Engineers in New Orleans chose to deconstruct the building piece by piece rather than using explosives.

Slow deconstruction minimized risk to utilities running under North Rampart Street and mitigated the potential hazards to historic buildings so close to the Hard Rock site.

Compounding the issue is that the Hard Rock was an inherently dangerous construction site.

Walter Zehner, another engineering consultant who spoke to us by phone for this story, agreed that taking the Hard Rock apart, rather than implosion, proved to be the safest option.

Both engineers say the benefit of the Champlain Towers’ location is that it was far enough away from other buildings not to cause much damage when imploded.

Deconstruction would take the time Surfside did not have.

In addition, Champlain Towers South was only a 40-year-old building, too young to have collapsed from regular wear and tear.

Mattei said an investigation into what happened is just beginning, and she’s very interested in the findings.