Will there be a criminal investigation into Hard Rock collapse? 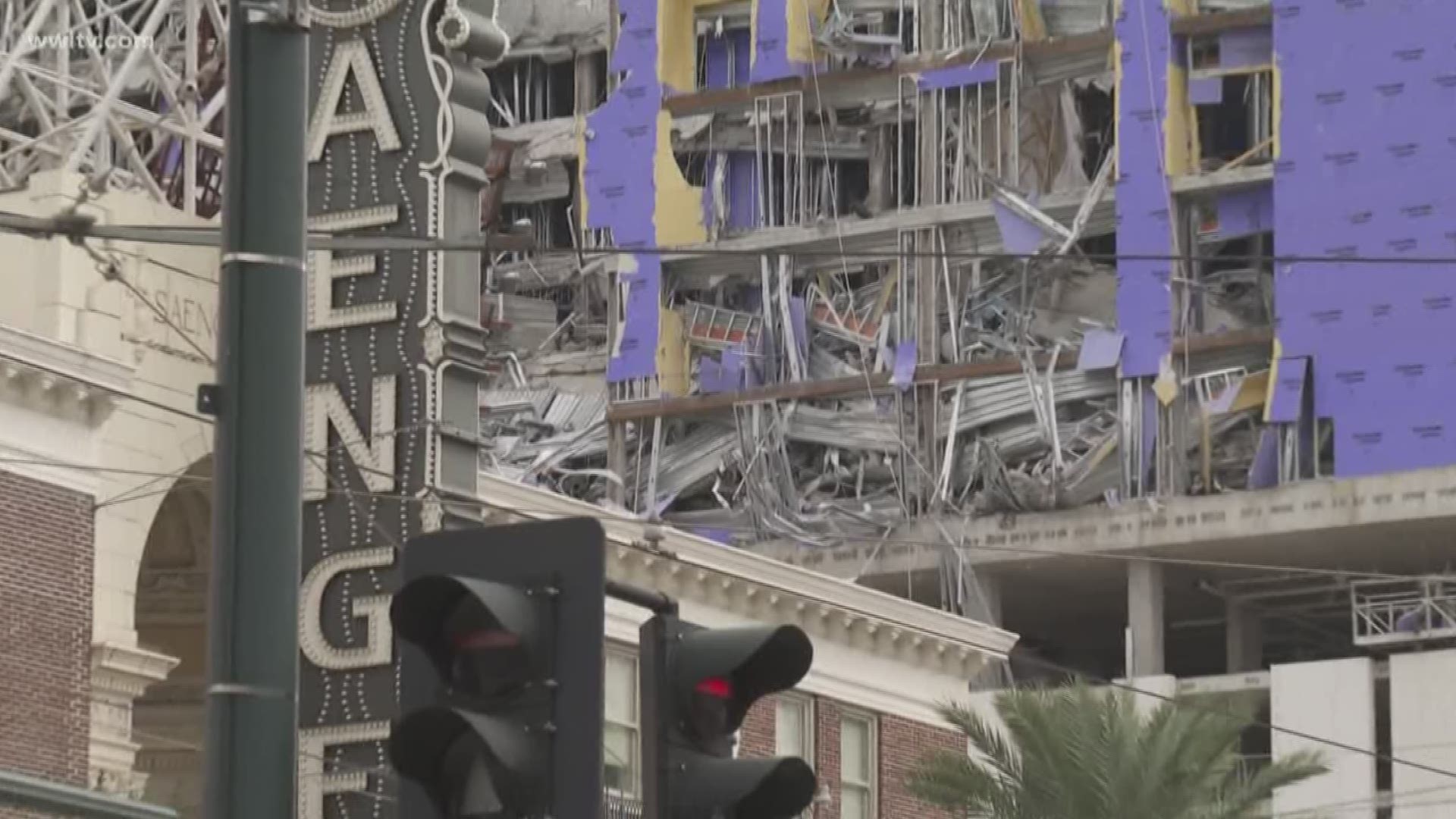 NEW ORLEANS — Another lawsuit was filed Friday in connection with the collapse of the partially-built Hard Rock Hotel, repeating claims of poor design and shoddy workmanship outlined in a previous suit.

Coupled with city officials’ announcement that documents and electronic equipment have been removed from the work site for preservation as “evidence,” some observers are raising the possibility of a criminal investigation.

“We are working to obviously investigate what exactly happened,” said attorney Jeremy Pichon, whose law firm filed suit Friday on behalf of five workers who were injured during the collapse. “The investigation into who's responsible for the senseless accident, we're going to find out who it is and we're going to hold them accountable.”

“The companies that I just named responsible for the planning and execution of the site used inadequate materials and support that jeopardized the integrity of the building,” Pichon said.

A similar lawsuit filed Thursday on behalf of 10 injured bystanders also makes claims of negligence, stating, “The design, planning, and construction of the structure at 1031 Canal was inadequate, likely to cause harm, and did cause harm to plaintiffs and others,” the suit states. “Defendants failed to design the structure in a manner that could bear the loads the structure was intended to hold.”

With evidence being collected and secured by the city, Foret said it is likely that criminal justice authorities will closely monitor findings by experts as they try to piece together the cause of the collapse. City officials announced Friday that paper documents and electronics were retrieved from the collapsed building and are being held in a secure off-site location.

“The question becomes, does the district attorney’s office get involved in this case?” Foret asked. “If the allegations in the lawsuit are proven to be true, it may well be that the DA moves in the direction of negligence, including possible charges of negligent homicide.”

Some of the companies listed as defendants have expressed sympathy for the victims and have promised ongoing cooperation in pinpointing a cause of the collapse, but none have addressed the claims now being made in multiple lawsuits.