Radio host: 'The hate that has infected our society threatens to tear us apart'

The station's owner is now investigating the incident. In a tweet, the host said he would be taking the night off from his on-air show. 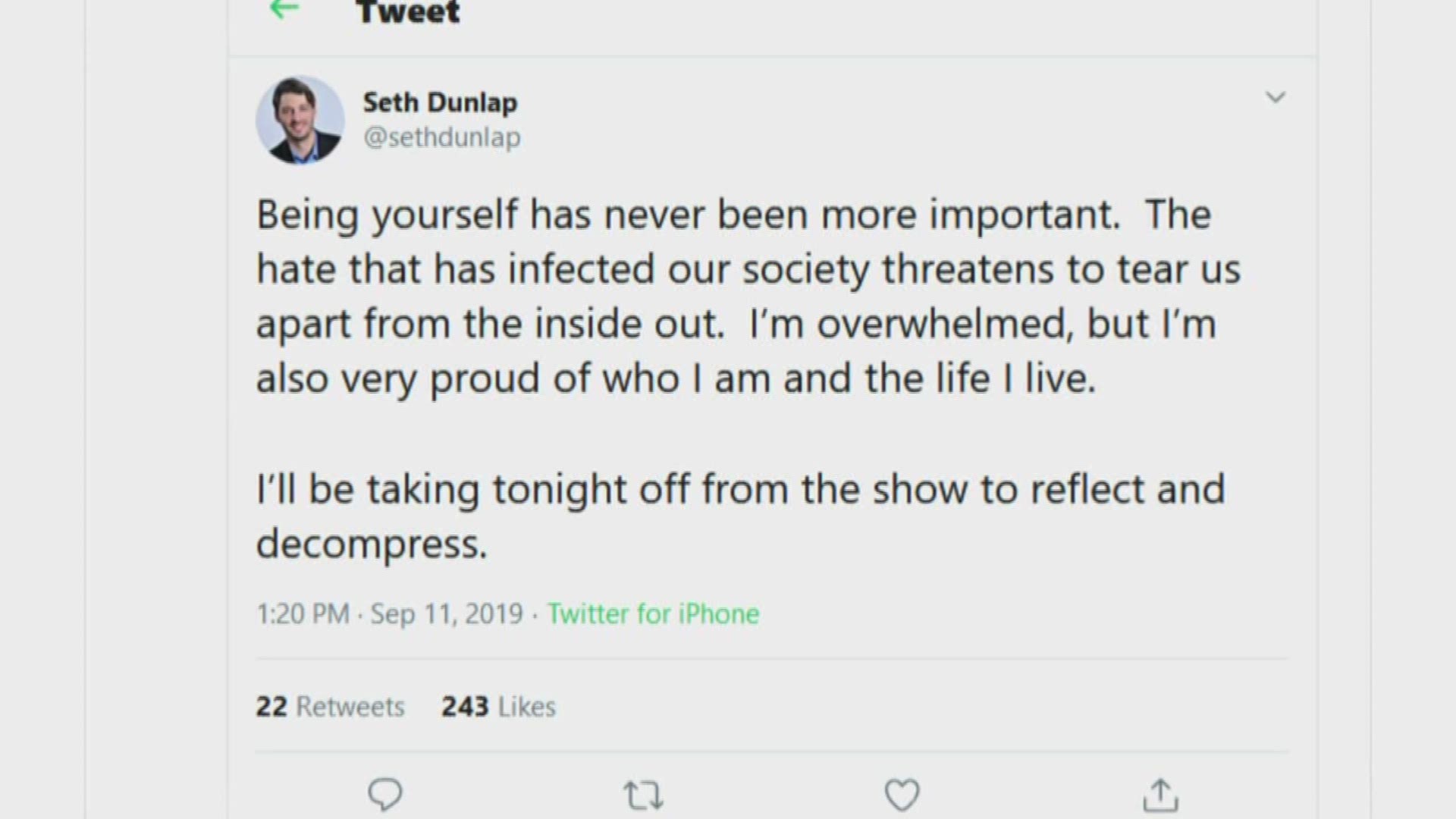 NEW ORLEANS — A WWL Radio host is skipping his show tonight after the radio station's own Twitter account directed a homophobic slur at him.

The host, Seth Dunlap, tweeted the news that he would be taking Wednesday off in his first comment directly addressing the tweet.

Dunlap, who is also a Saints reporter for the station, is gay and recently published a personal essay about Saints quarterback Drew Brees and his relationship with the anti-LGBTQ group Focus on the Family.

WWL Radio took down the post attacking Dunlap shortly after it was posted. It came to light after another sports reporter tweeted a screenshot of the tweet - which was a response to an article Dunlap had tweeted from his own account - and drew outrage.

WWL-AM put out a statement about 5 hours later on Twitter, saying they are investigating the Tweet and how it was published.

RELATED: Brees responds to criticism over video - I do not support any groups that discriminate

"We are aware of a tweet that went out today from the WWL account.  The content of the tweet is categorically offensive and abhorrent to the station. We are actively investigating this incident and will take swift and appropriate action once we determine how this occurred," a representative wrote.

Wednesday, station officials declined to comment further on the incident, saying they were not allowed to speak while Entercom Communications, which owns the station, investigates.

Dunlap did not address the tweet directly during his show Tuesday night, but started the program with a message about acceptance and unity in the sports community.

"White, black, Latino, men, women, straight, gay, nobody cared," Dunlap said about the crowd at the Superdome Monday night. "That camaraderie, that togetherness, it what makes sports so special. To me, it's what makes sports so important to modern society. We can set everything aside and just be ourselves."