Why are members of Congress often hesitant to punish their own? 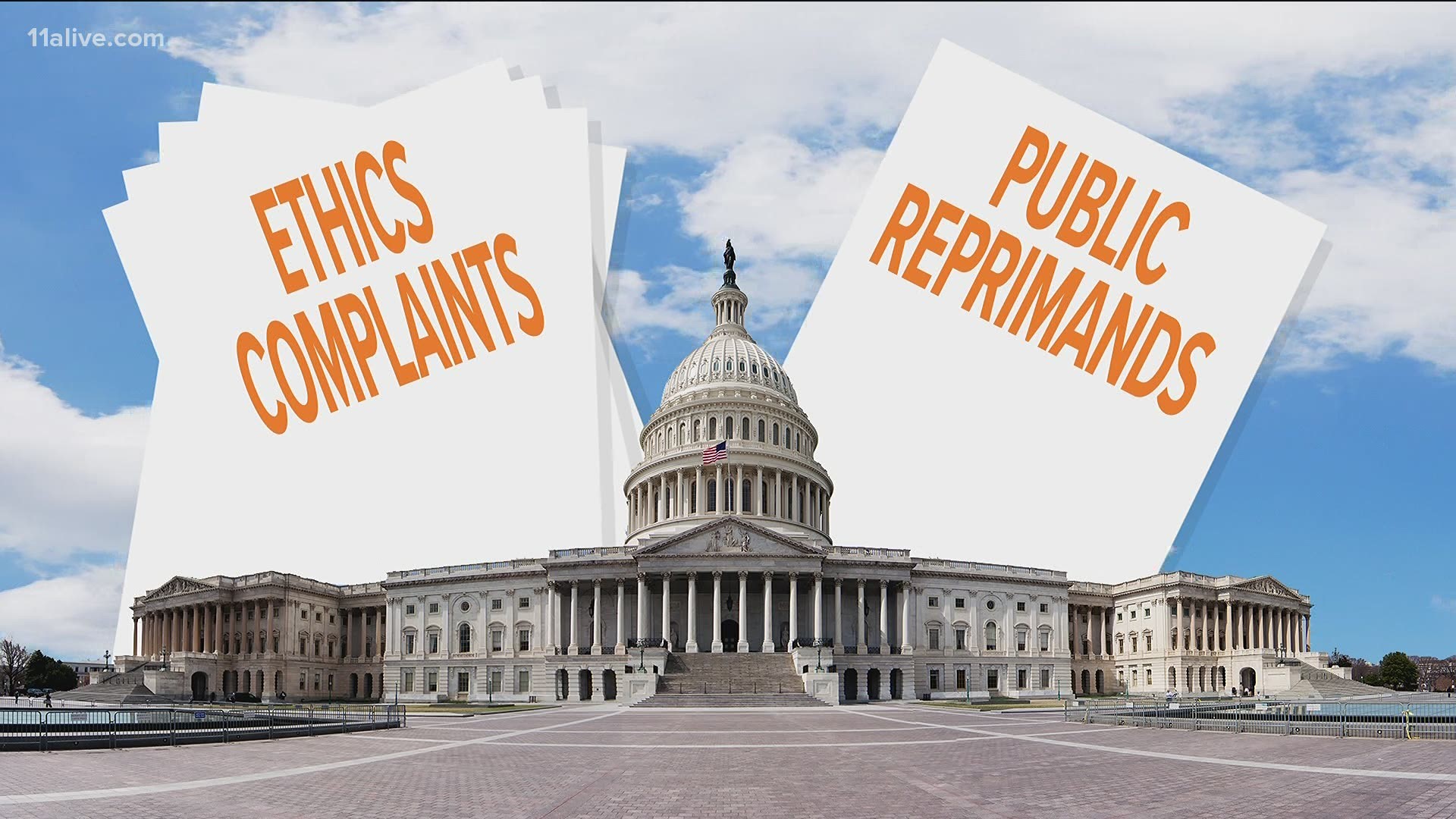 ATLANTA — There are dozens of ethics complaints each year, but our representatives in Washington rarely hand down harsh punishment to other members of Congress.

Rep. David Schweikert of Arizona isn’t exactly a household name. You probably missed it when he was reprimanded on the house floor last summer after he admitted to nearly a dozen ethics violations that included the misuse of campaign funds. It was the first public shaming of a House member in eight years.

Ethics complaints filed against members of Congress are not unusual, but public rebukes are rare and expulsions are even less frequent.

The U.S. Constitution states that "Congress can punish members for disorderly behavior," but it’s up to members of Congress to determine what that means.

“There’s no list of misconduct that would trigger a sanction,” says 11Alive legal analyst Page Pate. “Not only is it undefined and somewhat arbitrary, it can be inconsistent. Congress can decide to punish one member for doing one thing and let another member completely off for doing the exact same thing.”

Both the House and Senate have committees that look into complaints. According to their annual report, the Senate Ethics Committee examined 144 alleged violations of Senate rules last year, dismissing them all because they either lacked merit or adequate information.

“These are your friends,” says Dr. Bullock. “You’re not that comfortable calling them down, and it may be a situation where someone says, ‘there but for the grace of God go I.’”

Members of Congress can expel, censure, condemn, denounce, or reprimand.

In 1979, Georgia Senator Herman Tallmadge was denounced over financial improprieties. He lost his bid for re-election the next year.

Several members of Congress have resigned under the threat of expulsion. That’s what happened with Robert Packwood in 1995, the last time a U.S. Senator has faced expulsion.