Own a piece of Louisiana food history, with Paul Prudhomme K-Paul's restaurant items up for sale

K-Paul's Louisiana Kitchen, which closed in July because of the coronavirus pandemic, is selling skillets, silverware and artwork from the restaurant. 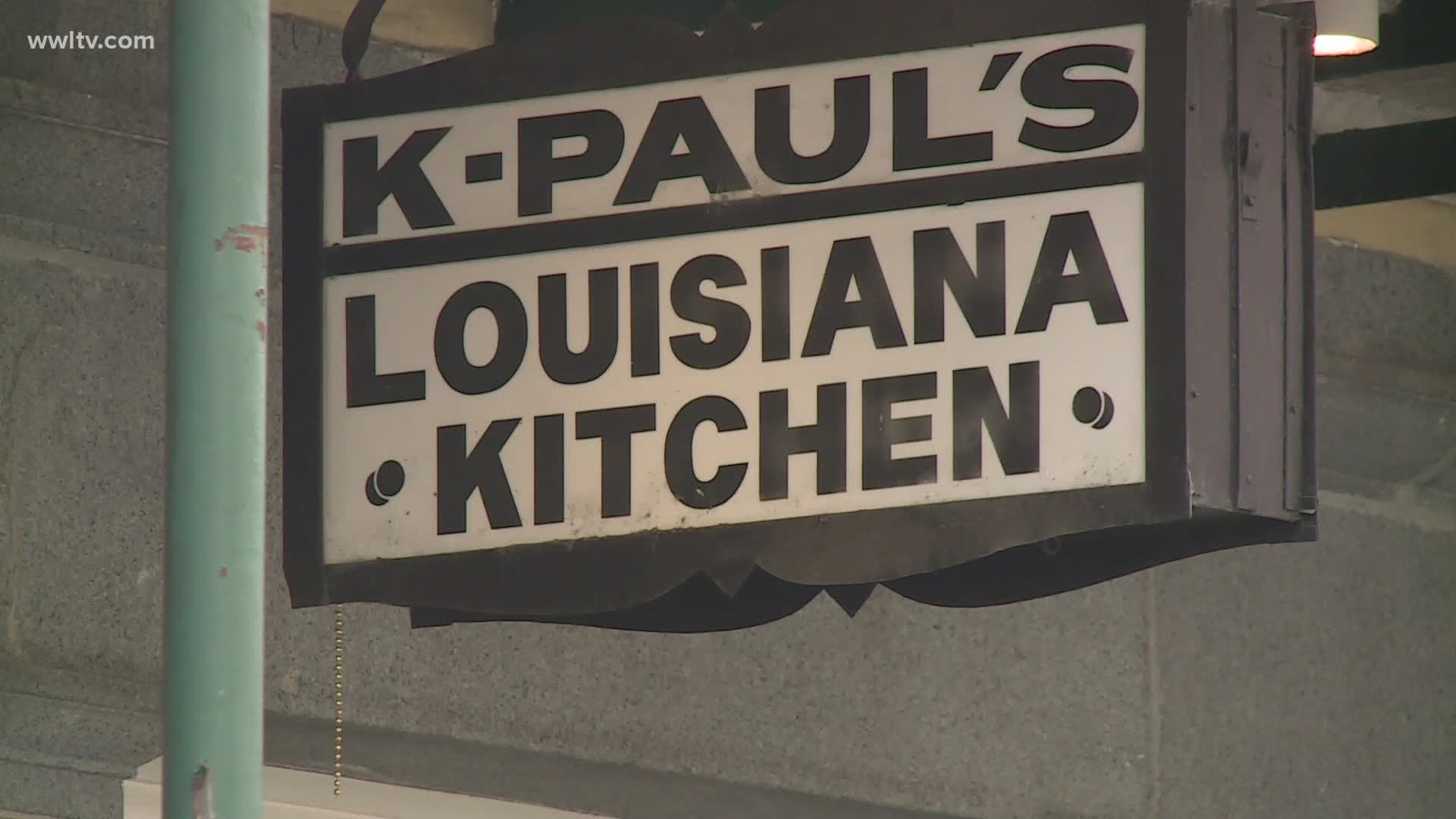 NEW ORLEANS — Looking for the perfect Christmas gift for the Louisiana food lover on your list? He or she may have everything, but how about this one-of-a-kind present: a skillet or spoon from Chef Paul Prudhomme's iconic K-Paul's Louisiana Kitchen?

Prudhomme’s imprint on Louisiana cuisine and culinary history is known around the world. Now, fans of the superstar chef, who died in 2015, can take home a piece of that history, as items from his recently-closed French Quarter restaurant are being offered for sale.

In July, K-Paul’s announced it would close permanently after more than 40 years in business. The restaurant initially closed in May because of restrictions put in place to combat the coronavirus pandemic. Its permanent closure hit the local food and restaurant community hard, with fears that it was a sign of trouble to come, amid tight restrictions designed to slow the spread of the virus.

The K-Paul's artifacts are being offered for sale online on the restaurant's website, kpauls.com. That includes used skillets, pitchers, silverware and custom-made bread baskets from the famous Chartres Street eatery.

“Bring the charm and character of K-Paul’s to your own kitchen with one of our used skillets, pitchers, silverware sets and custom-made bread baskets,” explains the restaurant web site.

A 16-inch skillet, which might have cooked Prudhomme’s legendary blackened redfish, is being offered for $70. "Cook your favorite Chef Prudhomme recipes in the same skillets where K-Paul's magic was made," the website suggests.

Credit: kpauls.com
The listing for skillets for sale on K-Paul's website.

A bread basket, which likely held K-Paul’s famous jalapeno cheddar yeast rolls, sells for $75, while cooking spoons that may have stirred some of Prudhomme's famous sauces or side dishes, are being offered for $50.

In addition, the restaurant is offering prints of the whimsical artwork featured on the restaurant’s ceiling tiles, which depicts cartoon versions of recipes of some of Prudhomme’s famous dishes. That includes chicken and andouille gumbo, rabbit appetizer, shepherd’s pie, Cajun martini and bread pudding. You can even go a step further and purchase one of the 26” x 50” ceiling tiles.

Credit: KPauls.com
Artwork for sale depicting the recipe for a K-Paul's Cajun martini.

Prudhomme's niece Brenda and executive chef Paul Miller took over the restaurant after Prudhomme's death in 2015 and ran it until its closure.

Paul and Kay Prudhomme opened K-Paul’s in 1979 after he left Commander’s Palace, where he and the Brennan family put a new brand of Louisiana cuisine on the national map.

The tiny 62-seat French Quarter restaurant was a near-overnight sensation, earning the attention of food writers nationwide and drawing a line of patrons outside the restaurant each night, with a no-reservation policy.

At K-Paul's, Prudhomme introduced blackened redfish, setting off a nationwide craze which made the fish so popular it threatened the species. Prudhomme also is credited with introducing the turducken, now a mainstay.

After requests from diners for samples of the spices used in his cooking, Prudhomme established Magic Seasoning Blends in 1982. The company manufactures and distributes a line of spice blends in all 50 states and 37 countries. It remains open despite the restaurant closure.