Landrieu was the aunt of the former mayor and U.S. Senator and well-known as an advocate for early childhood education. 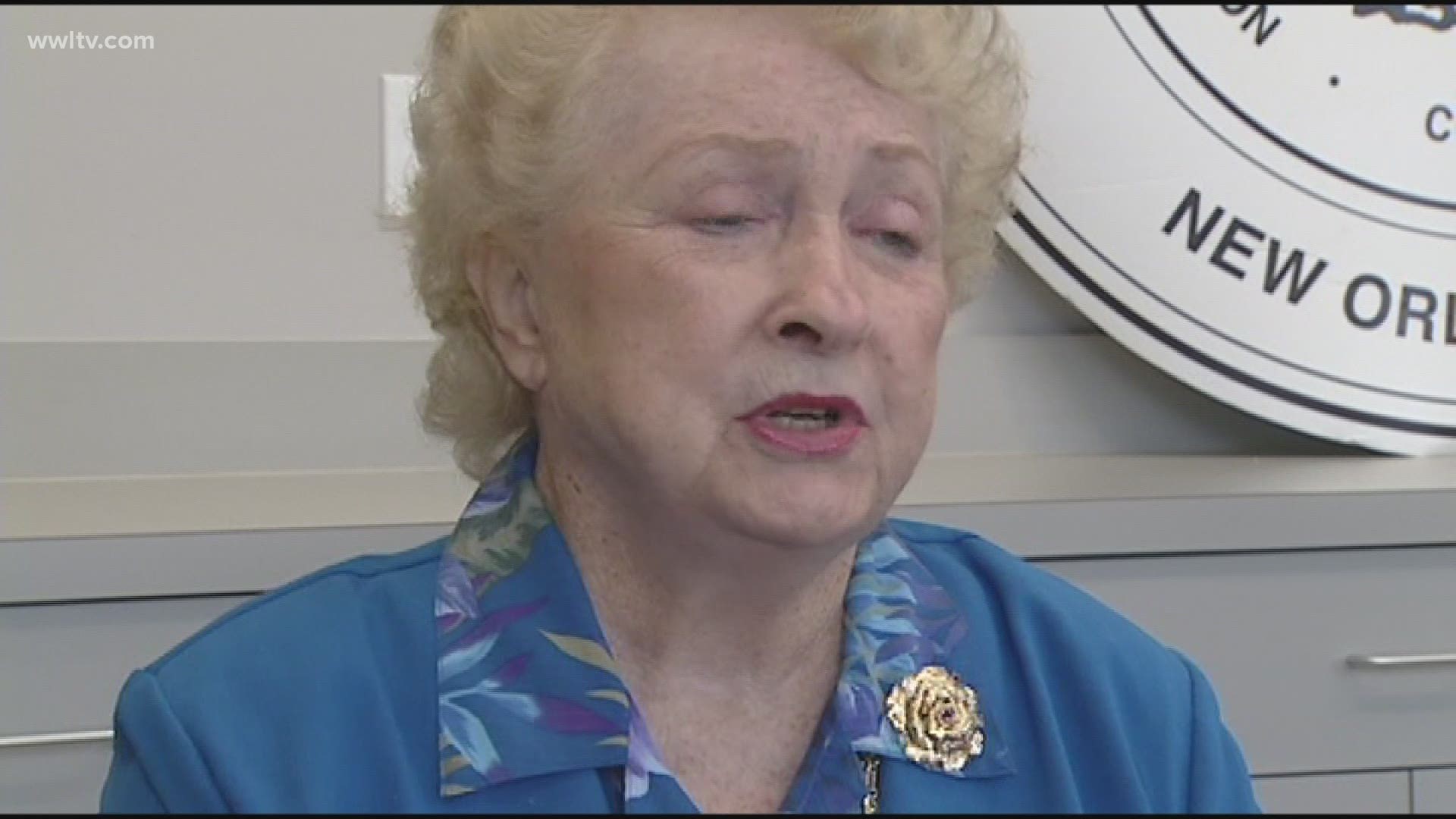 Mrs. Landrieu served just one term on the Orleans Parish School Board, from 2004 until 2008. Her election came one year before Hurricane Katrina and the federal levee failures, which decimated the public school system and prompted a state takeover of the city’s failing schools. Despite challenging and often contentious times, when Mrs. Landrieu left office in 2008, she touted the board’s accomplishments.

"This board is operating at the highest level of business proficiency that is needed. That's a big accomplishment," she said in The Times-Picayune. "We took over a system that was widely corrupt, totally inefficient and ineffective."

Landrieu was elected to represent a district which included parts of Uptown, Central City, the Garden District and the Central Business District.

As a long time member of the Orleans Parish School Board, she was a strong believer in public education and a true champion of helping to improve the lives of all Louisianans, especially the disadvantaged. Please join me and Donna in praying for the Landrieu family. #lagov

After leaving the school board, Mrs. Landrieu devoted herself to the cause of early childhood education. She co-founded the Early Childhood and Family Learning Foundation and served as the nonprofit group’s president and chief executive officer.

“The goal is to change education in Louisiana forever," Mrs. Landrieu said of the project.

Its centerpiece was the Mahalia Jackson Early Childhood Center, a Central City facility offering day care, basic health care and early childhood education for as many as 500 infants and pre-schoolers.

In a 2013 interview with New Orleans Magazine, Mrs. Landrieu explained the origins of the foundation, saying that too many New Orleans children were at-risk from infancy and failed in school because of underlying social and physical health disadvantages.

In addition to serving the needs of young children, she also worked to help abused and neglected children. She helped establish the Task Force on Child Sexual Abuse, a group devoted to increasing the reporting of child abuse. She was also a member of another similar group, Prevent Child Abuse Louisiana, and president and chief executive officer of the Health & Education Alliance of Louisiana.

Mrs. Landrieu's niece, Judge Madeleine Landrieu, dean of the Loyola University College of Law, called her a true leader in  the field of education.

"She was steadfast in her commitment to the health and safety of children in our community," said Madeleine Landrieu. "She led us all to better understand the importance of early childhood education."

Today we mourn the death of Phyllis Landrieu, a passionate champion for our children & for early childhood education. She was a trailblazer, and a fierce advocate for our children’s health and well-being. She was a woman of steel. @CityOfNOLA sends our condolences to the
family. pic.twitter.com/H0AEdH6FTc

Although her campaign for school board was her first run for public office, Mrs. Landrieu had worked in local politics behind the scenes for decades. She was a key fundraiser and advisor for her brother-in-law, his children and many other candidates.

“We do very little politically that Phyllis isn’t involved in,” was how one member of Moon Landrieu’s inner circle described her role in a 1972 States-Item article. The reporter focused on Mrs. Landrieu’s work in a political arena which was dominated by men at the time.

“I think I’ve proven I can hold my own with the men and that’s why I’m accepted by them,” she was quoted in the article. “At the same time, they need people like me to do the ‘nitty gritty’ kinds of jobs. Men like making the decisions but they often don’t like doing the work that comes before the decisions can be made.”

Mrs. Landrieu also owned a public relations firm for many years, with clients that included Tenet Healthcare and the New Orleans International Airport.

Born Phyllis Ann Coldewy in Baltimore, Maryland, Mrs. Landrieu moved with her family to New Orleans in 1942. She graduated from St. Mary’s Dominican High School and attended Loyola University, where she met her future husband. She later earned a degree in marketing and communication from the University of New Orleans. At age 70, she earned a master’s degree in education from UNO as well.

In 2016, Loyola University awarded her an honorary degree for her work in education.

Other honors included an Outstanding Community Service Award from UNO, CityBusiness Woman of the Year honors and national awards for her service to abused and neglected children.

Her local civic involvement also included serving on numerous boards and committees, including the New Orleans Chamber of Commerce, the United Negro College Fund, New Orleans Navy League Board, Crescent City Peace Alliance and more. She was a co-founder of the House of Ruth, an organization that serves homeless women and those at risk of homelessness.

Her husband died in 2016. The couple had been married for 62 years. Two of her sons, Stephen and Scott, also preceded her in death.

A funeral Mass will be said Wednesday, Oct. 14 at noon at St. Francis of Assisi Catholic Church, 631 State Street, New Orleans. Visitation will begin at 10 a.m.