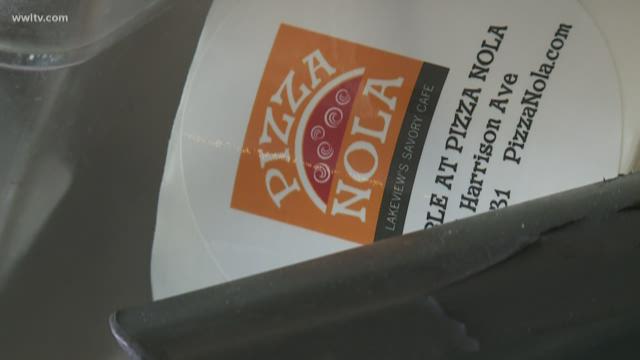 NEW ORLEANS - A Lakeview favorite announced Monday that in two weeks doors will close. Pizza NOLA, a well-known New Orleans establishment, has been serving delicious food and desserts for years.

As word spreads Pizza NOLA is closing, people are asking why?

"They got good food, good wings over there," said Brad Milliet.

"I know, I was shocked to hear that, it's so sad," said Kay Larsen.

The pizzeria has been around for almost eight years which is why owner, Will Samuels, says it's tough to say goodbye.

"I have customers who order from me several times a week," he said. "I have consistent people that if the phone rings a certain time of day I know who it's going to be and what they're going to order. So I feel like I'm letting them down."

When sales slowed last year, Samuels couldn't explain it, but hoped Carnival would bring numbers up.

"November and December we had some of the worst months we've ever had in this business," he said.

During Carnival, they sell Don Phuong King Cakes. However, with the bakery's popularity rising, Pizza NOLA was given fewer king cakes to sell and they couldn't bounce back.

"They had to cut us off dramatically," he said. "So towards the end of Carnival we were only doing a fraction of what we could've done and we were counting on that money on making it through the end of the year."

The announcement is surprising customers, especially for those who feel that part of West End of Harrison Avenue is growing.

"It's booming here," said Milliet of Milliet's Painting and Renovations. "They have a lot of houses getting built, getting renovated and also they're building a few businesses down the street down here."

The restaurant closes March 11, and as employees prepare for what's next Samuels is doing the same. Even though good opportunities, he says, are broiling in the oven, saying goodbye to this local, family pizzeria won't be easy.

"It'll be tough it's something we've developed over 7.5 years and it is who we are," he said.

Samuels says they will open next Carnival (2019) to sell King Cake. Specifics still need to figured out, but he says come January 6th they'll have kind cake for sale.