Man, woman arrested for cruelty after 7-year-old forced to live in locked closet

Tiffany Cupp, 33, and Jack Branton, 32, were each booked with a count of second-degree cruelty to a juvenile. They were out of jail Tuesday on $25,000 bond each. 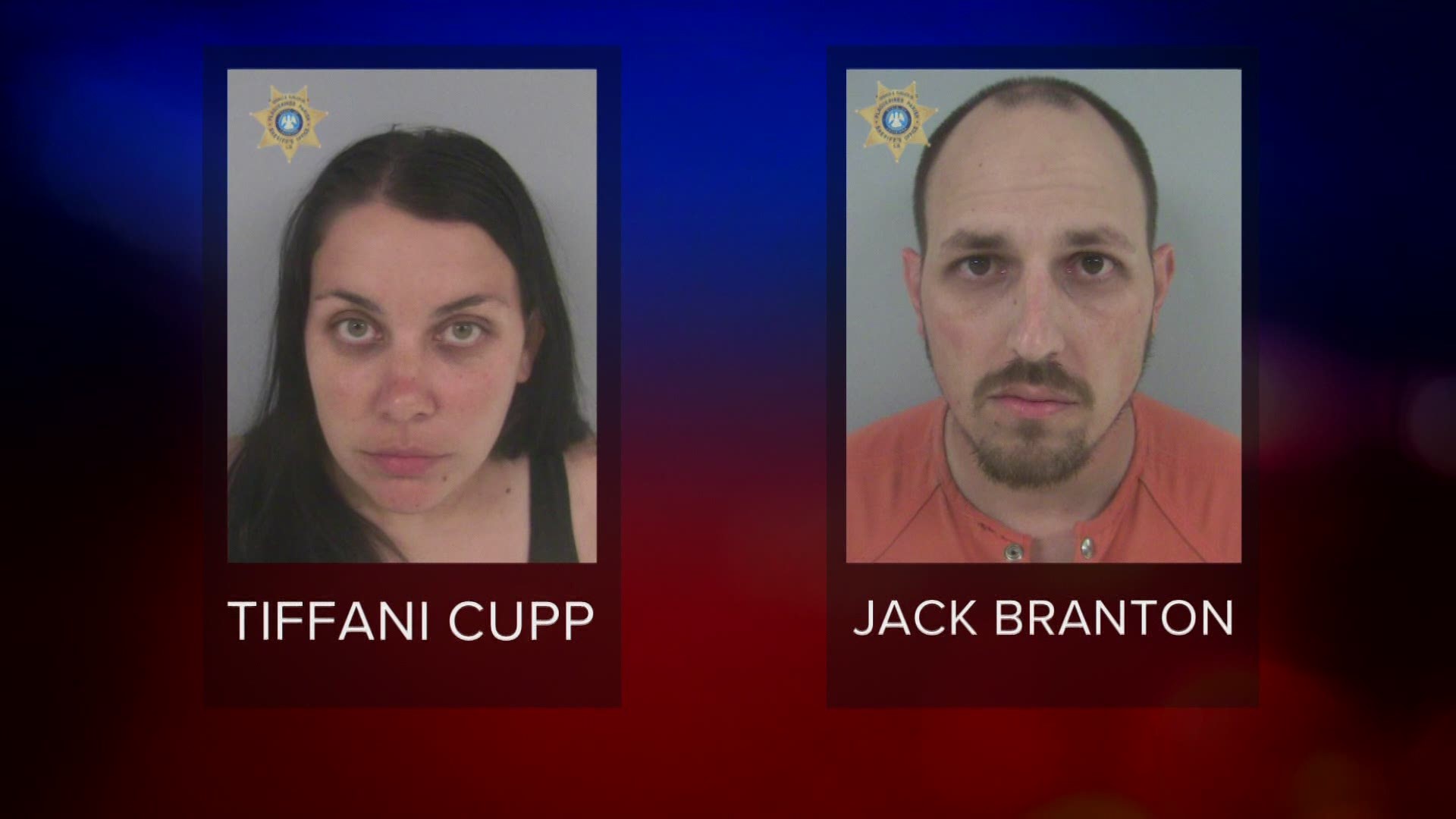 BELLE CHASSE, La. — A man and woman from Plaquemines Parish face serious charges of cruelty to a juvenile after authorities said they found a girl locked up and injured inside of a Belle Chasse home.

Tiffany Cupp, 33, and Jack Branton, 32, were each booked with a count of second-degree cruelty to a juvenile. They were out of jail Tuesday on $25,000 bond each.

Authorities arrested them Friday at a home on Cedar Drive after someone called them with serious allegations about how a 7-year-old girl was being treated.

“This is a situation where a child was kept in a locked closet. That’s what they had for the child. And in a room with puppy pads on the floor for feces and all that,” said Plaquemines Parish District Attorney Charles Ballay.

In a statement, the Sheriff’s Office said an “investigation revealed a juvenile in the care of Cupp and Branton had been living in substandard conditions and received significant injuries due to the living conditions. The juvenile was transported to Children's Hospital for an evaluation and medical treatment.”
The girl is now in the custody of the Department of Children and Family Services.

“The Department of Children and Family Services cannot comment on, or even acknowledge the existence of, a potential investigation of abuse or neglect involving a child. If there is an investigation, state laws make the entire process – from report to investigation to outcome – confidential,” a spokeswoman for the agency said in a statement.

“Our main thing is we know this child is protected now, so it’s not like the child’s going back with either of them now and from my standpoint, hopefully never,” Ballay said.

He added that he’s grateful someone brought this situation to the attention of authorities.

“Many a time, unless a -- I’m going to say a nosy neighbor -- or perhaps a good relative here might call this to the attention of law enforcement and family services, we don’t know about these.”

Bally said a case like this, with accusations of cruelty to a juvenile, is one that authorities won’t take lightly.

“The penalty is zero to 40 years. That’s the same thing as manslaughter, zero to 40,” he said. “So that tells you how serious the Legislature takes it and the people take it.”