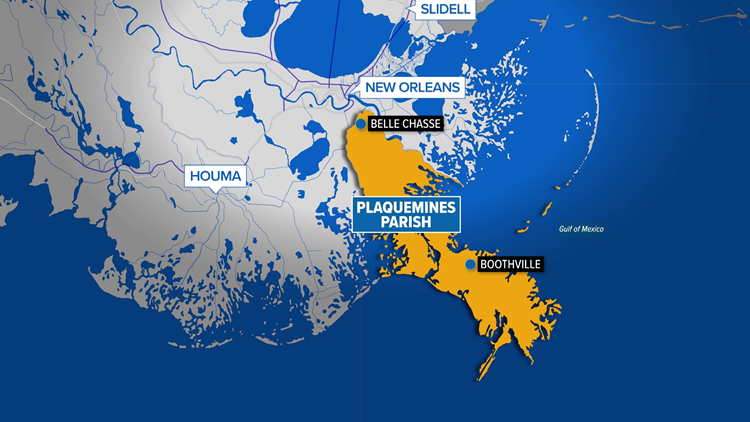 NEW ORLEANS — Crews have reportedly contained an oil spill spotted off the coast of Plaquemines Parish that has already impacted an estimated 120,000 square feet of marshland.

The U.S. Coast Guard says it received an alert of oil discharge in Cox Bay in Brenton Sound around 8:52 a.m. Thursday. Aircrew on an MN-65 Dolphin helicopter spotted a 200-yard by 30-foot "unrecoverable oil sheen" coming from the marsh near where the oil was discharged.

Crews with OMI Environmental Solutions have placed about 300 feet of boom around the spill, but the Coast Guard estimates a 200-foot by 600-foot area of marshland has already been impacted. The USCG says there have been no reports of impacted wildlife.

The owner of the flowline, Time Energy, reportedly said the source of the leak has been secured. The cause of the oil discharge is still under investigation.