The power went back out at the airport Saturday afternoon after it was out for hours that morning. NEW ORLEANS — Power was restored at the Louis Armstrong New Orleans International Airport for the second time Saturday after electricity went out in the morning and again in the afternoon.

Tropical Storm Olga caused widespread outages as it tore through Southeast Louisiana overnight into Saturday. The airport was without power for hours in the morning, causing multiple flights to be cancelled and delayed.

Power was restored around 10 a.m., officials announced, but went back out again around noon. At 11:55 a.m., MSY officials tweeted there was a second outage of Entergy-supplied power at the airport.

Entergy crews were back at the airport working to restore power for the second time in the same day, as lines of weary travelers grew inside and outside the airport.

The power at the airport was out for several hours, forcing the backup generator to provide light inside and downing the computers in the airport.

As a result, an open house event for the airport's unopened terminal scheduled for the morning was pushed back to 1 p.m.

At its peak, Entergy Louisiana's power outage map showed close to 70,000 buildings without power across Louisiana, including 26,000 in Jefferson Parish and close to 19,000 in Orleans as Olga has rushed onshore with higher-than-anticipated winds. There were also more than 10,000 outages reported in Tangipahoa.

A High Wind Warning was in effect with a top wind gust of 66 mph at the Naval Air Station and top winds in the 50s on the Northshore and Jefferson Parish.

WEATHER: LIST: Closings across Southeast Louisiana due to heavy rain

WEATHER: More than 70,000 without power, flights delayed as Olga rushes through 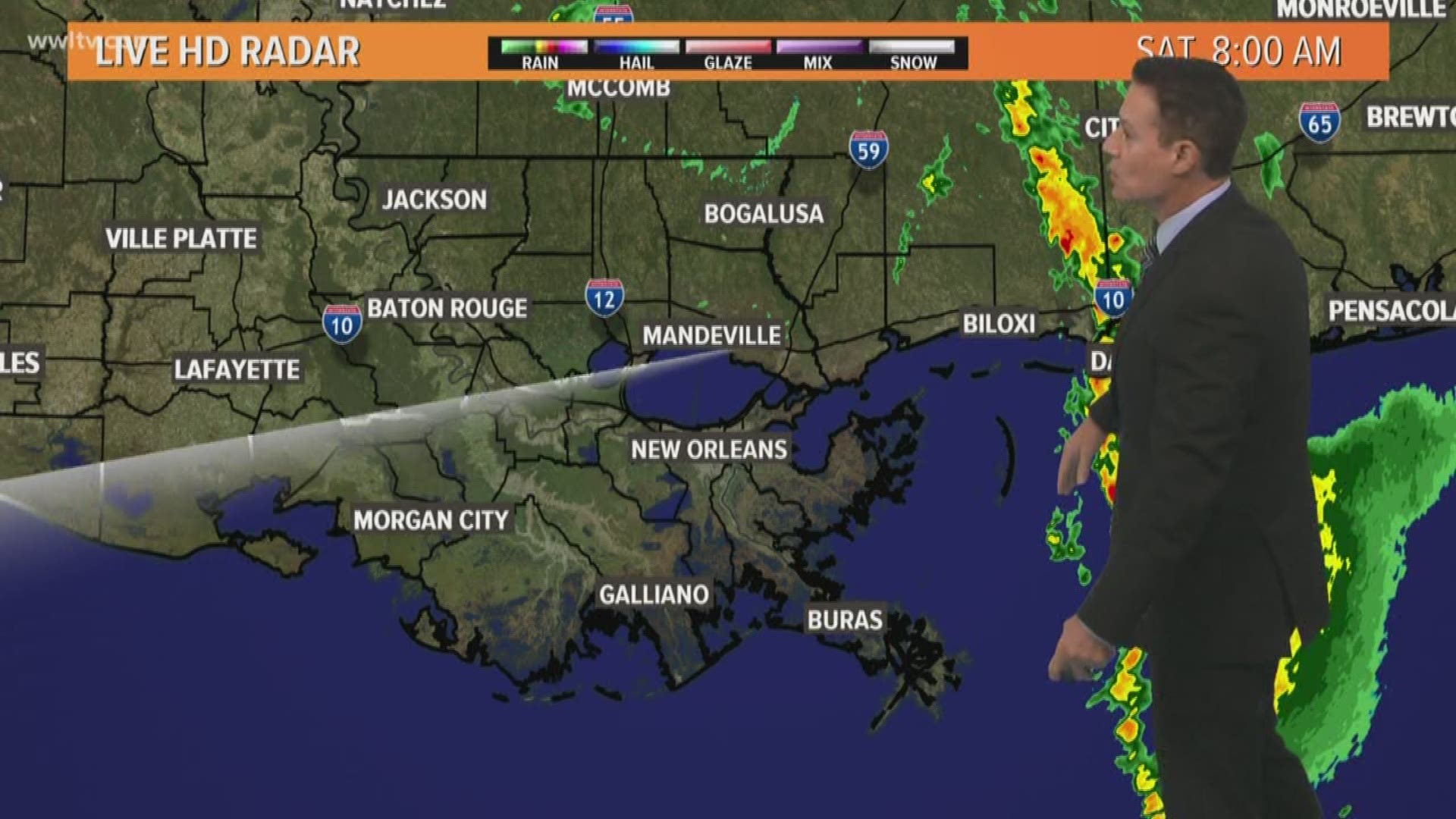