"As Dr. King jokingly said 11:00 on Sunday mornings is the most segregated hour in America. So we've got to be very deliberate through the church to different groups together." 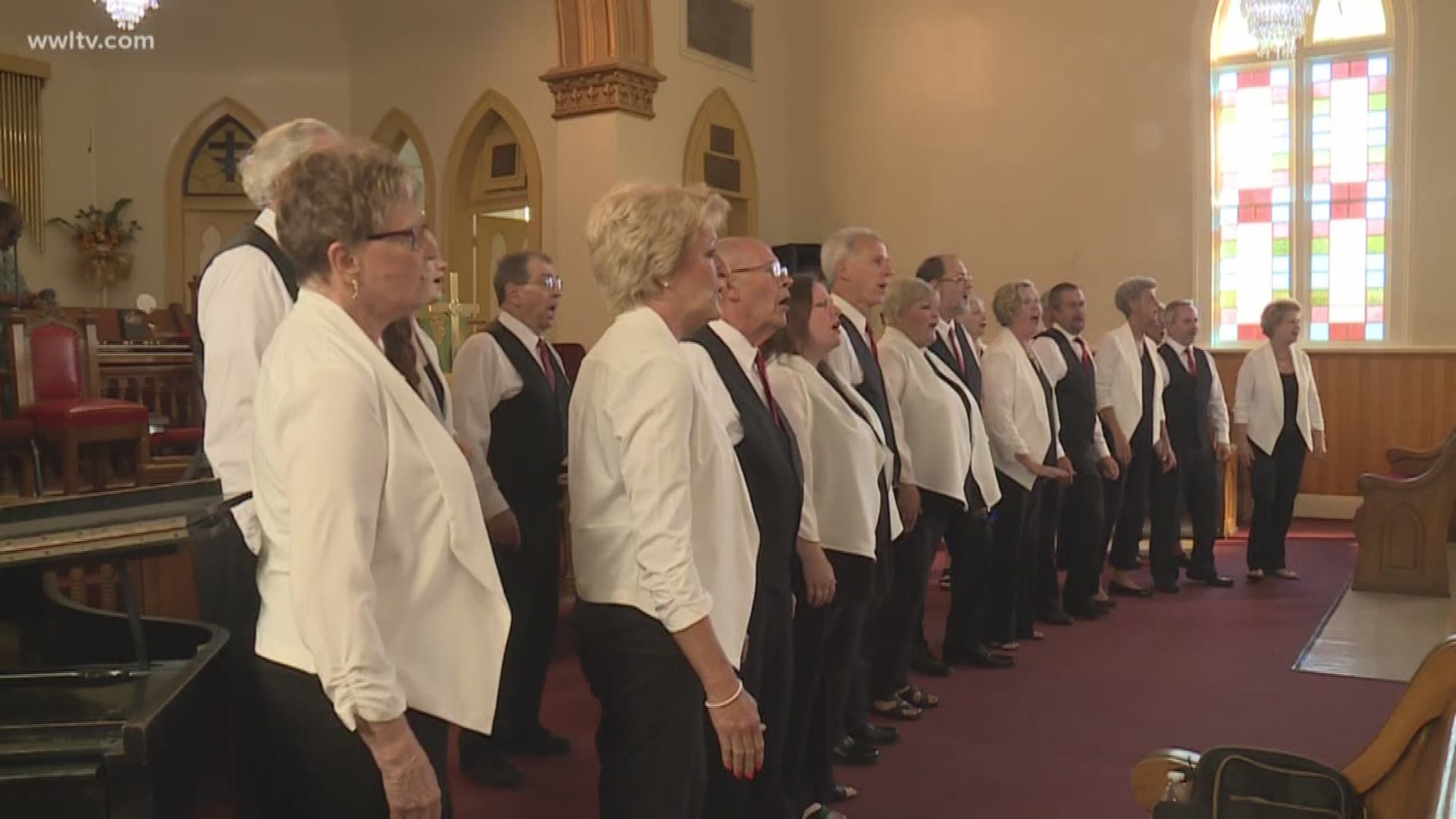 NEW ORLEANS -- Singing the words of a famous spiritual that dates back to the Underground Railroad, The Castlewood Singers from Indianapolis, Indiana used their vocals for messages of love.

"With this world. With the gun shooting. With the racial tension with just the craziness of day to day life, if you don't have God, you need it," Scott Bradford, Artistic Director of The Castlewood Singers said.

"As Dr. King jokingly said 11:00 on Sunday mornings is the most segregated hour in America. So we've got to be very deliberate through the church to different groups together. Blacks and Whites and so forth, for the purpose of worship," Reverend Jay Augustine, Pastor of Historic St. James AME Church said.

Reverend Augustine hosted tonight's concert in his church. He is calling this a summer of racial reconciliation for his congregation.

"This was really motivated by history. Looking at the tragedies of April and June, 1968, and obviously the assassinations of the Rev. Dr. Martin Luther King Jr. and then Bobby Kennedy during his presidential campaign," Rev. Augustine said.

The concert comes on the heels of the third anniversary of the racially motivated chruch shootings in Charleston, South Carolina, where 9 members of the Emanuel AME Church were gunned down.

"We're remembering them by starting a summer of racial reconciliation. Being very deliberate here in the deep south opening the doors in the church to all," Rev. Augustine said.

As the doors opened, family and friends, Black and White sat side by side.

Bill Welter and Al Jackson say with the hatred and bigotry happening in the world, we need events like this now more than ever.

"It affects us cause it affects the spirit. It's that inner part of one's being that says wow, this makes me feel good," Jackson said.

"Music is the language of emotion. And it is on an emotional level that we connect. So there's no other way to do this than music," Welter said.

It's through music, this universal language that those listening to the ballads say reminds us that love for one another can always prevail over hate.

Reverend Augustine says Historic St. James AME plans to have more events on racial reconciliation for the remainder of the summer.