Protests for racial equality march on in New Orleans

“What we are doing today is really uplifting black lives," Harmon said. "We really need to redesign how we envision public safety.” 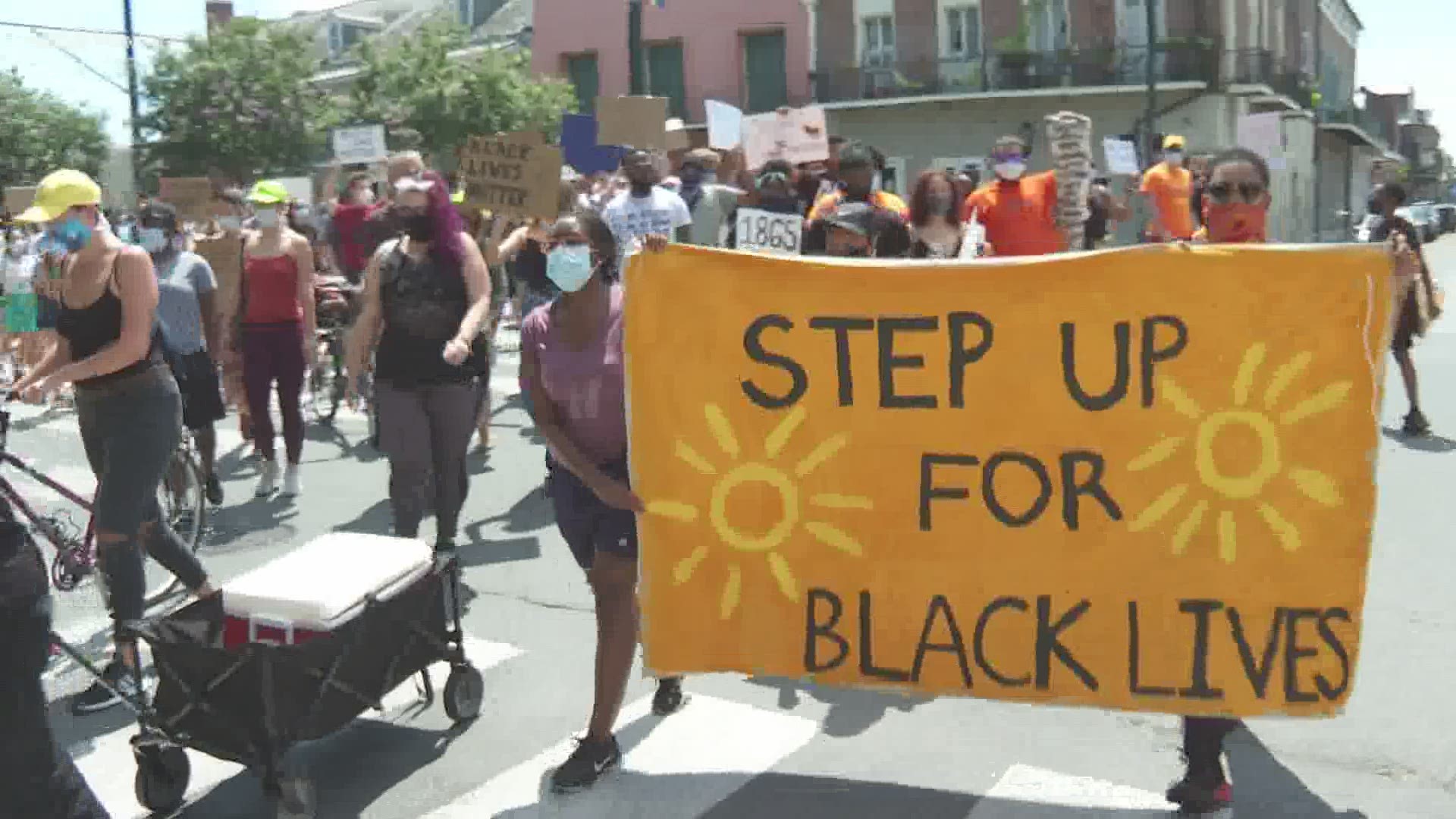 NEW ORLEANS — Protesting and demonstrations continue across the New Orleans area, including outside of Armstrong Park where large crowds marched demanding police funds to be used in other ways to serve the community.

Saying the names of the men and women who build this city, Maria Harmon with Step Up Louisiana said her aim was to fight for change as her predecessors did.

“What we are doing today is really uplifting black lives," Harmon said. "We really need to redesign how we envision public safety.”

Echoing demonstrations across America, protesters at the demonstration outside Armstrong Park said they want the bigger portion of public spending that goes to police departments to go to social services instead.

“What we want to do is encourage the New Orleans City Council to defund the police and use that funding to really invest in our communities, where we can really have a true sense of public safety by investing in youth and development programs and education and living-wage jobs.”

With signs in their hands, many demonstrators hit the streets to let public officials know that protesters, like Elyse Bejasa, won't accept the status quo.

"We are out here to support racial justice and to have our voices heard," Bejasa said. “I think that we have found in history that the only way to reform things or to change things is to tear them down — break them down and rebuild.”

The fight starts with ending police brutality, but It doesn't end there. Protesters said they're still optimistic for change

"I really am (hopeful) because of the many protests that have sparked up across the city of New Orleans and Louisiana," Bejasa said. "We just really need to be heard, and I really hope they are paying attention."

RELATED: Atlanta police chief stepping down, mayor calls for officer in Atlanta shooting to be fired