Calls for action continue ringing in the streets. Renewing a push for change both in law and hearts across the nation. 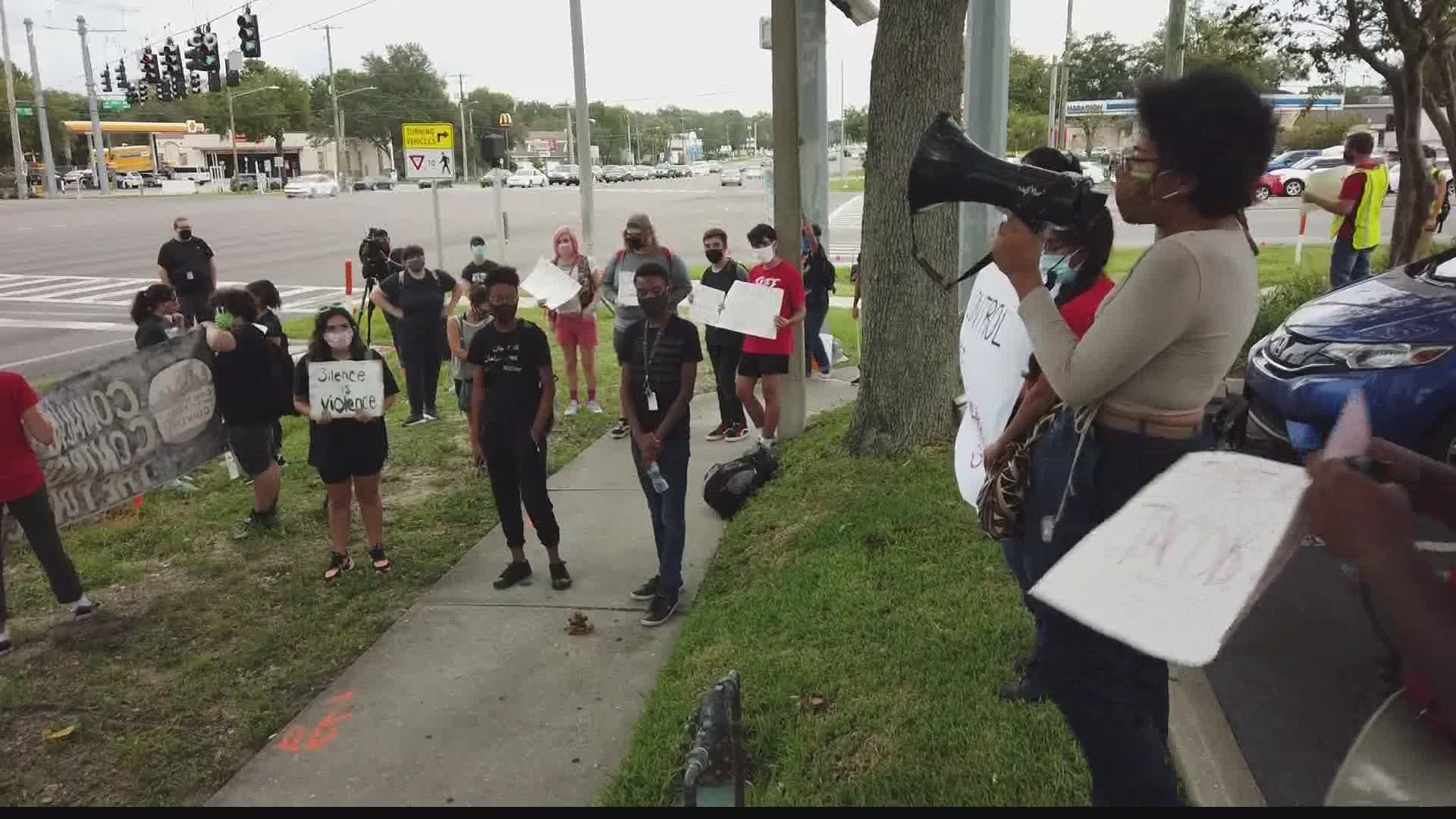 TAMPA, Fla. — Calls for action continue to ring out in the streets. Renewing a push for change both in law and hearts across the nation.

"We are continuing to demand justice for the victims of police brutality. People are like, 'Oh why are they protesting? Why are they rioting?' It's because people are tired. People are tired of the injustices committed against black people every day," USF student Taylor Cook said.

Cook is a member of Tampa Bay Students for a Democratic Society and helped organize the protest to stand in solidarity with Jacob Blake. The 29-year-old man from Kenosha, Wisconsin. He was unarmed when an officer was accused of shooting him in the back 7 times.

"I still have to worry about being killed in 2020," Dolores Bartels said. The 27-year-old says she's scared of the divide in our nation.

"I hate to say it, but it's hostile. That's all I feel when I come outside now. I'm worried is this person racist? Are they going to say something to me if I go to this store? I shouldn't have to worry about that," Bartels said.

Days after Blake was shot, their signs show this group's message. It's the same message Dr. Martin Luther King Jr. preached about years ago on this very day. He had a dream all men and women would be created equal. Years later demonstrators across the country are still fighting for equality.

The demonstrators continue to ask lawmakers to listen and pass policies that will protect everyone.

"We don't want anything but to be heard by Jane Castor, by our government, by people that have the power to change things. It just feels like they're not listening. I believe that a change is already coming because we're protesting. We're bringing light to issues that were swept under the rug years ago," Bartels said.

►Stay In the Know! Sign up now for the Brightside Blend New