Socially distanced demonstrators stood in solidarity with Jacob Blake and his family. The 29-year-old is still recovering after being shot by police in Wisconsin. 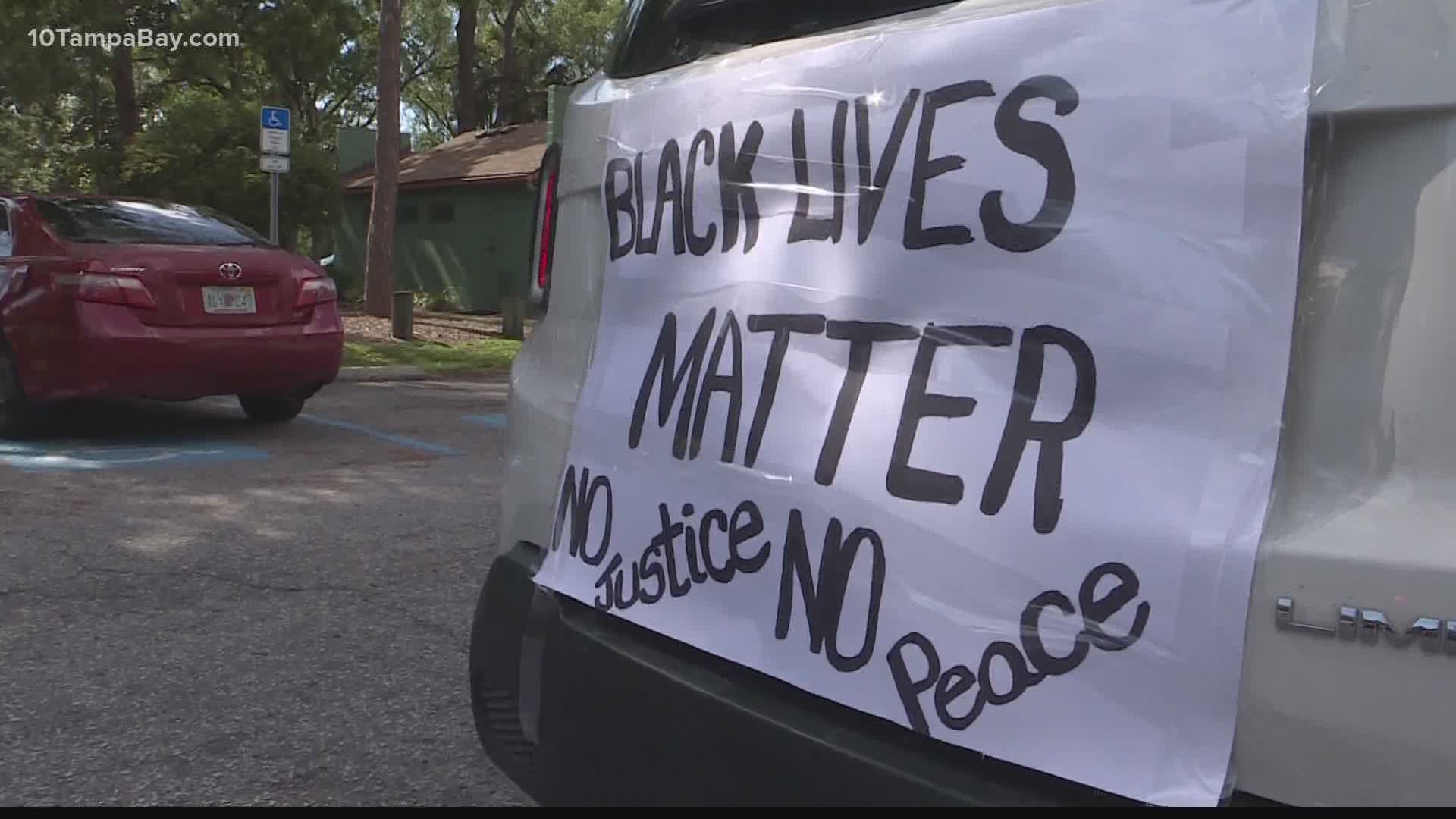 TAMPA, Fla. — The calls for action continue after an officer reportedly shot an unarmed Black man. This time in Kenosha, Wisconsin.

Demonstrators took to the streets and rallied in their cars. More than 50 of them drove near Al Lopez Park to demand equality

"We are exhausted. The violence continues regardless of what we do," Black Lives Matter Tampa Organizer Tati Orengo said.

But the group still organized to bring people together once again. This time in a socially distanced demonstration of over 50 cars draped in signs.

Credit: 10 Tampa Bay
Demonstrators put signs on their cars before the protest

"I am here to support Black Lives Matter. It really is necessary. It's just so much injustice going on with the horrendous murders of our people repeatedly and repeatedly," Rita Robinson Gregg said.

This time they protest for Jacob Blake in Kenosha Wisconsin. The 29-year-old is in the hospital paralyzed from the waist down after an officer reportedly shot him in the back seven times. The shooting has gripped the nation's attention.

That's why they say they'll continue protesting. They're asking for accountability and for police to be held at the same standard as everyone else.

"We're getting desensitized. We're getting used to seeing Black men, Black women, brown men, brown women being killed in the street. What else can we do besides show how we feel? It's out of love. We love our community. We love Jacob Blake. We love Breonna Taylor. We love George Floyd," Orengo said.

The community fights so another name won't have to be read and more lives won't be taken.

"A change has got to come. Something has got to happen to make all of this stop. The power is in the people so the more we organize and the more we spread that message, hopefully, they can stop killing us," Robinson Gregg said.