One horse, named J Rob, won a race on Jan. 9 and took pictures in the winner's circle — only to be euthanized right after. 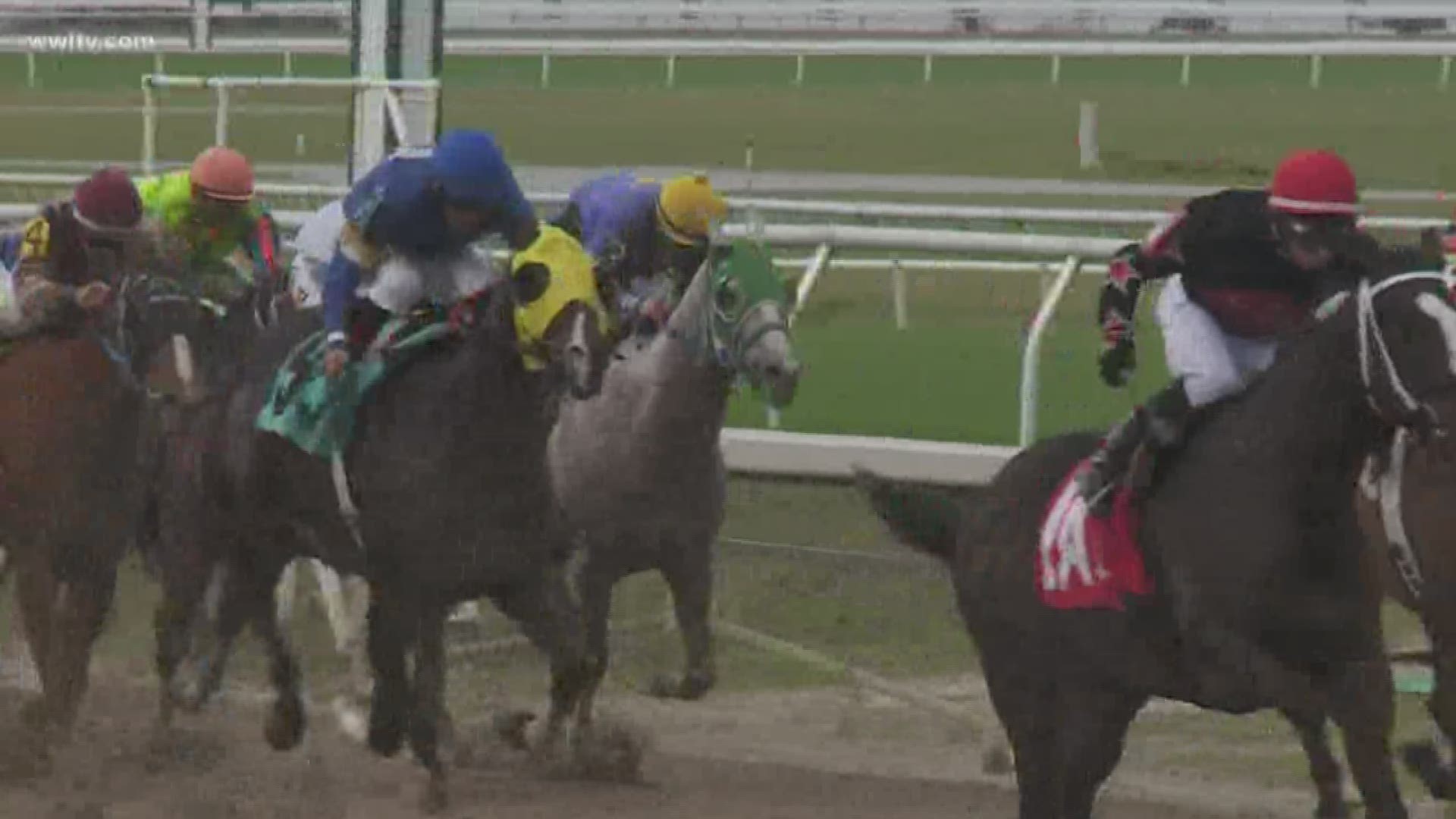 NEW ORLEANS — It was business as usual Monday at the New Orleans Fair Grounds.

Rail birds braved the cold to watch the races — but in recent days, some of the horses they've watched have been euthanized. Four have been put down in the last 10 days.

One horse, named J Rob, won a race on Jan. 9 and took pictures in the winner's circle — only to be euthanized right after.

A recap of the race says he quote "prevailed under vigorous urging."

In another race, two jockeys were thrown from their mounts after another horse named Jim's Silverbullet, fell and was later euthanized.

One Fair Grounds trainer, who asked not to be named, said last year's racing season saw only two deaths and he hoped this was an anomaly.

RELATED: Siberian husky with unique eyes given up by breeder but rescued

He said the track’s turf and dirt surfaces this year as the same as last year.

That track saw more than 40 horses put down in the last 13 months. Animal activists question if the use of performance enhancers is to blame, but those who work with horses dispute that claim.

Those who love what's been called the sport of kings said the problem has to be found out — so there can be a solution.

While individuals own the horses, the Fair Grounds said it takes the safety of them and the riders seriously.

“These recent incidents have been unfortunate and most unusual. We take each and every case very seriously and are committed to investigating every possible contributing factor,” the track said in a statement.

“We will rely on the expertise of our Equine Medical Director, Dr. William Farmer, to conduct an in-depth review of each situation individually as well as utilize the third-party evaluation of Dr. Mick Peterson who is currently on site facilitating a thorough investigation of the track surface as well as any other possible variable.

“We will continue to employ every resource to assure the utmost safety and integrity for all involved in this industry.”