Homan's father told the newspaper that a memorial honoring his son is being planned for Saturday. 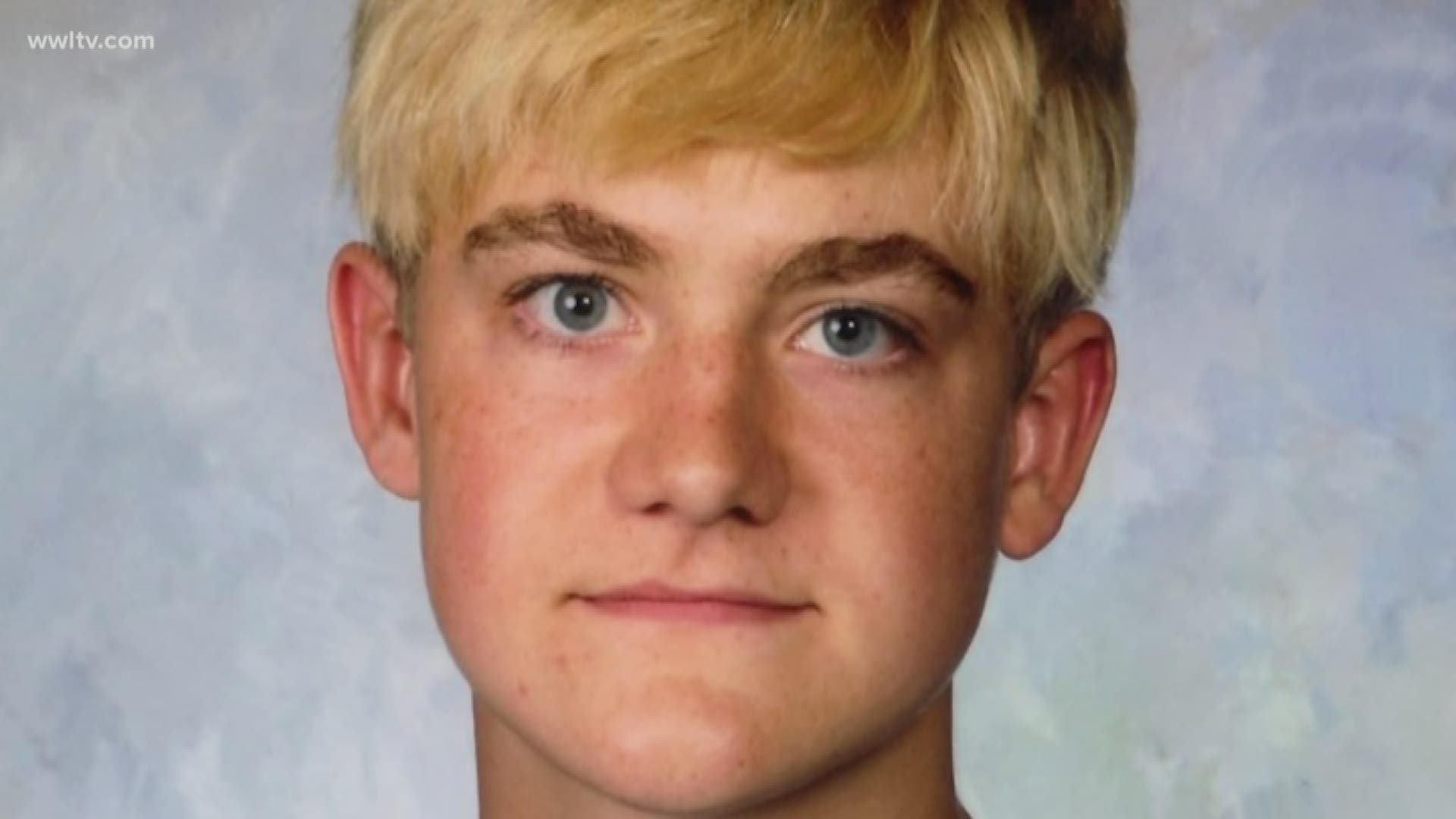 During his time at Lusher High School, Gilgamesh "Gil"  Homan was an incredible figure, always kind, always surrounded by friends.

“Gil was really a pleasant kid,” said Corbett speaking with WWLTV’s Paul Dudley. “He was a young man that had an incredible social network. He was the kind of person who was friends with everyone.”

The 18-year-old graduated from Lusher High School just last school year before heading off to LSU this Fall.

“Gil was someone who had a calm demeanor about him, a peaceful presence and it sort of kept you at ease,” said Corbett. “He was someone you were always happy to see and I think anytime he walked into a room or hallway he was just a kid that you enjoyed being around.”

Gil was skateboarding over the weekend in Baton Rouge when he fell and suffered a head injury. According to our partners at the NOLA.com/Times Picayune, Emergency Medical Services picked Gil up at an LSU infirmary and brought him to an emergency room for treatment of a fracture to the back of his skull. He was placed on life support, including a breathing machine, as his brain bled and swelled.

His father, Xavier University professor Michael Homan, wrote in a public Facebook post that his son was taken off life support Tuesday after doctors were unsuccessful in easing the pressure created by the swelling. He’d been hooked up to life support since the accident so that his organs could be donated to people in need.

“Gil was an organ donor and is saving other lives at this very moment,” read a message left on the Facebook page of Michael Homan. “There are no words, only thoughts and prayers.”

Corbett says Gil’s mother is a teacher at Lusher’s lower campus and that his passing is sending a ripple of grief throughout this community.

“Anytime you deal with loss it is difficult but certainly when you are dealing with the loss of a young man who had just left the high school but has also been here through middle school and elementary and has a parent who is in the community, I think we are all struggling to move forward,” said Corbett.

Moving forward for now starts with remembering the wonderful life Gil lived and the way he touched so many.

“I think what is special about Gil is that he had such an incredible social network. We have dozens and dozens of kids right now who are coming together and sharing his life and I think that in itself is probably the best form of therapy these kids are getting,” said Corbett.

On Lusher’s campus, there will be additional counselors for classmates of Gil as well as current students. There will be memorial from 10 a.m. to 11 a.m. Sept. 28 at Xavier University.

According to our partners at the NOLA.com/Times Picayune, Michael Homan asked people to consider donating to a scholarship fund established in his son's name to provide financial assistance to a Lusher graduate attending Xavier as a freshman.

Donations can be made by clicking here. Under the "designation" field, select "The Gilgamesh Homan Memorial Scholarship Fund."