Shoulder to shoulder the group marched through the neighborhood to a local park, some chanting as others held signs. 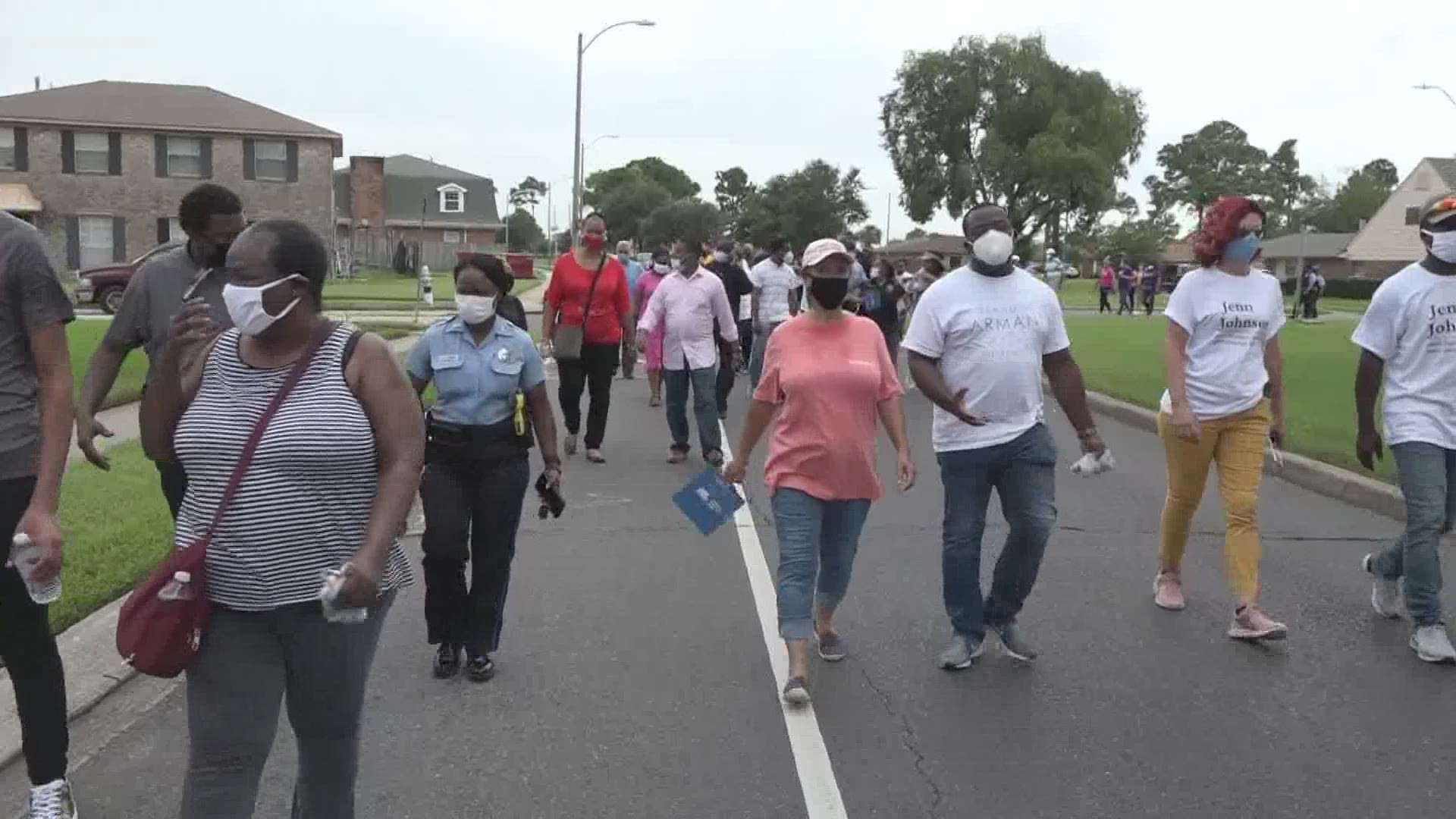 Many people took part in a march for peace Saturday morning in New Orleans East, including residents and members of the New Orleans Police Department.

The march sent a large crowd to St. Maria Goretti Church with a mission to show peace with the police.

In response to the killing of George Floyd and the recent increase in awareness of social injustices facing Black Americans, the march was also meant to be another step towards bridging the gap between police officers and the community they serve, as they stood with one another to listen and begin a conversation.

Shoulder to shoulder the group marched through the neighborhood to a local park, some chanting as others held signs.

Many of the people who participated in the march said they wanted to see more events like it.

"Well, it's very important to me as a concerned citizen. If you look at what's going on in the world right now with George Floyd and in other states, we're having a little bit of issue as far as police morale and the community,” Anthony Jackson Jr. said.  “There's been a lot of push-back, so I understand a lot of people are emotional right now. We have to work with the police not abolish the police."

"Today, I hope we show so many people around the world that the police are not always here to harm you,” marcher Anjelica Jackson said. “Unfortunately some things have happened, but let's all try and come together and be united."

NOPD officers at the march said they look forward to narrowing that gap.