Residents worried ahead of eviction at apartment complex on Conti Street

The new owners, New Orleans Redevelopment Fund, say in September they told tenants they would have 30-days to move out and that tenants haven't been required to pay rent for quite awhile 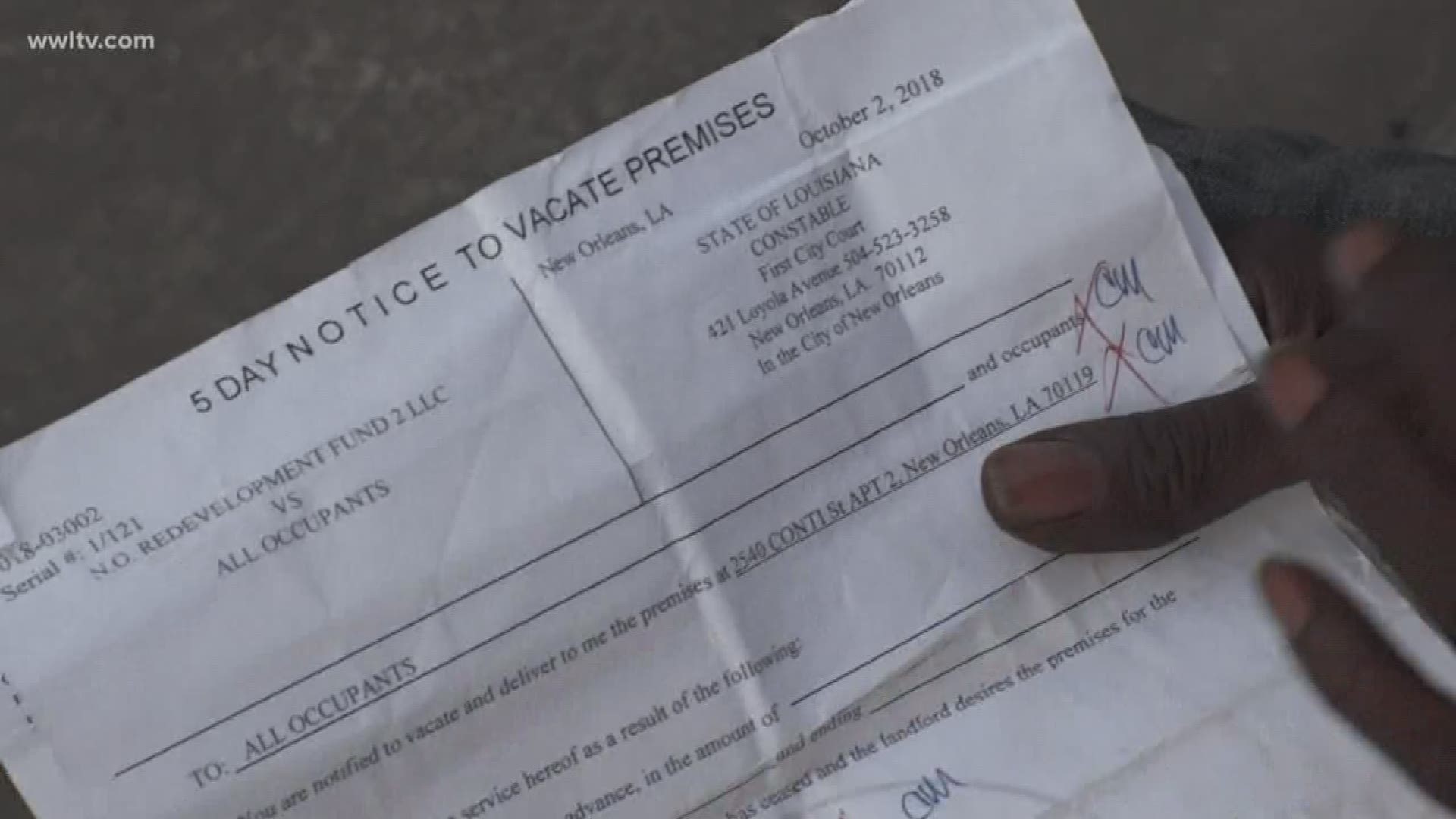 For Ebony Joseph and her 10-month-old daughter the future is uncertain at best.

“I just don’t feel like this is right,” said Joseph. “I really don’t.”

Joseph saw a “notice to vacate” at her apartment complex on Conti Street in early October but says because of previous schemes she didn't know what to make of it.

“We’ve had things like that happen before like when people put things on the door where they are scams and they aren’t real and we don’t know what is really going on,” said Joseph.

The new owners, New Orleans Redevelopment Fund, say in September they told tenants they would have 30-days to move out and that tenants haven’t been required to pay rent for quite awhile. But some residents say they only found out this week. Either way, the company went to court this week and got the green light from a judge.

“Our plan is to renovate it into 19 studios, workforce housing,” said Cullen Maumus with New Orleans Redevelopment Fund. “Rents will be in the $600 to $650 per month range.”

But beyond the plans for the future the new owners say the current condition of the property is unsafe.

Tenant Gary Hollins says he’ll be ok but worries about his neighbors. He says many might not have the money to move.

The new owners say they’ve been in touch with the tenants and do not want to see anyone become homeless.

“We’ve been in communication with the tenants on a case-by-case basis to see when they think they will be able to be out and seeing if we can be flexible at all,” said Maumus. “We will do all that we can to help them.”

Meantime, Joseph is just holding close to her daughter, hoping for the best as the holidays approach.

“I have no family here. No nothing. I don’t know what I am going to do sir,” said Joseph.

Paul Dudley can be reached at pdudley@wwltv.com.