Rex Organization cancels its 2021 Mardi Gras ball due to pandemic

Rex's decision follows the cancellation this week of parades and means there will be no Meeting of the Courts of Rex and Comus, a tradition which dates to 1882. 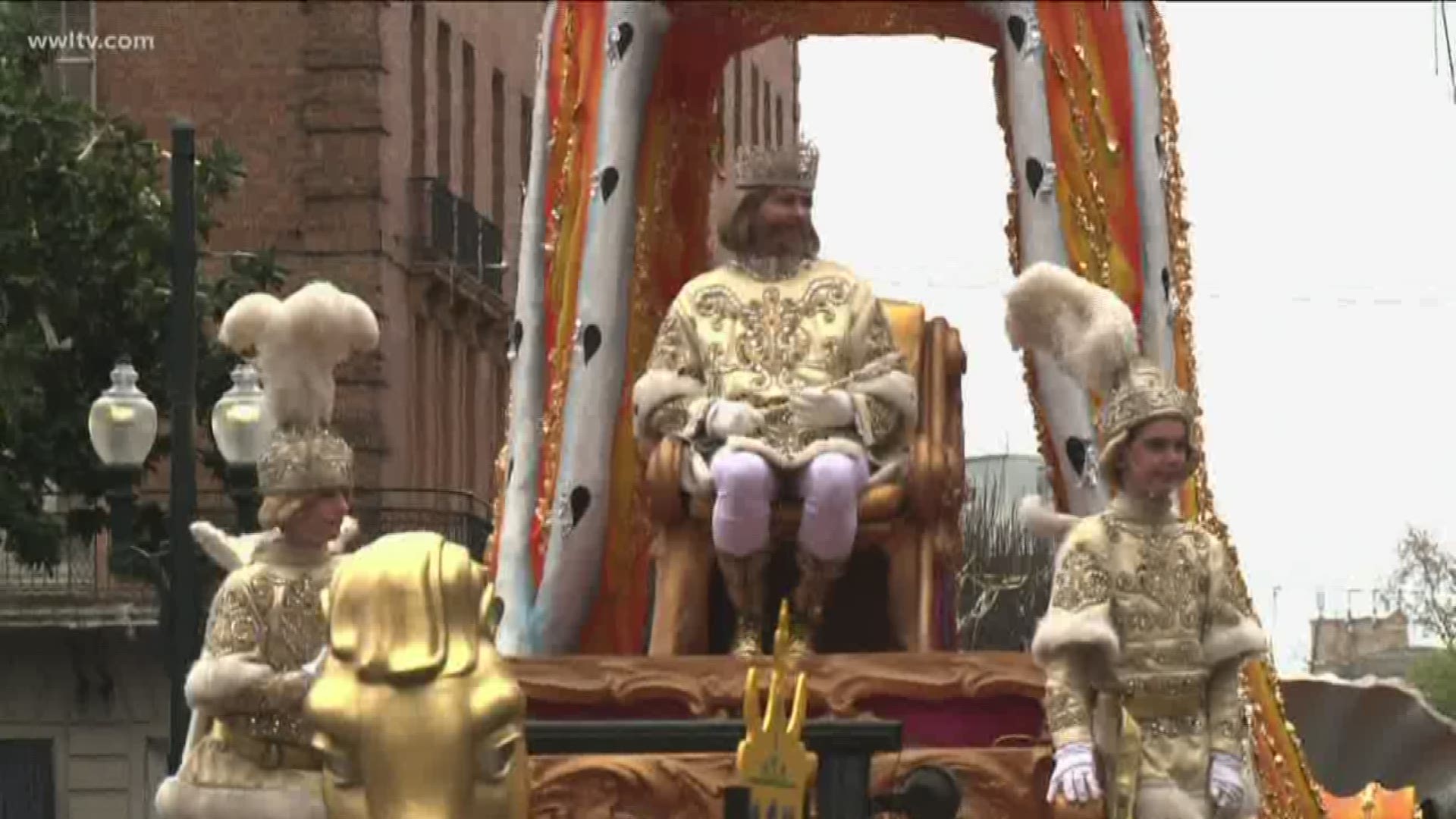 NEW ORLEANS — In the latest coronavirus-related change to Carnival 2021, the Rex Organization will not hold its traditional Carnival ball on Mardi Gras night, the krewe announced Friday.

Krewe members were informed of the cancellation in an email, according to James Reiss III, a Rex Organization official.

The lack of a parade or ball means there will also be no Rex court, and so the traditional Meeting of the Courts of Rex and Comus, a tradition dating back to 1882, will also not happen on Mardi Gras night, Feb. 16.

“There will be no Rex, King of Carnival, in 2021 and no Queen of Carnival,” Reiss said in an interview, letting the historic nature of his words sink in.

The news follows a decision announced earlier in the week by Mayor LaToya Cantrell that no Carnival parades would be allowed to roll next year because of public health concerns due to the coronavirus pandemic.

“Our members are disappointed but understanding at the same time,” Reiss said. “Nobody wants to be in the position we’re in, but we understand why the restrictions have been put in place by the city and state. Unfortunately those restrictions wouldn’t allow us to put on an event.”

Reiss, who is also a co-chair of the Mayor’s Mardi Gras Advisory Council which is made up of Carnival krewe leaders, said that the desire to stage any sort of ball, parade – or even just an event for the Rex court – cannot come before public health and safety.

“The traditions are wonderful and exciting and we have a good time putting all these events on, but at the end of the day they’re for fun and it’s not worth risking anybody’s health at risk,” he said.

COVID-19 has prompted many other krewes and society organizations to cancel their indoor Carnival balls and debutante court presentations.

Reiss said the Rex court that had been selected for 2021 has been informed of the decision to cancel.

Besides the loss to krewe members and their families, Reiss pointed out that the absence of Carnival balls is another economic hardship for the artists, vendors, hospitality workers, caterers, florists, event planners and many others who rely on Mardi Gras for income.

“One of the real tragedies is the loss of that revenue for all of those vendors and artists and workers who support these types of celebrations,” Reiss said. 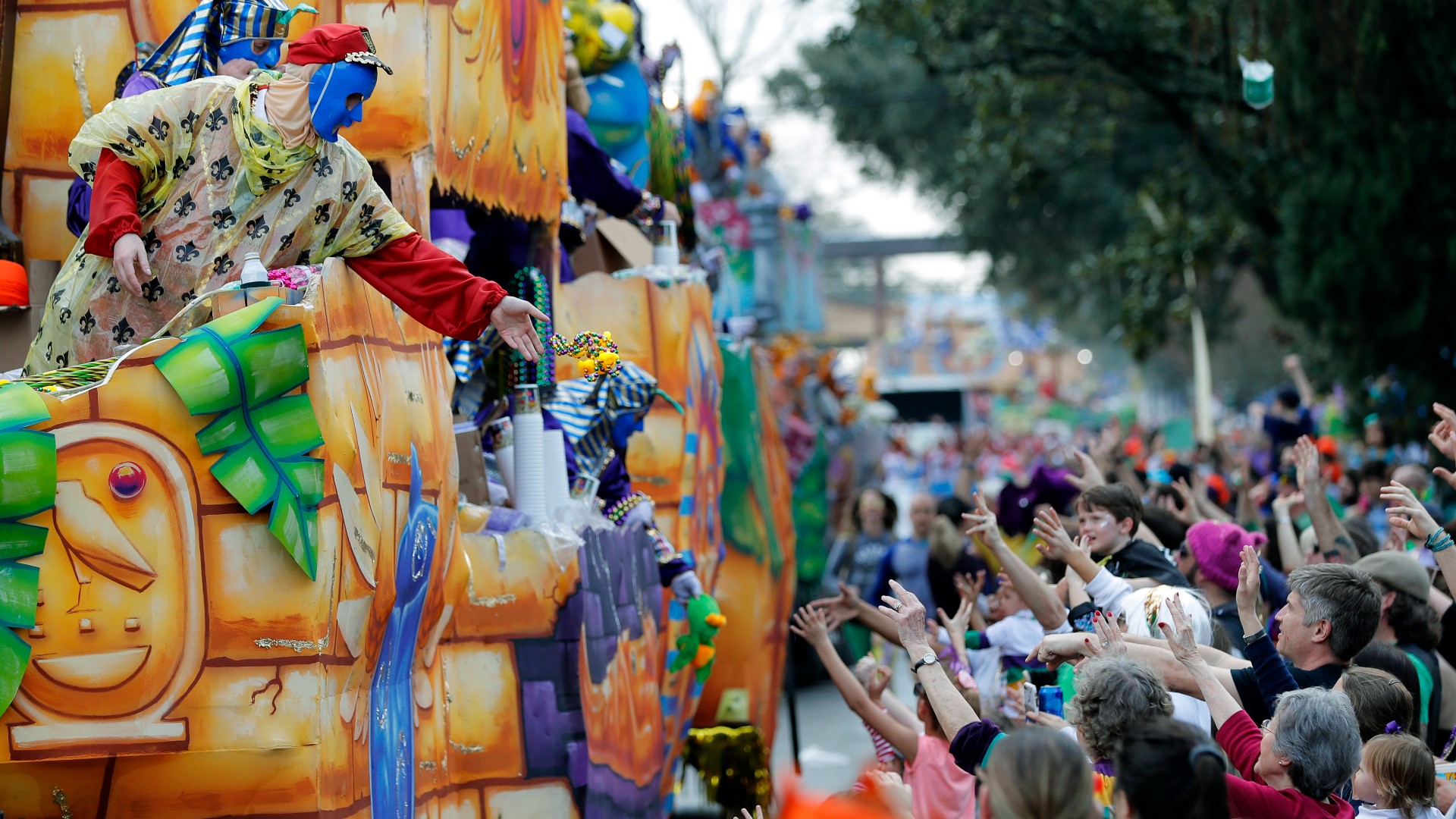 The Rex Ball, at which the King and Queen of Carnival are presented along with the maids and dukes of the court, is a tradition which dates to the second Rex parade in 1873.  At that ball, held at Exposition Hall, Rex also crowned the first Queen of Carnival, Mrs. Walker Fearn.

According to records compiled by Mardi Gras historian Arthur Hardy, this would mark only the seventh time since Rex’s founding in 1872 that the ball will not be staged.

In some years when there was no parade – such as in 1951 because of the Korean War and in 1979 because of the New Orleans police strike – there was still a ball held and a court was selected.

Prior to Hurricane Katrina, Rex and Comus staged their balls at the Municipal Auditorium for more than 65 years. Since the storm, Comus has held its Carnival ball at the Marriott hotel while Rex is across the street at the Sheraton. Rex and his Queen make their way across Canal Street via a red carpet, an event which draws a late-night crowd to the city’s main street.

Since 1997, WYES-TV has broadcast the Rex Ball and the Meeting of the Courts on air and online, where the coverage is seen by viewers across the world.

With parades cancelled, Mayor LaToya Cantrell has said she welcomes suggestions for safe alternatives to Carnival and gave krewe captains until Dec. 5 to come up with any of those proposals.

On Thursday, Cantrell also suggested she wouldn't dismiss a plan to reschedule Carnival festivities until later in the year but said that would pose logistical challenges.

Asked Thursday whether parades might be able to roll later next year, Cantrell said she hadn't been asked to consider the idea but that she'd be willing to hear it out.

On Friday, Reiss said that Rex – which is already planning its 150th anniversary parade in 2022 – would not be interested in staging a parade or ball later in 2021. “Rex is all about Mardi Gras and we have a parade and ball on Mardi Gras Day.  That is a tradition that is sacrosanct and we would never have one of those events outside of Mardi Gras,” he said.

“But I do think some sort of celebration later in the year with a Mardi Gras spin is a great idea,” he added. “What a great way to potentially bring New Orleans out of the pandemic than to take one of our most cherished celebrations and have it come back in a different form - safely.”

On Thursday, the Krewe of Endymion announced it had canceled its coronation ball, where its king is selected, and its post-parade Extravaganza. The latter event draws a crowd of thousands to the Mercedes-Benz Superdome each year.

The krewes of Bacchus and Orpheus, which also hold large gatherings at the Morial Convention Center following their parades, have not yet announced their plans.