Since 2007, Rex Organization's foundation has awarded more than $8 million in education grants 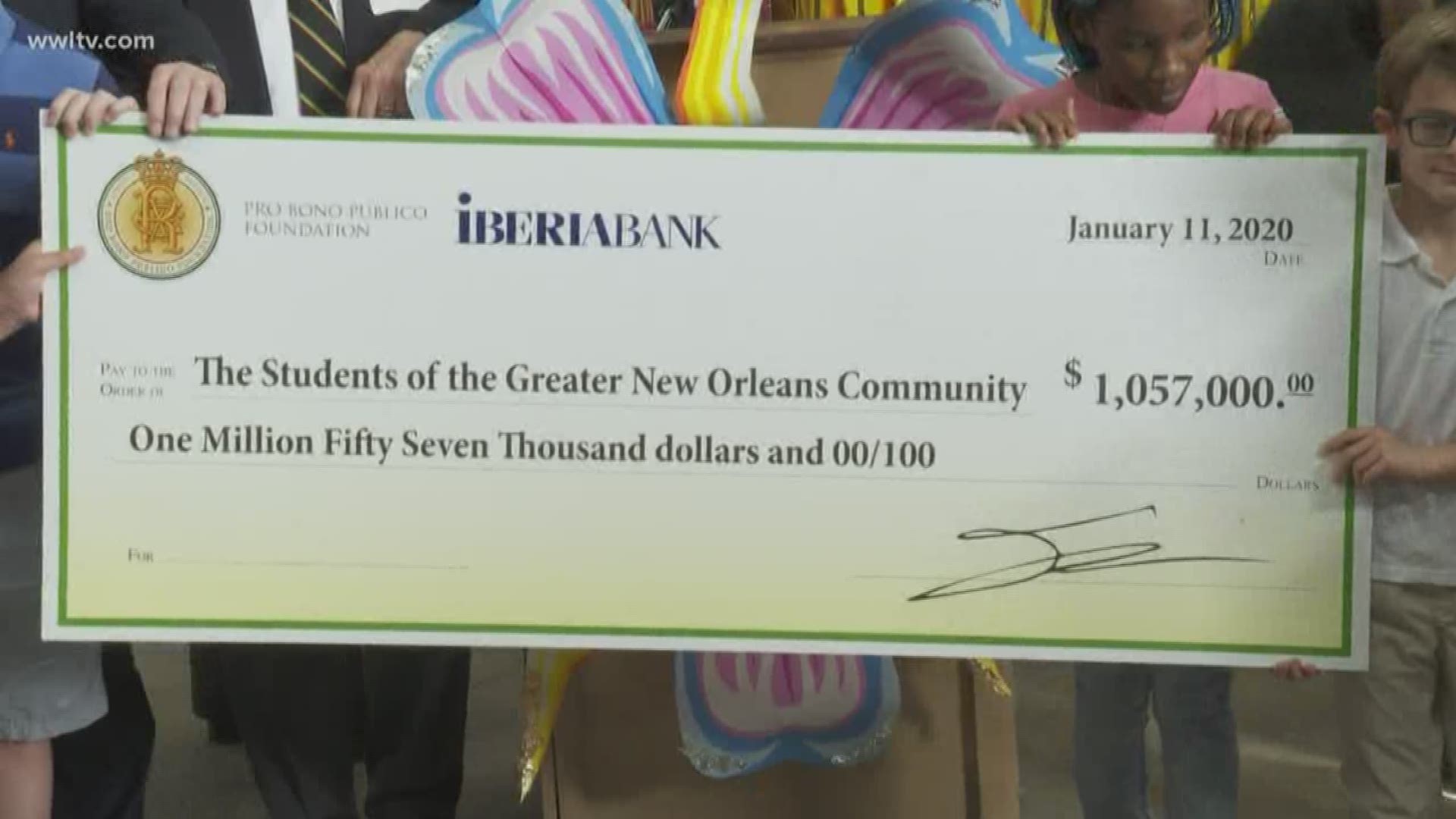 NEW ORLEANS — Holding true to to its motto, which in Latin means "for the public good," the Rex Organization on Saturday awarded $1 million in grants to 71 local schools and education groups through its Pro Bono Publico Foundation.

This is the fifth consecutive year that the foundation, whose members are also Rex krewe members, has awarded at least $1 million in grants to New Orleans schools and educational organizations.

Rex welcomed many of the schools and their students to its float den on Saturday.

In all, grants totaling $1.057 million were presented to 71 recipients. Over 13 grant cycles, since the foundation was established after Hurricane Katrina, the grants have totaled more than $8.3 million. Funds are raised by Rex members as well as from other local and national donors.

According to the foundation, this year's 71 grants benefit schools serving a total of more than 35,000 students and include 10 charter management organizations responsible for 39 schools, 20 individual charter schools and nine other schools, including several serving children with special needs.

“Our donors recognize the importance of this investment in our children and our future. The Foundation’s commitment as a key local funder of school transformation and our recent focus on teacher retention helps attract critical national support,” Foundation chairman Storey Charbonnet said. “We have made tremendous progress, but we recognize that there is much work still to do to assure excellence in all of our schools."