The "no ref" cookies were flying off the shelf Monday morning. 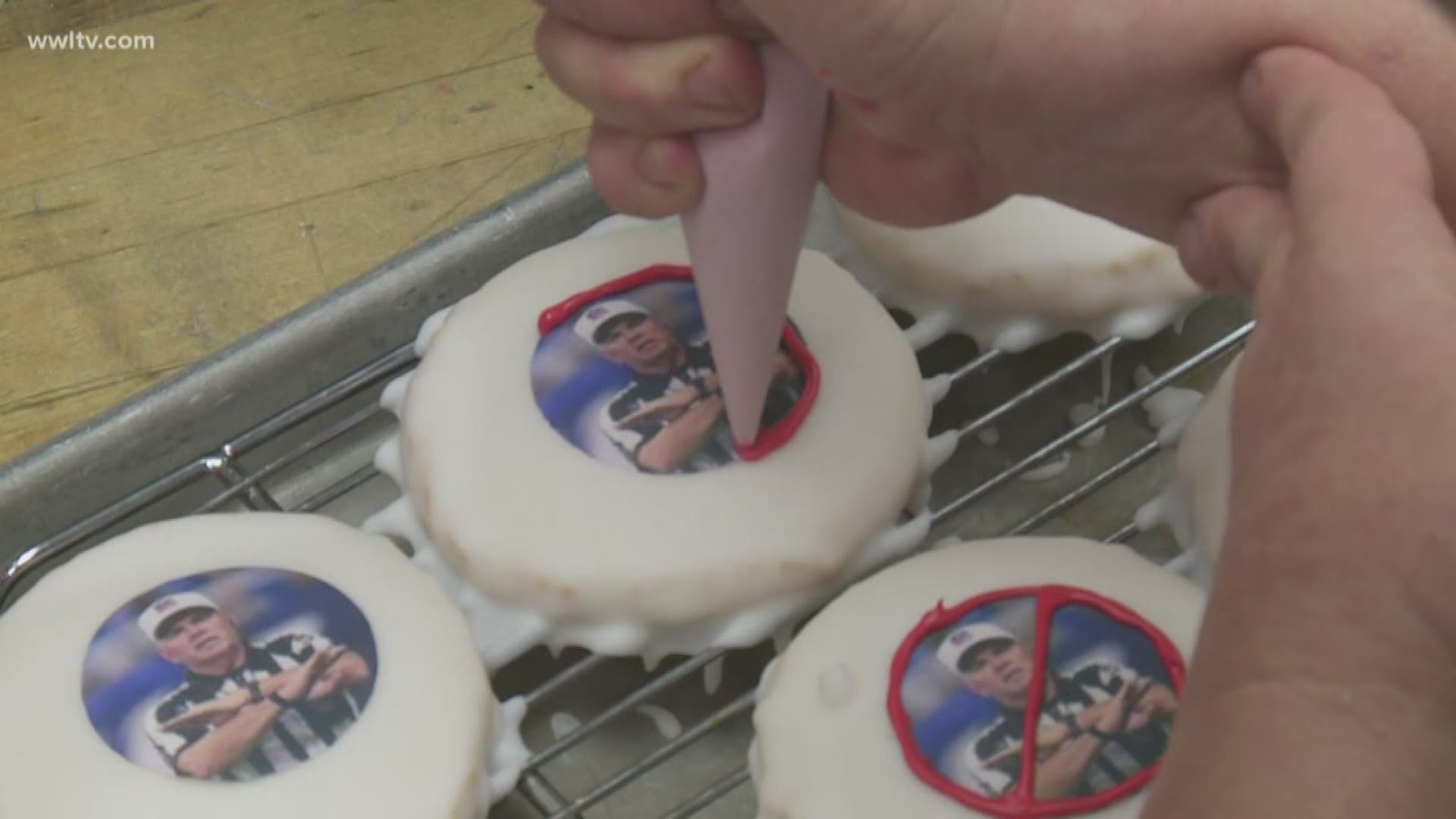 NEW ORLEANS — The day after the big disappointment in the Mercedes-Benz Superdome, Saints fans are finding creative ways to deal with the loss.

For some, shock is now giving way to satire.

Haydel's Bakery in Old Jefferson is baking up a little comfort food to ease the pain of the missed pass interference call that saints fans say cost the team the NFC Championship.

The bakery is now selling "No Ref" cookies to poke fun at Bill Vinovich, the official fans blame for the no-call.

The "no ref" cookies were flying off the shelf Monday morning.

"It's definitely New Orleans," Saints fan Chris Kirsch said. "You've got to find a way other than anger to take care of your anger."

"A little collective healing at the office," saints fan Lauren Haydel said. "So, we're buying some cookies, so we can take a bite of the referees head. That's the only way I think to make us feel better, right now."

Dirty Coast in Uptown New Orleans was quick to put out a two t-shirts. One is an eye chart that says if you can read this then obviously you should be a ref in the NFL.

The other one is a blindfolded cellphone that said "Missed Call, Who Dat."

"Silly, but true," Dirty Coast store manager Price Provenzano said. "We're just trying to dry up the tears a little bit and have a good laugh before we can completely recover form yesterday."

Louisiana Family Eyecare on the Northshore is also poking fun at the refs.

"Before the start of next season to try and save any other fan base any future problems and pain and suffering that we've had to endure since the end of yesterday's game," Anestasio said. "To lose it the way we did it was just gut wrenching."

So far, no NFL refs have taken advantage of the offer.

"As hard as today's been to deal with a loss, it's given us all a little to smile about," Anistasio said.