'Of course, you know, it will be so super, super exciting if (the Saints go) there as well' 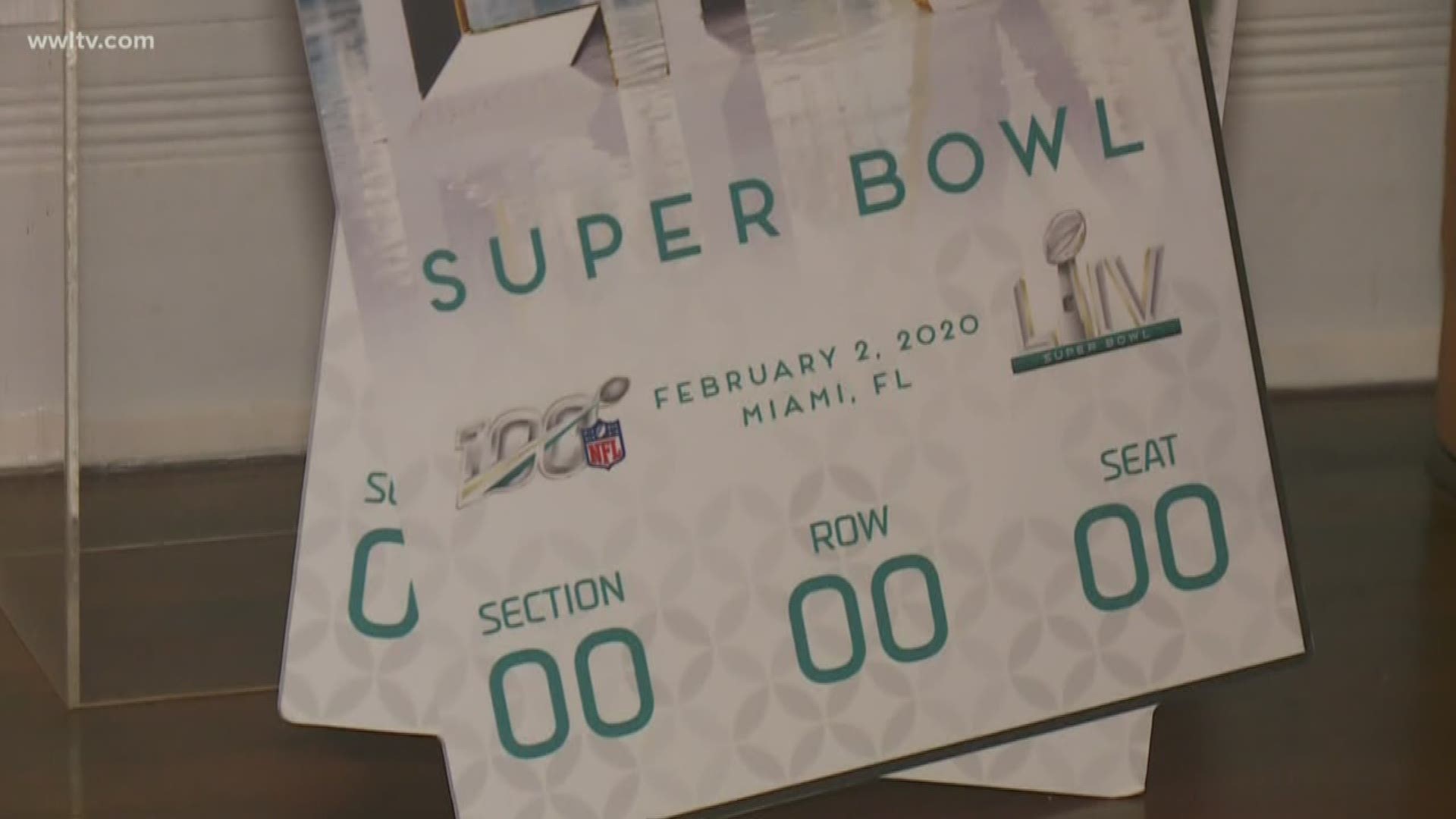 NEW ORLEANS — When an Argentinian couple moved to New Orleans in 1979, they became devoted to the Crescent City in every way.

That included loyalty to the Saints.

Well Friday, the Saints posted a video on social media of a surprise gift for them at the moment of the reveal.

Dr. Juan and Ana Gershanik were too humble to brag about what they do for New Orleans and those in need, so I will.

Neonatologist Dr. Gershanik helped evacuate and save the NICU babies under his care, when Katrina flooded Baptist Hospital. They commissioned the statue in Crescent Park honoring Latinos who helped rebuild the Katrina-torn city.

They host children with disabilities at special safe venues to watch Mardi Gras parades. They fight drug addiction in the community through the Council on Alcohol & Drug Abuse for Greater New Orleans, and they are nonstop supporters of the arts and music.

Friday was their turn to receive. They were called to the Saints facility.

"My first thought, of course, was what did I do wrong?" said Dr. Gershanik.

But when they looked up, offensive tackles Terron Armstead and Ryan Ramczyk came into the room.

"You know, these are the guys that really guard Drew against the other people, so they are big shots," said Dr. Gershanik.

Loyal fans and ticket holders for decades, they never wore 'Aints bags' back in the day.

They were surprised with two tickets to the Super Bowl.

"They say that they wanted to surprise us with some token of their appreciation and gosh look what kind of token they gave me," said Dr. Gershanik.

"And I told the players 'we are so proud of you' because we are. They have come a long way," said Ana Gershanik, Juan's wife.

All of their children and grandchildren were in town for the wild card game. Juan has only missed games after quadruple heart bypass surgery 10 years ago. He knows watching a Saints game can spike anyone's blood pressure.

"I already got my cardiologist to allow me to take an extra pill an hour before the game," he laughed.

And now, with Miami tickets in hand, he had one more request.

"Of course, you know, it will be so super, super exciting if they are going there as well," he said about the team earning a spot on the field February 2.

Oh yes, it would be exciting, for the entire Who Dat Nation.

Dr. Gershanik is now working at LSU Health, advocating for children with disabilities.

His dream is to have a special room in the Superdome where autistic children can watch a Saints game without all the loud noise that would cause them anxiety.

RELATED: Krewe of MadHatters to debut in Metairie 2020 Carnival season