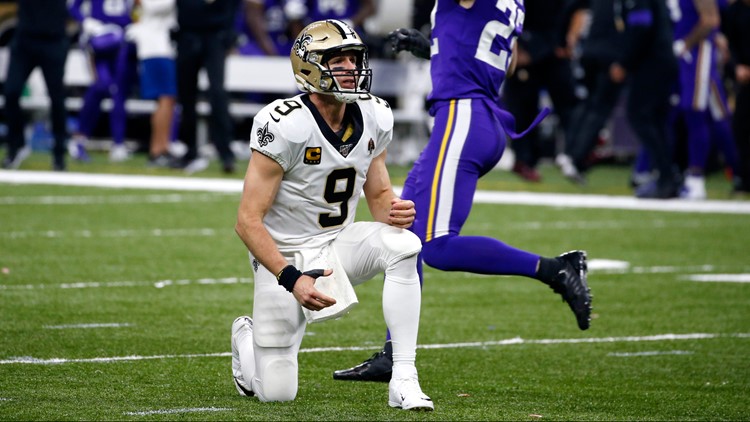 NEW ORLEANS — If you woke up this morning with a heavy heart over the Saints' loss, you're not alone.

Many of us looked to this season for vindication from last year's "no-call. " We also hoped for another post-Miami "Lombardi Gras."

There are many emotions following Sunday's game.

"I am so hurt right now. I spent my rent money coming here," said one young man leaving the game.

We are a city of people hurt, depressed, empty, sad, frustrated and angry after the OT wild card loss. These are all normal emotions to help us process the disappointment says psychiatrist Dr. Jennifer Creedon.

"No other city that I've ever been in or lived in has been as passionate in wins or losses," said Dr. Creedon, a Psychiatrist at LSU Health Sciences Center.

Why? Well, a part is just our culture from our heritage, our joie de vivre. We are more passionate about everything. Another part is that the Saints stayed in NOLA and gave us hope after Hurricane Katrina.

"Drew Brees chose to come here at a time when people were questioning whether the city was going to come back," said Dr. Creedon.

"I just thought we were going to the Super Bowl. I booked my hotel and my plane ticket to Miami," continued that fan as he was leaving the Dome.

And part is that many of us thought beating the Vikings was a throwaway game, on the way to Green Bay. Even the sportscasters picked us by as much as 17. High expectations mean a harder letdown.

"It wasn't our time. It's Mardi Gras time," said a woman after the game.

"Maybe next year. Go Tigers," said another woman who was leaving the game.

And, in New Orleans, we always have something to look forward to. There are Joe Burrow and king cakes.

"Felt nice today because we get to wake up and it's the first day of Carnival season and we can eat king cake legally," said Dr. Creedon.

In other cities, fans vandalize property after a game, in New Orleans, we await the next parade or festival.

And just like Saints QB/Utility player, Taysom Hill, who posted how difficult losing was, but that he still loves the team, the brotherhood, the quality of men who made an unforgettable year, after all, is said and done, so do the Saints fans.

"We support New Orleans Saints! Who Dat baby! Yeah!" yelled a woman who watched the game.

And the doctor says it's hard to appreciate the winning season we had after the painful loss,  but think back to the Rams game when Drew Brees got hurt, and many of us thought the Saints would struggle to have a winning season.

RELATED: Saints players tweet about game, defend one another

RELATED: Everything that was special about Saints season was absent Sunday