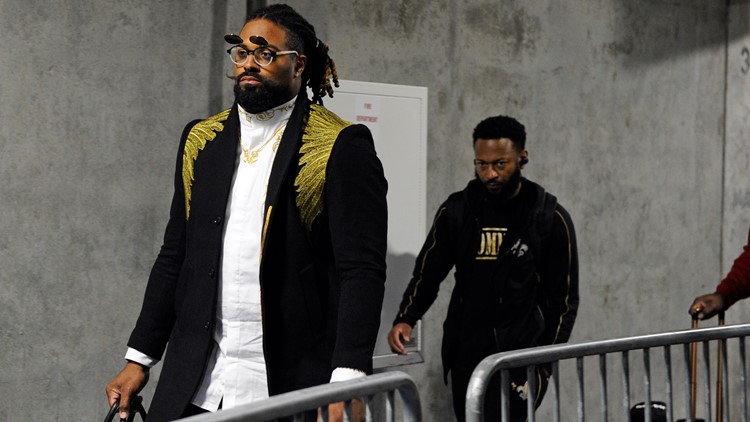 NEW ORLEANS — Michael Thomas, Alvin Kamara and Cameron Jordan were some of the New Orleans Saints players that watched the Minnesota Vikings lose to the San Francisco 49ers Saturday evening.

The players took to Twitter to express how they felt about the Vikings performance during and after the game, and some of the tweets, which are below, have expletives.

Many Twitter users pride themselves on the ability to "subtweet," and that is a tweet obviously directed at someone — without directly mentioning them, of course.

Quite simple and with no words, Jordan's tweet was a selfie, and in it, he gestures to an empty spot next to him on the couch, as he smiles at the camera.

Other Saints players were not so subtle on Twitter. Running back Alvin Kamara noticed wide receiver Michael Thomas reacting to the game and others on twitter.

Thomas's tweet near the end of the game upset many Vikings fans, but it was pretty direct.

Those Vikings fans reminded Thomas that his season was over, but he made a satisfying observation.

Kamara didn't hold back either.

Later, Thomas seemed to shift focus from Minnesota fans to people that were more important to him. Anticipating former Saints running back Mark Ingram on the field as a Baltimore Raven, Thomas seemed like he was waiting to watch an old friend stay in the playoffs.

Meanwhile, Jordan's focus shifted to the future, tweeting at LSU football a photo of him, his son and LSU Coach Ed Orgeron with the not so subtle nudge of "*cough *cough Recruiting class 2033..."

RELATED: Saints players tweet about game, defend one another