Saints | Will fans be able to watch from Mercedes Benz Superdome stands this season?

Bensel added, “We still have time to decide, we have plans for all variations.” 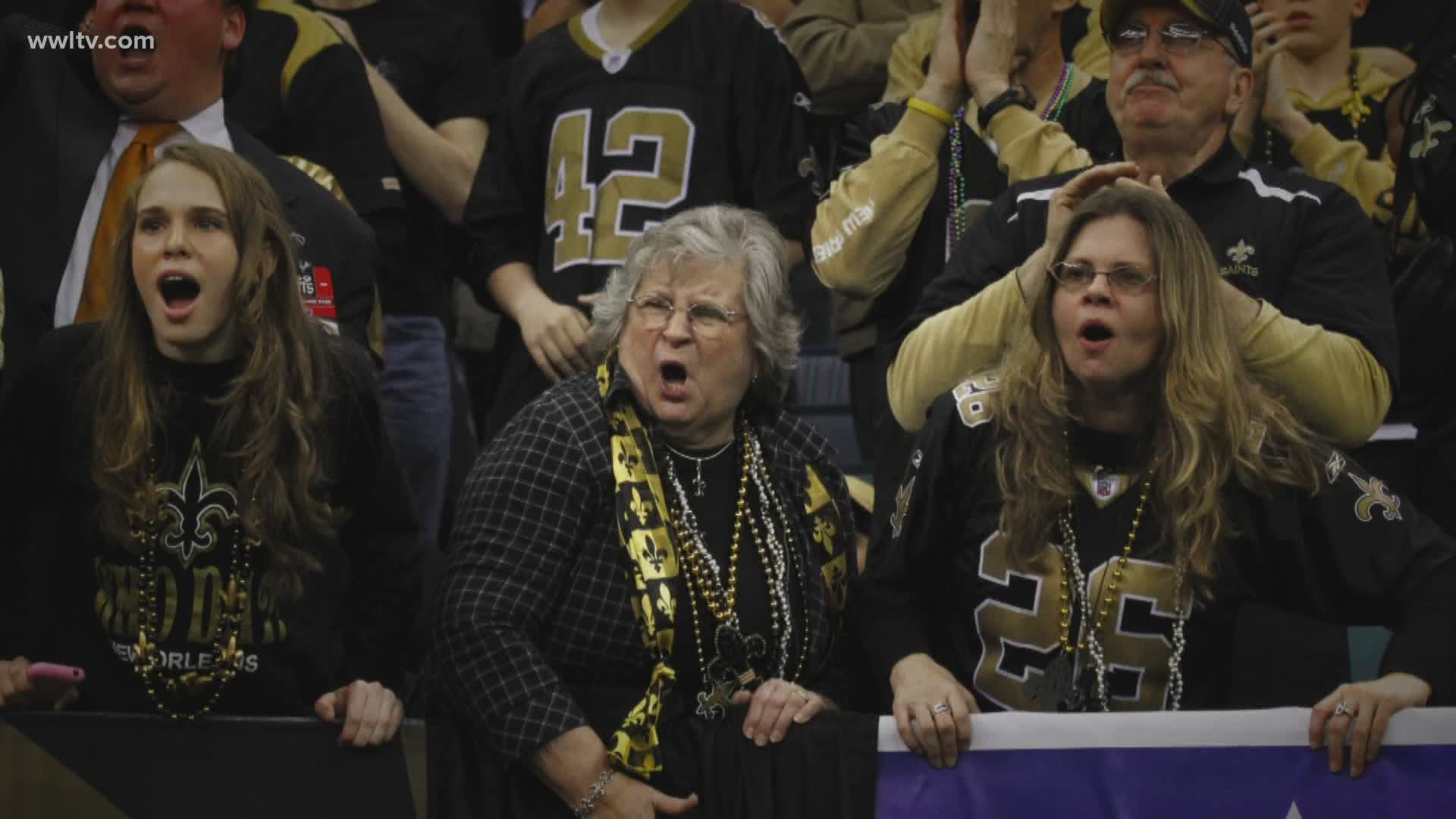 NEW ORLEANS — If you plan to catch an NFL game in person, you will be required to wear a face covering.

The league made that announcement as it finalizes COVID-19 protocols for the upcoming season.

In New Orleans what we don’t know is will fans will even be allowed in the Mercedes Benz Superdome to watch the Saints play.

“I think it will be a late decision, but I think for some teams in some states, they’ve already made that decision that they won’t have people in the stands,” NFL Analyst Mike Detillier said.

The New York Jets and Giants and Philadelphia Eagles have already announced they will play in empty stadiums based on gathering limits in their home states.

Other team teams will have fans, but nowhere close to capacity to maintain safe social distancing.

The Atlanta Falcons announced they'll allow between 10,000-20,000 fans in their stadium this fall.

Detillier says teams in the south stand a better chance of playing before a live crowd than teams in the northeast and west where he says coronavirus mitigation measures appear to be a little stricter.

“If it’s ten percent, fifteen percent, twenty percent remains to be seen, but I do think that all of that will be dictated by what is being said by the governor and state officials, city officials at that time and every city will be different,” Detillier said.

According to the Saints, the NFL will not be issuing any uniform guidelines regarding stadium capacity or a minimum or a maximum number of fans and it will allow each team to make that determination, based on local guidelines and restrictions.

The teams Senior Vice President of Communications Greg Bensel said, “We remain in daily working contact... with local medical experts, our team at Ochsner Health System, the CDC and local and state government officials on the re-activation of the Mercedes-Benz Superdome.”

Bensel added, “We still have time to decide, we have plans for all variations.”

Even a reduced number of fans could have a devastating effect on the 2000 part-time employees who work the games and surrounding businesses.

He admits 14 percent of his revenue comes directly from Saints games and other events at the dome and Smoothie King Center.

“Game days we max out inside,” Jones said. “We don’t have enough seats. Lot of people carry out, sit outside, eat, sit on the tailgates and eat. It’s an all-day event.”

Jones said he looks forward to the day fans can pack the dome again, but he understands the steps that now need to be taken to slow the spread of the virus.

Just this week, the NFL announced it is dropping all preseason games for the 2020 season.

RELATED: AMC pushes US theater reopenings back until mid-to-late August

RELATED: Sheriff: 'Kind of guy who would punch you in the face for no reason', 2 others arrested in triple murder