The manhunt continues for the man who allegedly shot at Kenner police officers after a car chase that stemmed from a routine traffic stop. 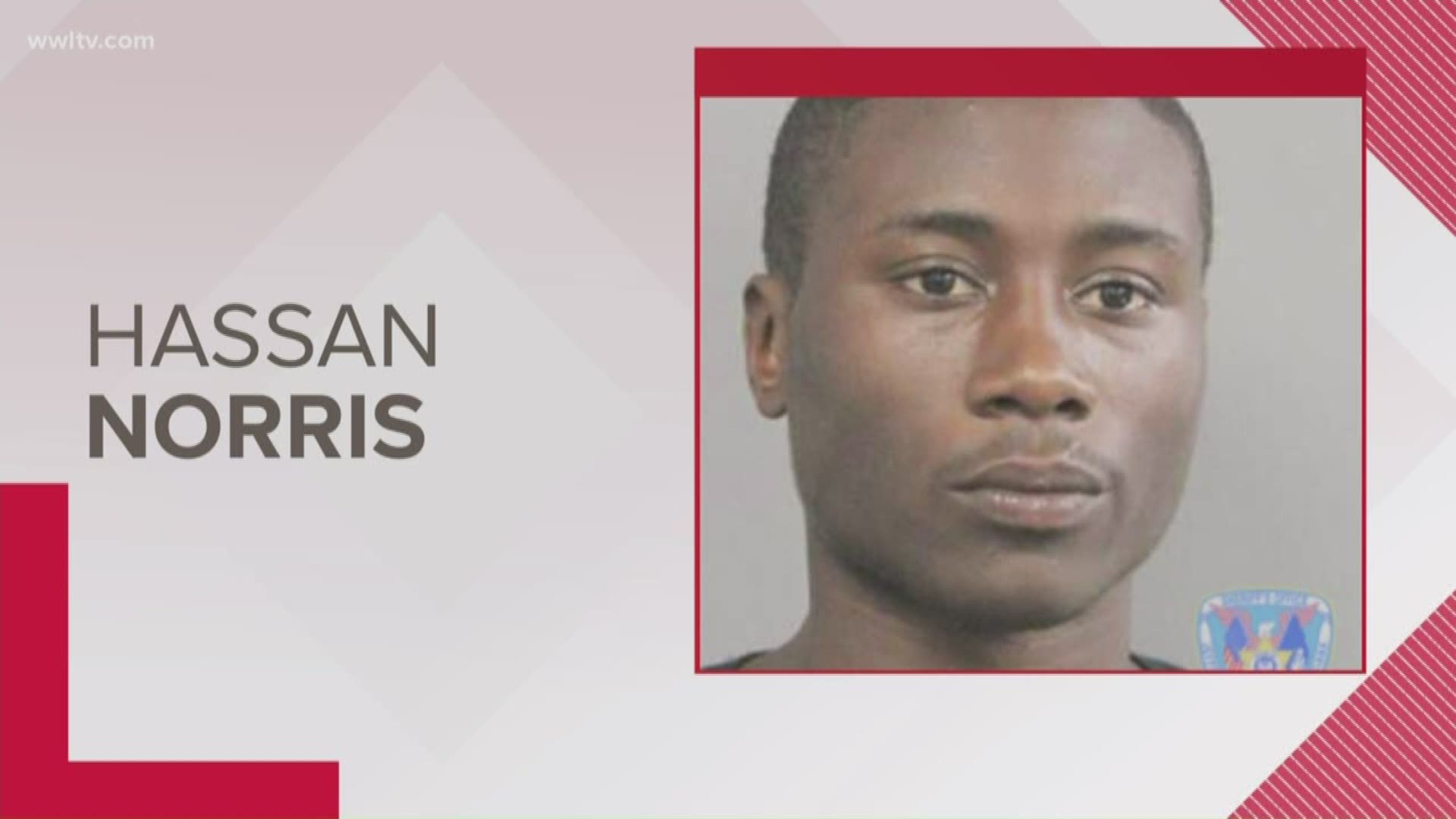 KENNER, La. — Police have identified the man who allegedly shot at a Kenner Police officer and is currently at large after a chase through Kenner into Metairie on Monday.

Jefferson Parish Sheriff's Office officials said that Hassan Norris, 20, is wanted for firing a handgun at an officer during a traffic stop. A warrant was issued for Norris' arrest for attempted first-degree murder.

According to initial reports, police were trying to pull Norris over for a routine traffic stop near West Esplanade and Power Boulevard around 11 a.m. Monday when he allegedly sped off and a chase ensued.

At some point during that pursuit, Norris allegedly pulled over at the Belmont apartment complex in the 6200 block of Riverside Drive in Metairie, got out of his car and opened fire on the officers.

According to a report by NOLA.com, the officers did not shoot back.

"It was a routine speeding violation," said Kenner Police Chief Michael Glaser of what started the incident. "We're asking people to stay in their houses. We're letting them leave, but not letting cars back into the area."

No one was injured in the shooting and Norris fled into a neighborhood near the Kenner/Metairie line, according to police officials.

Kenner Police, State Police and the JPSO set up a perimeter around that neighborhood and the search for the suspect was underway. A police helicopter could also be seen responding to the area.

By 5 p.m., that perimeter had been broken down but officials said the search was continuing. Officials described Norris as a black man with a thin build who was wearing a red shirt, blue jeans and a black hat when the incident occurred.

Bissonet Plaza school was placed on temporary lockdown during the search, but only teachers and staff were on site as classes don't begin until Thursday.

This is a developing story. Stick with WWLTV.com and Eyewitness News on Channel 4 for the latest information.