The focus now turns to the National Transportation Safety Board, which will investigate the cause of the fatal sinking. 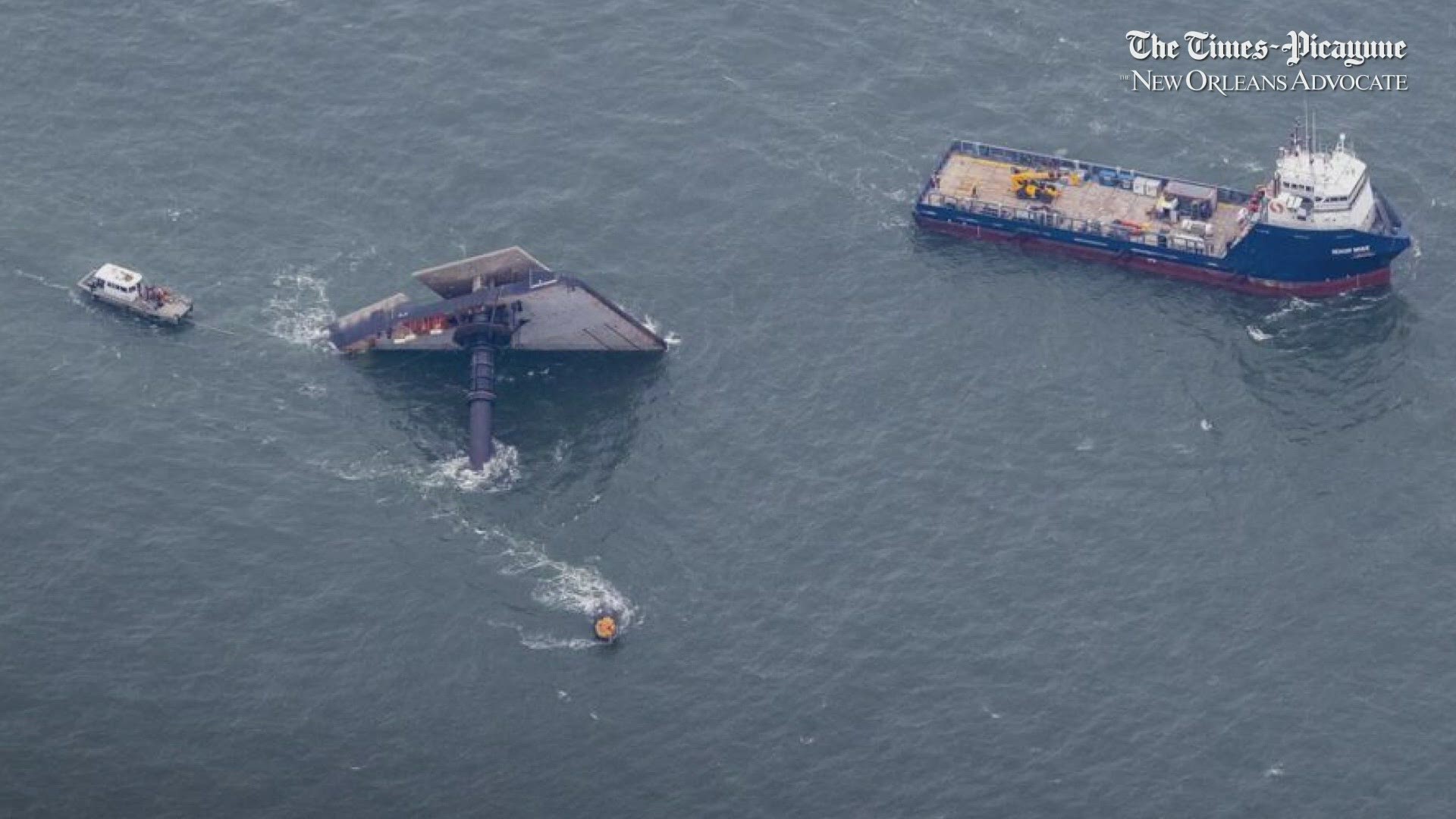 NEW ORLEANS — The U.S. Coast Guard will suspend search and rescue operations at the end of the day Monday for 8 missing crewmembers from the SEACOR Power, a liftboat that capsized last week in the Gulf of Mexico.

"We've had to make the difficult decision to suspend search and rescue efforts at sunset today," said Capt. Will Watson, a spokesman for the Coast Guard.

The focus now turns to the National Transportation Safety Board, which will investigate the cause of the fatal sinking. That investigation is expected to take anywhere from 12 to 24 months to complete.

Six of the crew members on board the Power were found alive, and five have been found dead in the week since the tragedy. Divers continue searching the wreckage of the Power for signs of the missing eight crewmembers.

SEACOR Marine CEO John Gellert said at a Monday press conference that 17 divers were continuing to search inside the Power for the missing men, and would search floor by floor for them in the coming days.

That recovery effort would depend entirely on weather conditions, he said.

"The weather and the conditions not only on the surface, but below the surface; the currents are currently very strong and that will determine diving windows. When we are able to dive, we will dive continuously."

Gellert said the company was working closely with the NTSB as it began its investigation into the capsized ship, and that records and communications would be turned over to the government agency as part of that investigation.

Liftboat was doing duty to deliver equipment to temporary platform

The Power was a month into a multi-month contract to deliver equipment and to set up as a temporary platform at a Talos oil rig about 100 miles from the Louisiana coast.

It is a type of vessel known as a liftboat, which is essentially a mobile platform used in various offshore activities such as drilling for oil or deep-water construction. They are a mix between a self-propelling ship and a static oil drilling platform, with retractable legs. On the Power, there were three 49 ft. legs and a pair of cranes attached to two of them.

While in transit, the legs are locked above the deck of the ship -- like three masts on the outer edges of the hull. But the massive legs also leave the ship at its most vulnerable to severe weather conditions because they make the vessel top-heavy. 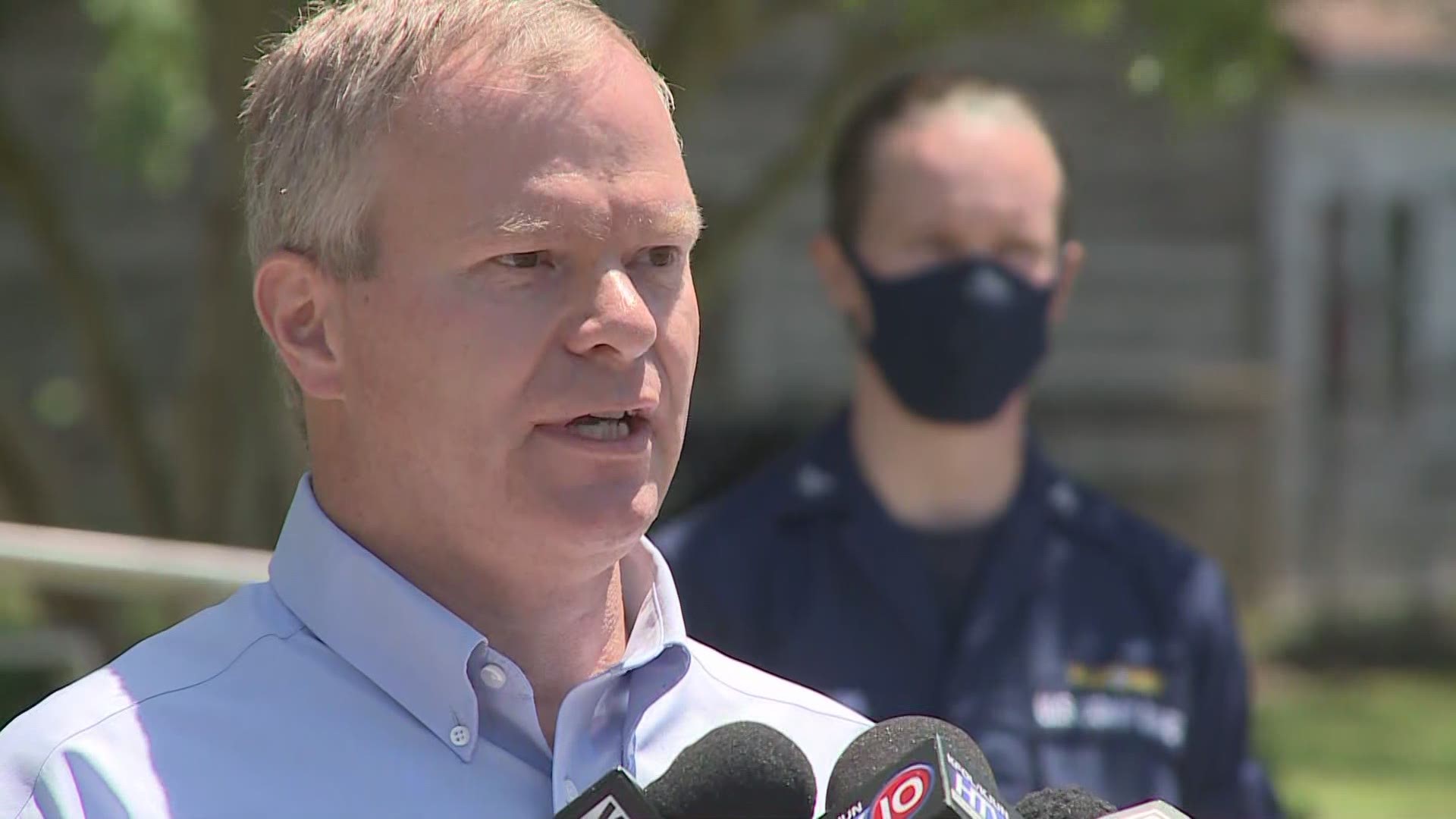 CEO: Captain of boat "One of our best"

"There were warnings but they were not warnings to the magnitude that we encountered," Gellert said. "The weather they were forecasted to encounter was well within the limits of the vessel. The weather that they ultimately encountered was well beyond the forecast, as far as we know at this time."

But Gellert denied allegations by Talos Energy -- the company contracting SEACOR and the Power -- that it was the company's decision to set sail on the ill-fated voyage.

"The go/no go decision is entirely the captain's," Gellert said. "The captain can rely on us, everyone ashore or weather reports for advice, but ultimately it's his decision."

David Ledet, the late captain of the Power, had more than 50 years as a captain under his belt, most of that on liftboats similar to the Power.

Gellert described him as prudent and conservative, calling the veteran sailor "one of our best."

"We are very confident that he would not have gone out if he'd had any doubt whatsoever," Gellert said.

Ledet was the first deceased crew member to be identified. According to Gellert, one of his last acts before the ship capsized was to attempt to lower the three massive legs attached to the Power in an attempt to stabilize it.

According to the families of the missing, the Coast Guard told them about the recovery at around 7:45 p.m.

Our partners at the Times-Picayune | New Orleans Advocate report that the body was identified Monday morning as 36-year-old Lawrence Warren of Terrytown. He was reportedly recovered from the second level of the capsized liftboat.

There are now eight crew members that are missing. Six crew members were previously rescued but their conditions are not known.

The Lafourche Parish Coroner's Office confirmed that the body of 69-year-old Ernest Williams from Arnaudville, Louisiana had been recovered Thursday at around 7:10 p.m.

Divers searching for survivors made preliminary contact with the capsized liftboat south of Port Fourchon Wednesday despite harsh weather conditions, but received no response from inside.

Carlos Galarza, a spokesman for the U.S. Coast Guard, said divers were able to get near the overturned ship and knock on the hull for the first time but did not hear any response.

Diver resumed their search Friday morning but had to resurface due to dangerous weather conditions. The dive team was back in the water as of 1:30 p.m. Friday.

Family members and search crews are still holding out hope that at least some of the missing crew members are alive in an air pocket inside the wreck.

At least two crew members of the capsized ship off Louisiana's coast may still be inside, according to the Lt. John Edwards with the US Coast Guard.

Officials tell WWL-TV that thermal imaging shot on Tuesday, the night the Seacor Power capsized, showed five people on the hull of the ship.

A helicopter dropped life jackets and radios for them, according to Edwards.

After that, two of the crew members jumped off and were rescued by Coast Guard boats. One crew member fell into the water.

Two more crew members told the US Coast Guard that they were going back inside the ship, Lt. Edwards said. They were last heard from at 9:53 p.m. Tuesday night.