Washington said he asked a white couple who had just paid for their bill if it included an automatic gratuity. “Their response — 'absolutely not.’” 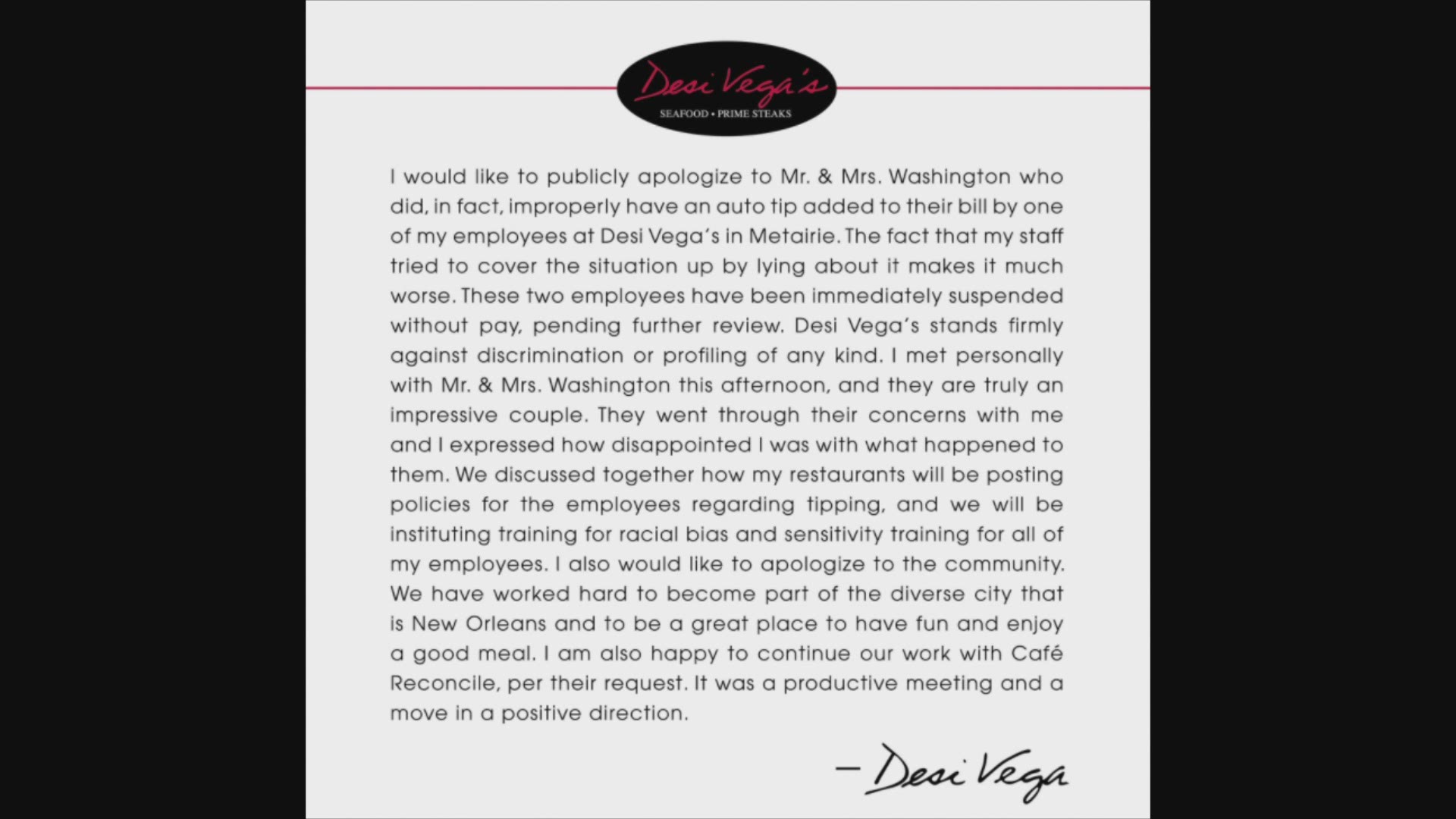 METAIRIE, La. — Two employees at Desi Vega’s Seafood and Prime Steaks in Metairie have been suspended without pay following accusations that they racially profiled a Black couple.

In a post published on the restaurant’s Facebook page, restaurant co-owner Desi Vega said the employees improperly added an automatic tip to a black couple’s bill and then lied about it in an attempt to cover up their actions.

“These two employees have been immediately suspended without pay, pending further review,” the post says. “Desi Vega’s stands firmly against discrimination and profiling of any kind.”

Vega adds that he apologized to the couple, identified as Mr. and Mrs. Washington, and discussed new policies regarding tipping and racial bias training for all employees.

Desi Vega responds after a black couple says they were racially profiled while dining at the Metairie restaurant pic.twitter.com/rRqDnGFvDg

In another Facebook post, a user named James Washington described that he dined at the restaurant with his wife on Saturday. When they were finished, the check arrived and included a 20% gratuity automatically added.

Washington wrote that he was suspicious of an automatic gratuity for a table of two, so he called the restaurant while still inside and asked about the company’s gratuity policy.

“We asked for the gratuity policy. She didn’t know of one, so she placed the manager on the phone. The manager asks if we’re at the restaurant,” Washington wrote. “We confirmed that we were. He said, ‘Absolutely. We add 20% to every single bill.’”

Washington said he asked a white couple who had just paid for their bill if it included an automatic gratuity.

Washington said in the post that the whole experience is just one example of how “some people look at African Americans and assume whatever they want to assume.

The complaint posted on Facebook by the couple that prompted the response by Desi Vega. pic.twitter.com/pbsttlNZr5