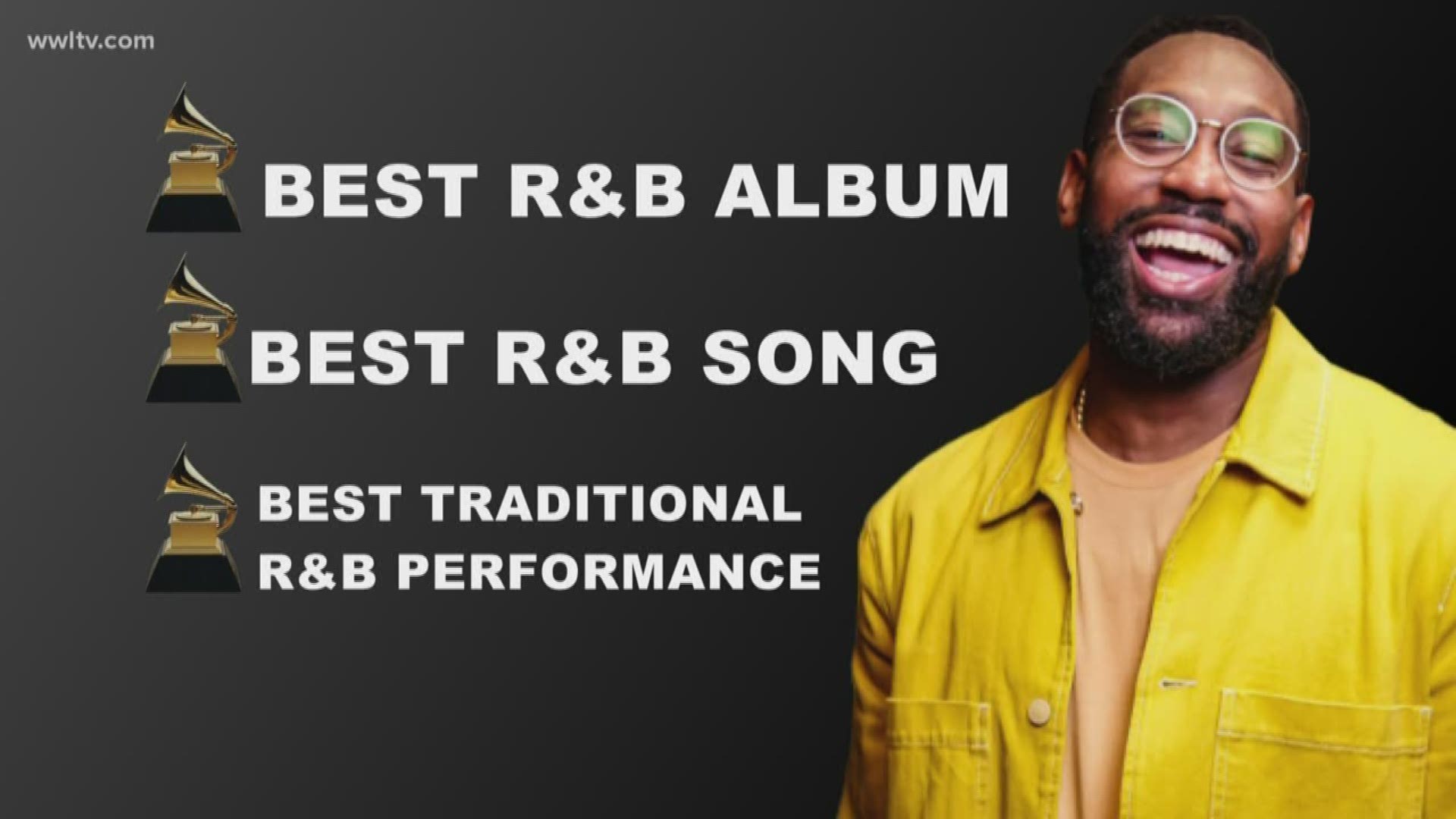 Previous Grammy winner and multiple Grammy nominee P.J. Morton, a New Orleans native, is nominated for Best Gospel Album for his album, "Gospel According to P.J.: From the Songbook of P.J. Morton."

Two New Orleanians, both graduates of the New Orleans Center for Creative Arts, are competing in the category of Best Contemporary Instrumental Album.

Batiste scored a second nomination, in the New Age Album category, for his work on "Meditations" with Cory Wong.

Christian Scott Atunde Adjuah is also nominated for a second Grammy, in the category of Best Improvised Jazz Solo, for his solo performance "Guinevere," a track from his album "Axiom."

Singer/songwriter/actor Luke James, a New Orleans native, is nominated for Best R&B Album for his second album, "To Feel Loved."

New Orleans native Ledisi is nominated for Best Traditional R&B Performance, for "Anything for You." This is her 13th Grammy nomination.

Songs and albums released between Sept. 1, 2019 and Aug. 31, 2020 were eligible for nominations this year. Winners will be announced at the live show on Jan. 31 on CBS and WWL-TV Channel 4.