Police said one victim was 57-years old. So far, it’s about the only concrete detail known of the victims who were pulled from these ashes. 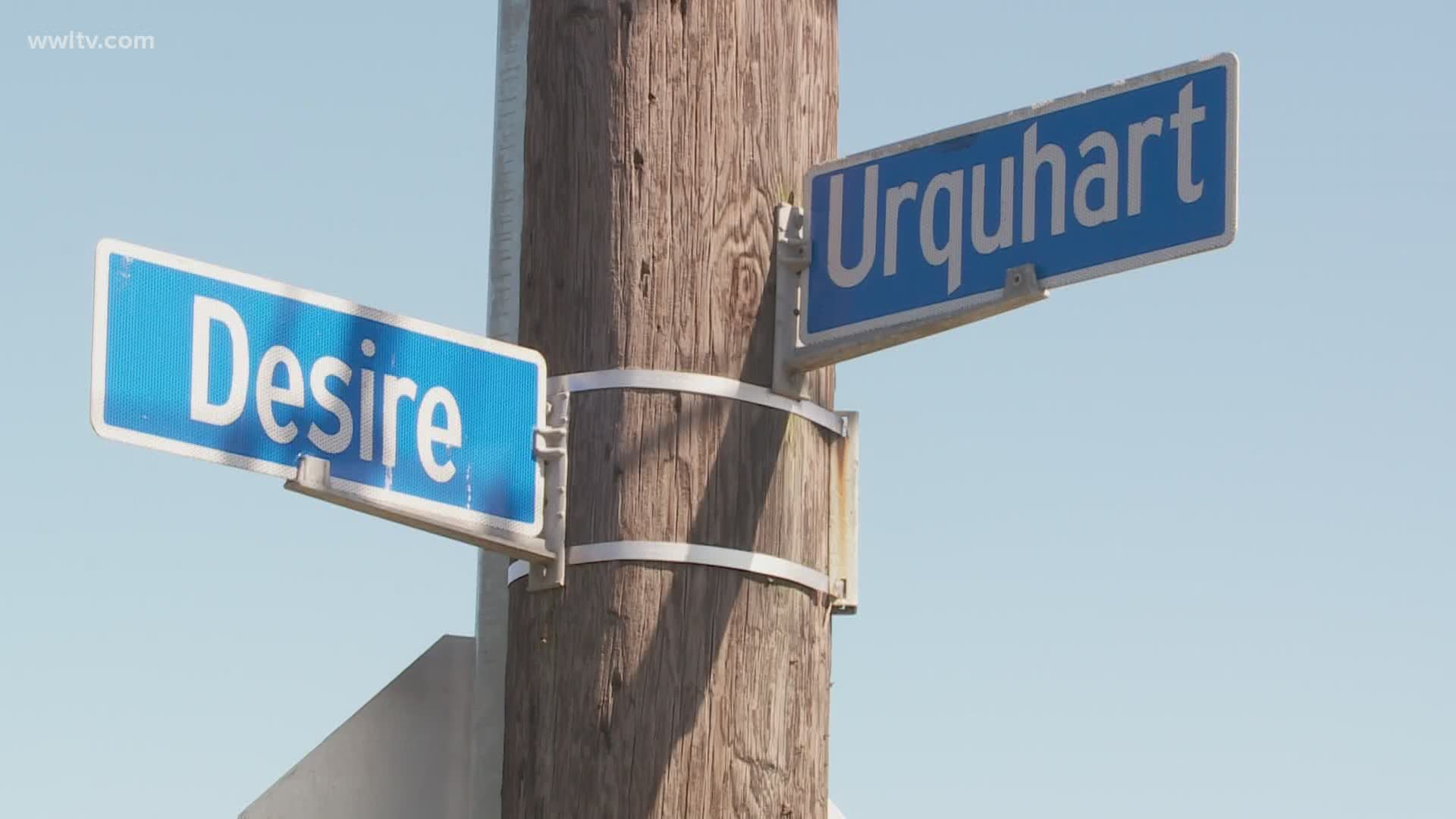 NEW ORLEANS — The unique shape of the house at the corner of Desire and Urquhart streets is intact, but anything left inside is gone. The loss of property though seems secondary.

“To wake up this morning and hear that it was a homicide and two men were dead, it’s just shocking,” said Lee Kyle, who lives in the St. Claude neighborhood.

Thursday night’s fire broke out shortly after 8:30 and grew to two alarms. Within 20 minutes New Orleans firefighters got the fire under control but then found the bodies of two men.

One was in the back of the home. The other was in a bedroom in the middle of the house. New Orleans Police Department spokesperson said at least one man had been shot. The NOPD began a homicide investigation.

Dionne Rinehart lives across the street and said the two men were friendly and generous.

“I can’t say nothing bad about them. They were real nice because they used to do favors for me, go to the store and stuff for me,” said Rhinehart.

The particular part of the St. Claude neighborhood where the fire took place has been steadily gentrifying. Lee Kyle has lived here for almost a decade. He said the fire and the homicide were unsettling.

“Our street is incredibly quiet. I mean there’s a church right there. There’s a graveyard right there. I don’t know why this would happen,” said Kyle.

In a strange development, WWLTV actually interviewed a man back in May who said he lived at this particular house. WWLTV reporters had visited the house for a different story then.

Without proper identification by the authorities, no one can say for certain that man was one of the victims.

“I feel really horrible for the two guys that were living here,” said Mimi Spiehler.

Spiehler is a co-owner of the house, which was built about a year and a half ago. She said her latest tenants were fairly new.

“Your heart kind of goes out to them because that’s a horrible way to pass away,” said Spiehler.

The New Orleans Fire Department is investigating the cause of the fire. Police said one victim was 57-years old. So far, it’s about the only concrete detail known of the victims who were pulled from these ashes.