All homecoming events planned for Sunday and all Monday classes have been canceled. 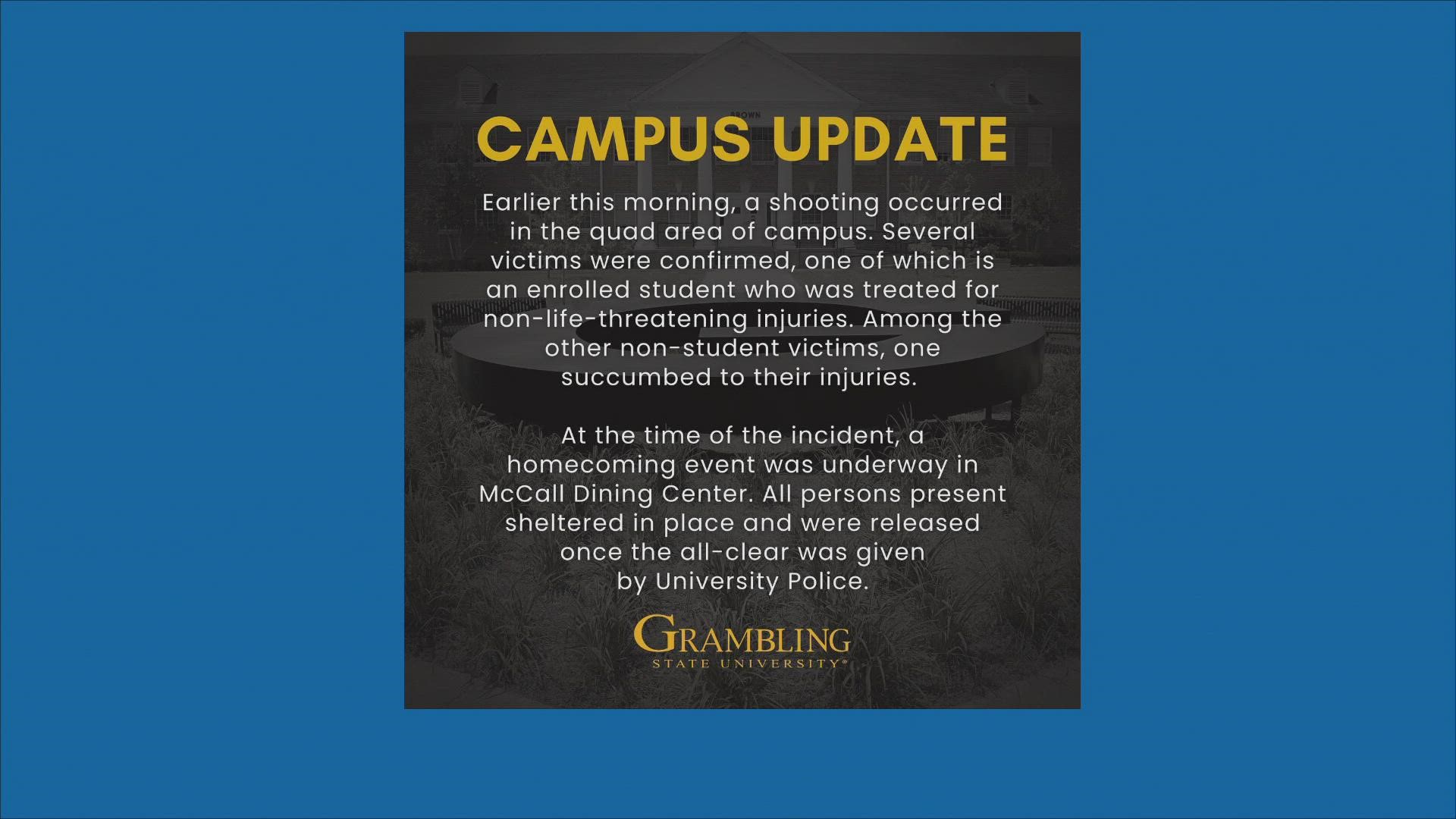 GRAMBLING, La. — A person was killed and several others were wounded on campus at Grambling State University during a homecoming event early Sunday morning, social media posts from the university said.

Everyone at the homecoming event on campus was sheltered in place until the area was safe.

A campus update from the university said one of the victims wounded was an enrolled student.

All homecoming events planned for Sunday and all Monday classes have been canceled.

Counseling services have been made available to all GSU employees and students.

There have been no updates from LSP on the early Sunday morning shooting at GSU, as of 10 a.m.

Warning: The videos below contain language not suitable for everyone.

MASS SHOOTING ON GSU CAMPUS: A mass shooting occurred on the campus of Grambling State University early Sunday morning. A shooter armed with a reported automatic weapon, opened fire randomly into a crowd wounding several people including several deaths. Students on social media reported hearing as many as 40 shots fired. Some victims were shot in the back, torso and stomach. The shooting happened on the GSU campus. Emergency workers worked frantically to treat the wounded while students and guests watched the aftermath in shock. No official report of the shooting has been filed by police. https://www.facebook.com/jay.mitchell.31/videos/548332989597112/

“Our campus community has worked tirelessly to keep our students and others safe for the homecoming activities,” Grambling State President Rick Gallot said in a statement. “Yet, with all of our planning and coordination with our local, parish, regional, and state law enforcement partners, we still find ourselves grieving the loss of life and injuries just as too many communities in our country have experienced as well. Why would someone come to the campus of our Dear Ole Grambling and shoot innocent people?”

LSP led the investigation into another GSU shooting that happened on Thursday.