The krewe known for its biting satire will produce a bulletin with a 2021 "parade" theme inspired by the pandemic and politics. It will be distributed Friday. 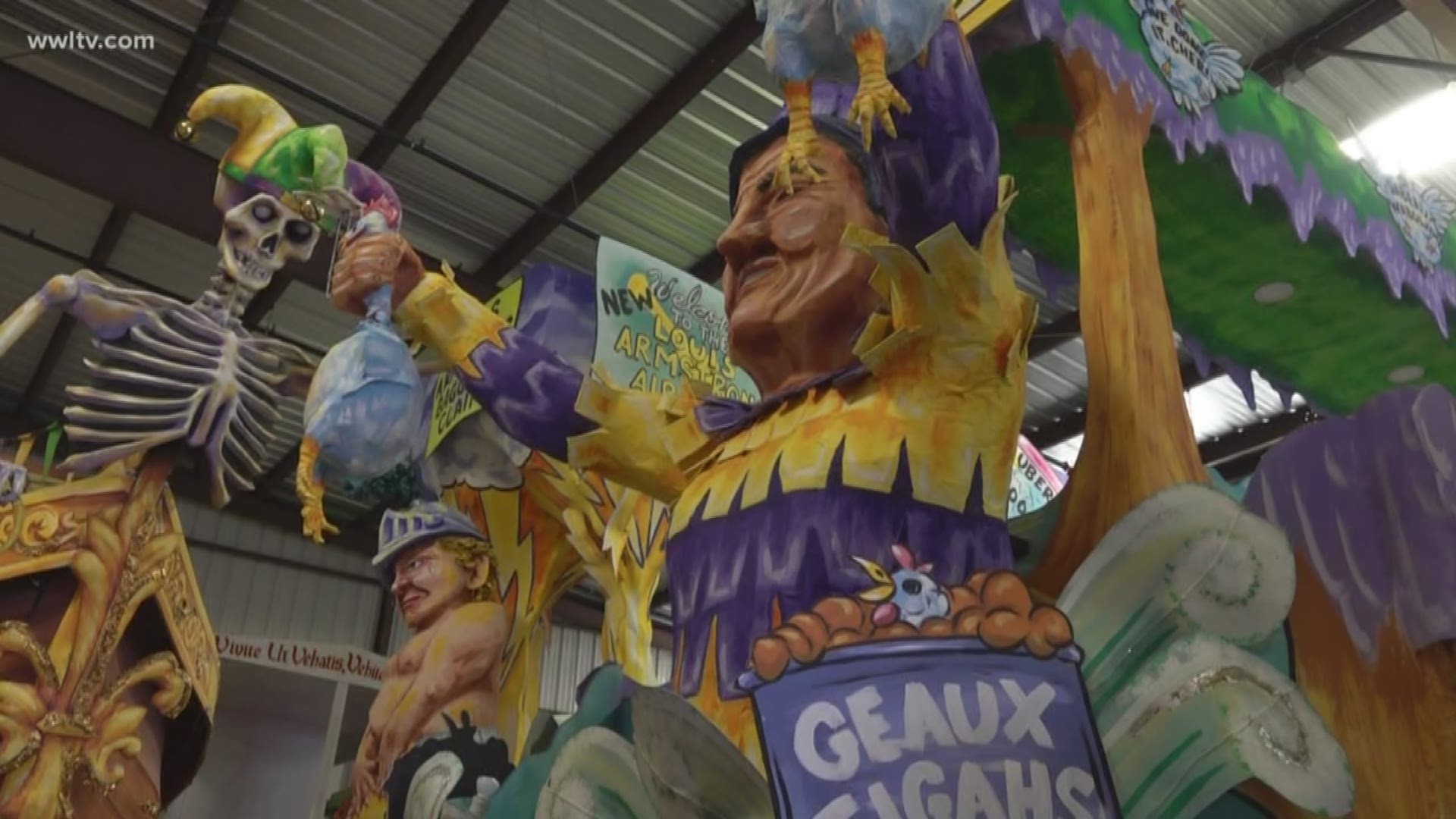 NEW ORLEANS — The pandemic will keep their floats of the streets this Friday, but that won’t stop the members of Le Krewe d’Etat from showing off their satirical streak in a parade.

Don’t worry, it’s safe and socially distanced. This year, the parade is on paper.

The krewe, which is celebrating its 25th anniversary of its founding, has produced a paper bulletin for what you could call the 2021 parade that wasn’t.

The bulletin, featuring images and written descriptions of more than a dozen new and very timely d’Etat floats, will be printed and distributed in Friday morning’s Times-Picayune/New Orleans Advocate.

The krewe is also having another 20,000 copies printed and will distribute them at office buildings, restaurants and businesses along its parade route Friday, a spokesman said.

The bulletin is the work of the krewe's theme committee and Royal Artists, the company which designs and builds d’Etat’s floats, as well as that of Rex, the Knights of Chaos and several Mobile parading krewes.

Following d’Etat tradition, this year’s theme will not be unveiled until parade day but as you’d expect the pandemic and politics provide inspiration for the floats. From Trump and Pence to Biden, Harris and Fauci, Big Freedia, Mayor Cantrell and even Morgus and Chopsley – all are targets of d'Etat's satire depicted in this year’s parade.

Satire is a hallmark of any d’Etat procession and – fortunately for its fans – this year is no different for the krewe, which was founded in 1996 and first rolled in 1998.

“We just think it makes it more fun. It makes Mardi Gras fun,” said the captain at the time. “Satire is a really unique part of Mardi Gras that goes back a long way. And there's not a lot of krewes that do it, you know, and we just we think it makes the parade a little bit more fun for the spectators and the public that goes to see the parade. They can enjoy reading the floats and seeing the floats and having a good laugh while they're out at the parade."

As a special treat this Carnival, the krewe is also rebroadcasting an hour-long broadcast of its 2020 parade on Saturday at 10:35 p.m. on WWL-TV Channel 4. It will be rebroadcast on Sunday at 9 p.m. on WUPL-TV Channel 54. It features commentary by Carnival historian Errol Laborde and anchors Karen Boudrie and Dawn Ostrom.

The theme of the 2020 parade was “The Dic Goes to Mardi Gras.” Instead of a king, the krewe is led by a Dictator, called the “Dic” for short. The parade employed Mardi Gras terms and icons to poke fun at the news and newsmakers.

During this Carnival season, when house floats have taken the place of real ones on wheels, you can also get a dose of d'Etat by viewing the house float decorated by one of its members, at St. Charles Ave. & 4th Street. Drawing on imagery the krewe has used since its beginning, the house features a giant skeleton rising from flames and Le Krewe d'Etat's motto: "Vivite ut Vehatis. Vehite ut Vevatis," which mostly means, “Live to Ride. Ride to Live.”

They won't ride this year, but krewe members are showing they are definitely still alive and in the Carnival spirit.