NOPD Superintendent Shaun Ferguson said police officers worked together across several districts to make the arrests, earning commendation from him. 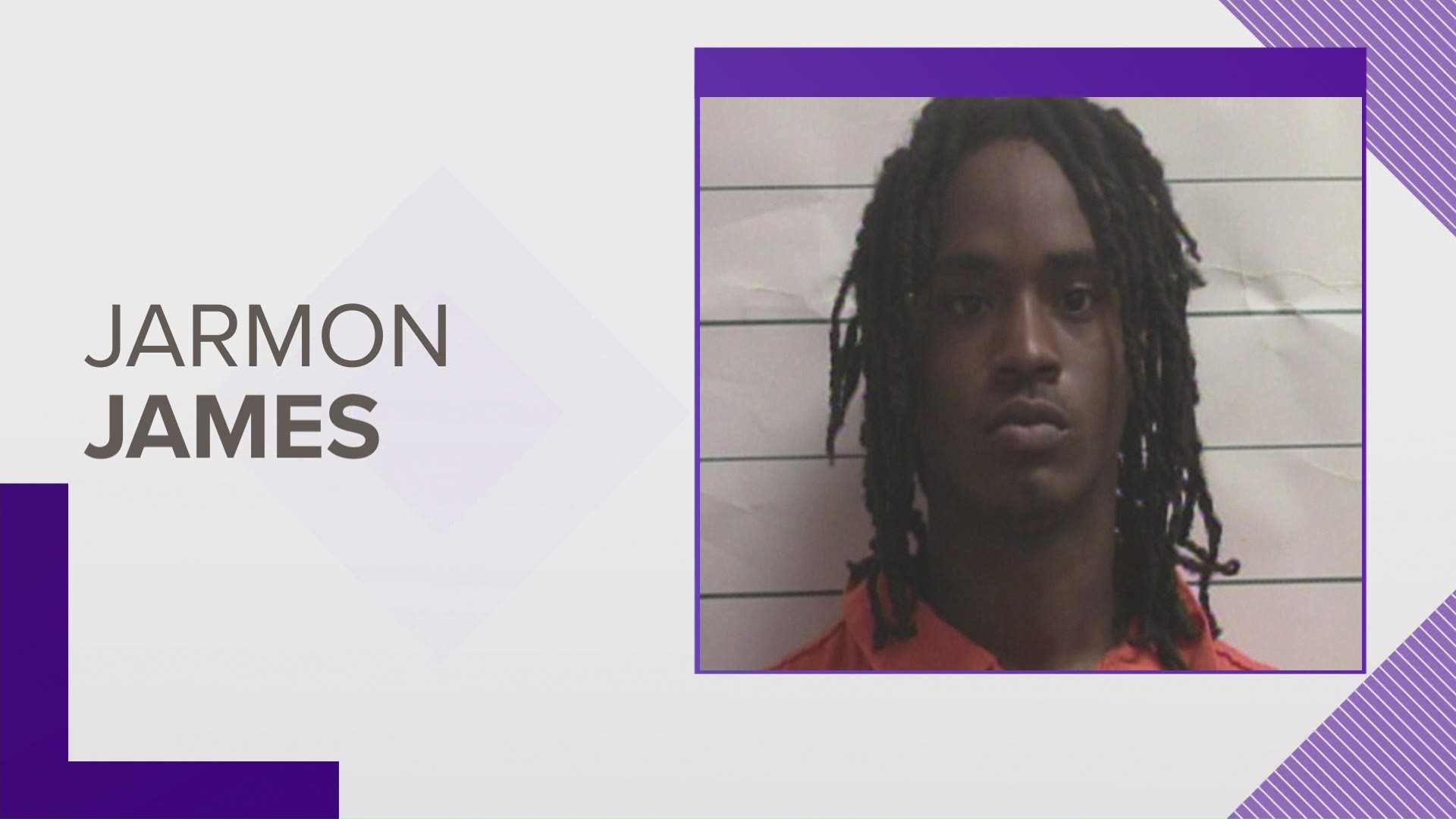 Jarmon James, who became 18-years-old on Feb. 4, was the lone adult arrested among the teenagers, a police statement said. Three suspects were 16, one was 15, another was 13. All suspects were male.

They were all arrested after the police chase that ended less than a quarter of a mile away — about three blocks — from where it began, near Gentilly Boulevard and Elysian Fields Avenue.

NOPD Superintendent Shaun Ferguson said police officers worked together across several districts to make the arrests, earning commendation from him.

"One of these individuals is facing multiple felony charges, including five illegal gun arrests, related to incidents that have occurred in just the past month," the police chief said. "We will continue to arrest these repeat offenders and work with our criminal justice partners to hold them accountable for their actions."

Credit: WWL-TV
In addition to this arrest, Jarmon James, 18, has also been arrested on multiple occasions in recent weeks for incidents.

The five unidentified teens were also charged with having a weapon while underage. James will face five counts of contributing to the delinquency of juveniles.

Police said the juveniles were arrested for four simple robberies and an additional auto theft — all on Thursday.

James was no stranger to NOPD arrests in recent weeks, the statement said.

He was arrested on April 6, when he was charged with illegally carrying a gun, on March 12 for auto theft and for having drugs, and on Feb. 12 for having stolen goods.

Around 6:15 p.m. Thursday, police officers in the St. Roch area saw a luxury sedan that matched the description of one that was reported stolen hours earlier.

Officers got approval to pursue the stolen vehicle, beginning the chase near Paris Avenue and Gentilly Boulevard.

The stolen vehicle was a black 2020 BMW X4, and it's also matched the description of a car that was involved in several car burglaries, simple robberies, and an attempted carjacking — across four of NOPD's eight districts.

The six suspects were also seen abandoning an additional stolen car on Wednesday. Police said, the suspects left a Nissan Maxima near Gentilly Boulevard and Elysian Fields Avenue after they used the car in "a series of criminal incidents in multiple NOPD districts."

When police caught up to the vehicle, the suspects abandoned the car, near Elysian Fields Avenue and Milton Street, taking the chase from the Gentilly Terrace Neighborhood area to the Dillard Neighborhood area.

Police officers saw the suspects run behind nearby businesses, in the 3800 block of Frenchman Street, a block ahead of the officers.

Following the suspects on foot, police arrested all six teenagers there, the NOPD statement said. The teenagers had drugs & keys to four stolen vehicles, including the BMW and the Nissan, police said.