Slidell police officer remembered as a selfless hero for the community 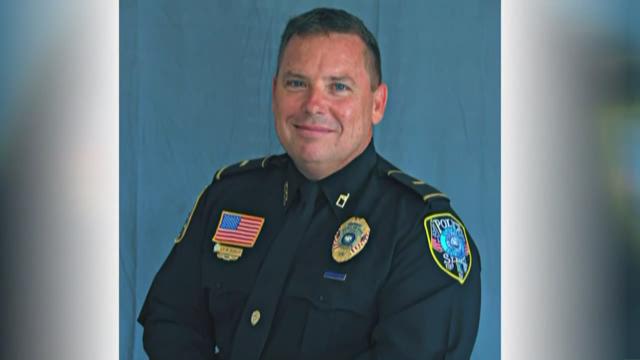 A veteran of the Slidell Police Department for more than 20 years has died after a motorcycle wreck Wednesday night.

"Lieutenant Ray Dupuy was a dedicated public servant who served and protected the citizens of Slidell for over two decades," stated Slidell Police Chief Randy Fandal in an announcement Thursday. "Please keep Lieutenant Dupuy's family and friends in your thoughts and prayers. This is going to be a very difficult time for our Slidell Police family."

Louisiana State Police gave details about the wreck shortly before noon Thursday, saying the crash happened around 10:30 p.m. the night before on Brownswitch Road, west of Robert Boulevard.

Troopers said 29-year-old Gina Groglio of Pearl River tried to turn left on Brownswitch Road into a private drive when the crash happened. The front of Dupuy's motorcycle crashed into the passenger side rear corner of Groglio's Honda Civic, state police said.

Officials said despite wearing a DOTD-approved helmet, Dupuy suffered severe injuries. He was brought to Ochsner Medical Center on the North Shore before being airlifted to University Medical Center, where he died a short time later.

State Police said Groglio provided them with a voluntary breath sample which showed no alcohol present in her system. She was cited for improper turning, however, LSP said the parish district attorney will be consulted for any additional charges pending the completion of the investigation.

Relatives and friends of the family are invited to attend the funeral services at the Slidell Municipal Auditorium, 2056 2nd Street, Slidell, LA. on Tuesday, Sept. 26, 2017 at 12:00 p.m. noon. Visitation at the Auditorium on Tuesday after 9:00 a.m. until the services begin. Interment will be at Southeast Louisiana Veterans Cemetery at 1:30 p.m.