This complicates the flood fight in Eastern St. Bernard Parish. 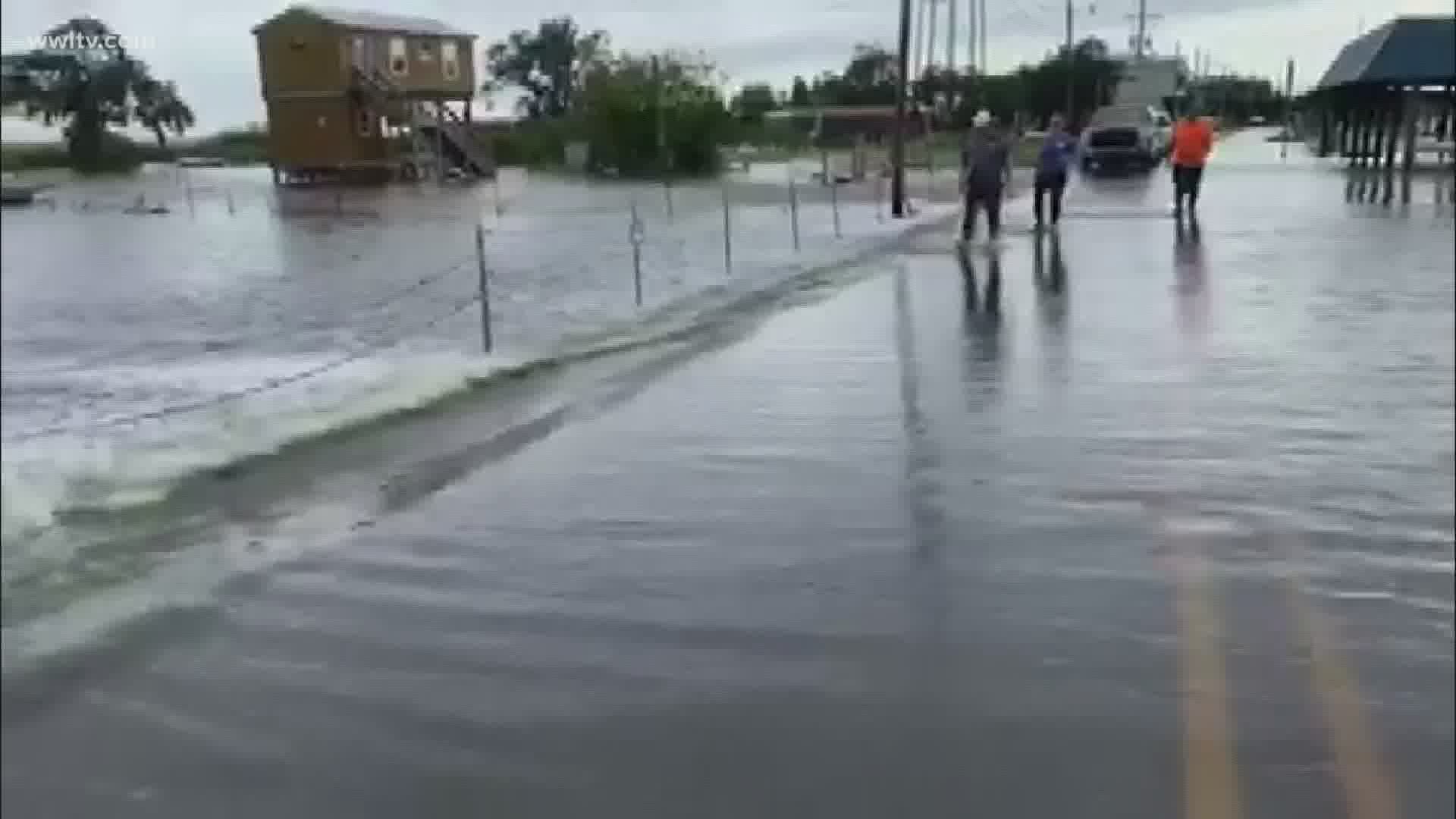 Tuesday, storm surge from Hurricane Sally overtopped a series of ring levees in the Woodlake-Delacroix area.

The ring levees, which provide some flood protection, were no match for the rising tide that pushed ashore as Sally spun in the Gulf dangerously close to the Louisiana Gulf Coast.

This is the same area that experienced some overtopping with Tropical Storm Cristobal in June.

This obviously complicated the flood fight in Eastern St. Bernard Parish. The storm surge was already expected to reach around 7 feet above normal in places like Hopedale, Yscloskey and Shell Beach before starting to recede.

“What happened was once that wind turned just a little bit that water started trying to get out of here and it came over the road and it just filled up that area between the road and the levee” McInnis said. “So, that water is going to be sitting there a long time. The pumping capacity to get that water out, we just don’t have it. So, depending on the tide and how long it takes for the tide to fall, we’re going to have to cut the levee and let the water go out on its own. Our crews worked their butt off for the last three days to prevent this, but sometime mother nature wins.”

Because of the levee overtopping and the current high water on the roads outside the levee protection system, residents are being stopped and turned around at the Verret Flood Gates.